I’ve been really amazed and curious about what causes differences (in people) and what’s the usefulness and purpose of that,” said Georgia Dunston, who grew up in Norfolk, Virginia, amid a strong black church tradition. “That’s been the captivating question of my life.”

When she speaks publicly, Dunston often illustrates her curiosity with a story from her childhood. She’d ask: “Mama, why he make me a girl? Why he make me colored? Why he give me kinky hair? It looks like God loves some of his children a little bit more than others.” She repeated these questions often. At their root, she wondered: “How does that difference reflect his love?”

Dunston simply had questions that others couldn’t answer, so she kept going to school. When she graduated with a doctorate from the University of Michigan in 1972, there were very few people doing medical research in the black community. She began as a postdoc at Howard University, eventually moving to the National Cancer Institute.

One area of her research sought to understand why blacks did not do as well with organ transplants as whites did. At the time, doctors gave patients a tissue-typing test to determine if a donor was a good match. “We were able to identify antigens or genetic types that were frequent in blacks that were not in the general white population,” she said. “Most of the antigens that were used in determining tissue type were collected by white donors.”

It was a step forward. Yet biologists aspired to more. Genetics research at the time mainly focused on rare diseases attributed to a single gene. Diseases caused by many genes and affecting large swaths ... 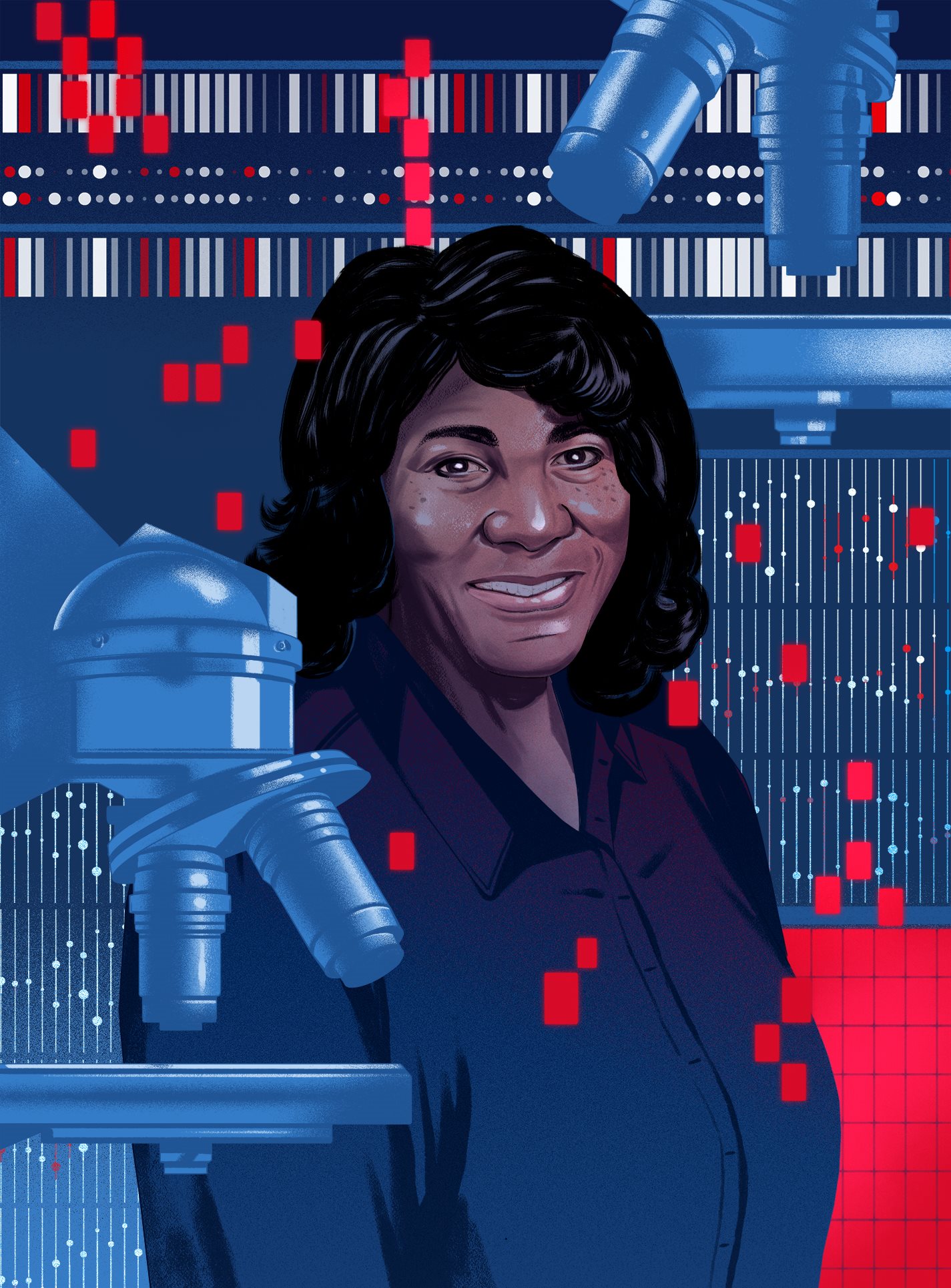