How Archaeologists Are Finding the Signatures of Bible Kings, Ancient Villains, and Maybe a Prophet

Wet sifting brings us closer than ever to the world of Jeremiah, Isaiah, and Hezekiah.
Gordon Govier|November 22, 2021
español简体中文繁體中文
Image: Photo by Menahem Kahana / Staff / AFP / Getty Images
Volunteers look for artifacts in soil removed from the Temple Mount. Background: Buckets of debris from the Temple Mount Sifting Project.

The closest I’ve ever felt to the prophet Jeremiah was sitting at the bottom of an empty cistern. About 20 years ago, I was taken to an excavated water reservoir in Jerusalem and told this could be the actual hole in Jeremiah 38:6 where the prophet was left to starve when four government officials decided they didn’t like his messages from God.

I sat on a bench and looked up at the stone walls. Jeremiah sank into the mud, according to the biblical account.

But maybe it wasn’t at that spot. Who’s to say it was this cistern, which was dug up in 1998, and not another one that has yet to be found? Or perhaps it will never be found. I could imagine the prophet trapped in that exact place, wondering if God would rescue him, but short of finding “Jeremiah” scratched on the wall, no one could say for sure.

In the time since I was there, questions have been raised about that cistern, casting doubt on its role in the Jeremiah drama. It’s not a place people visit these days.

Archaeology can take you so close to the biblical world and still leave you wishing someone had left a signature.

When people do find signatures, it’s a very big deal. In the past few years, in fact, archaeologists have been finding a lot of the impressed clay seals that ancient Israelites used to secure the knot on the string that tied up a scroll.

In 2005, Israeli archaeologist Eilat Mazar was directing an excavation of the oldest part of Jerusalem. Her team found the imprint of a stamp, and on that clay seal was a name: Jehukal, the son of Shelemiah, one of the men who threw Jeremiah into a cistern.

Three years later, Mazar announced the discovery of another “bulla,” as the seals are called. This one also ...

How Archaeologists Are Finding the Signatures of Bible Kings, Ancient Villains, and Maybe a Prophet 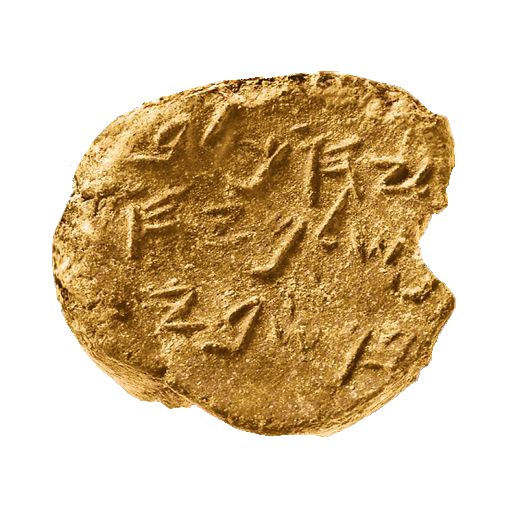 How Archaeologists Are Finding the Signatures of ...