Churches across the US and Canada sang, “Refiner’s fire / my heart’s one desire / is to be holy” for a full decade after Vineyard worship pastor Brian Doerksen released it in 1990.

“Overcome,” written by megachurch worship leader Jon Egan in 2007, was just as popular. But North American churches only sang, “worthy of honor and glory / worthy of all our praise / you overcame” for about three years.

Worship songs don’t last as long as they used to. The average lifespan of a widely sung worship song is about a third of what it was 30 years ago, according to a study that will be published in the magazineWorship Leader in January.

For the study, Mike Tapper, a religion professor at Southern Wesleyan University, brought together two data analysts and two worship ministers to look at decades of records from Christian Copyright Licensing International (CCLI). The licensing organization provides copyright coverage for about 160,000 churches in North America and receives rotating reports on the worship music that is sung in those churches, tracking about 10,000 congregations at a time.

Looking at the top songs at those churches from 1988 to 2020, the researchers were able to identify a common life cycle for popular worship music, Tapper told CT. A song typically appears on the charts, rises, peaks, and then fades away as worship teams drop it from their Sunday morning set lists.

But the average arc of a worship song’s popularity has dramatically shortened, from 10 to 12 years to a mere 3 or 4. The researchers don’t know why.

Marc Jolicoeur, who worked on the study, said the data confirmed what many music ministers have felt intuitively. It matches his experience as a Wesleyan ... 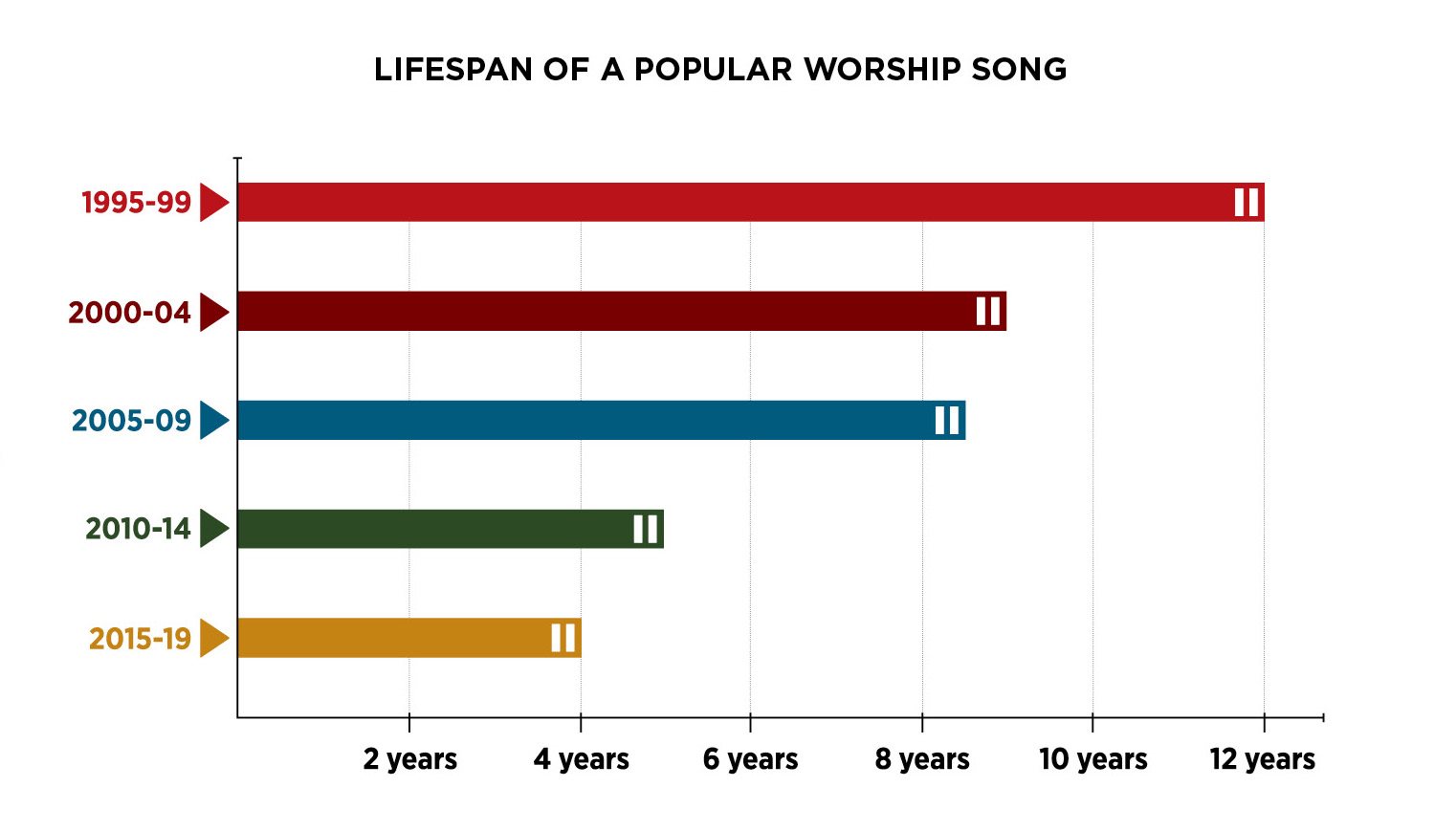