Churchgoers are six times more likely than preachers to say that their church’s typical sermon goes over an hour. Preachers, on the other hand, are twice as likely to say their sermons last less than 15 minutes.

Time, it seems, moves differently in pulpit and pew.

Modern preachers may decry the shortened attention spans of contemporary congregants, but conflict over sermon length isn’t new. It was a frequent point of contention during the Reformation, as preachers discovered the great depths of the Word—and went on and on about it.

Some sermons clocked in at three hours. Even the leading Reformers soon suggested restraints. Thomas Cranmer thought an hour and a half really ought to be plenty of time. John Calvin said a preacher needed to stop when he got tedious. Martin Luther offered young ministers this indelible advice: When people say, “He was prattling on and could no longer stop,” that’s a bad sign.

British churches eventually started installing hourglasses by the pulpits, according to church historian Owen Chadwick. The craftsmen who made them were more sympathetic to the experience in the pews than in the pulpits, though, and more than a few of the timepieces did not keep an honest hour. One surviving hourglass reliably runs out of sand at 48 minutes.

Though the preacher probably said it was half an hour.

@Danielsilliman
This article is from the Jul/Aug 2022 issue. 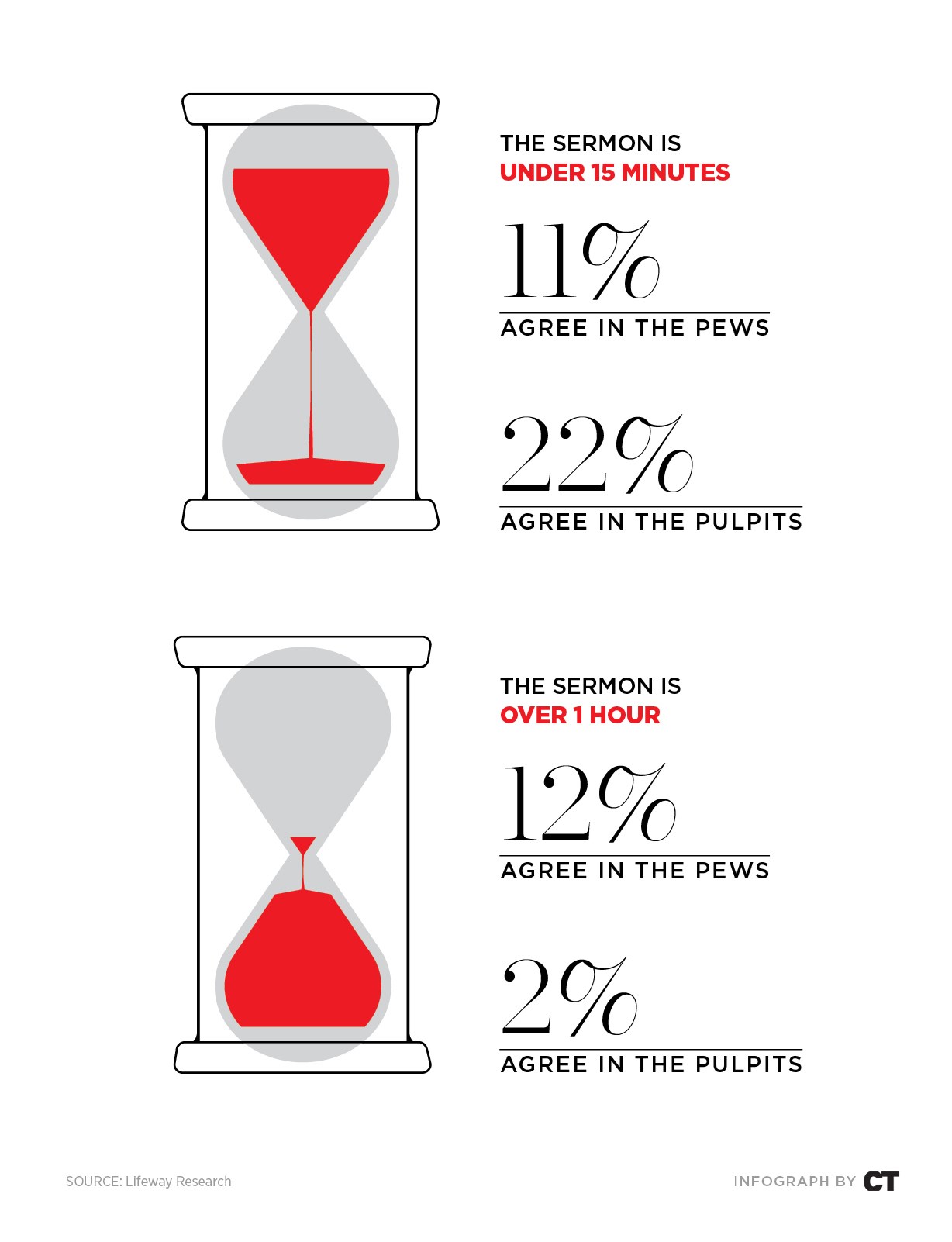