Alissa Wilkinson |October 24, 2008
Watch This Way
But He Was Silent

Commentary on 'The Leftovers,' episode 3, in which the boats and the helicopter were just a lucky break.
Alissa Wilkinson|July 14, 2014
Entertainment
Gone Girl

Being duped and blinded to the truth is no laughing matter. So why are we so obsessed with cults?
Alissa Wilkinson|April 06, 2016
Watch This Way
The Sympathetic Doomsday Cult Leader

This year, the stories we told ourselves often explored the origins of evil, with surprising answers.
Alissa Wilkinson|December 31, 2014
Book Review
Why We're Hooked on Heaven and Hell

What pop culture's afterlife obsession tells us about ourselves.
Alissa Wilkinson|March 23, 2015
Entertainment
Dispatch from Berlinale–'Midnight Special'

The latest from Jeff Nichols that is something quite different beneath the scifi surface.
Alissa Wilkinson|February 14, 2016
Entertainment
Terence Davies Talks About Making Movies That Speak the Truth

It's about much more than managing your Google calendar.
Review by Alissa Wilkinson|August 29, 2013
Entertainment
The Drop

A tale told by an idiot, signifying everything.
Alissa Wilkinson|October 16, 2014
Entertainment
Finding Dory

What are our critics watching this fall?
Brett McCracken, Kenneth R. Morefield, Jackson Cuidon, and Alissa Wilkinson|September 02, 2013
Entertainment
The Gunman

The film is flawed, but the wire walk makes it all worth it.
Alissa Wilkinson|September 29, 2015
Entertainment
Steve Jobs 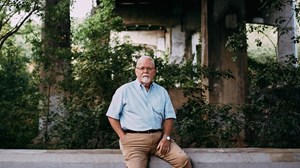