A non-Christian reporter profiles martyrs of the Middle Kingdom. A review of 'God Is Red.'
David Aikman|September 28, 2011
A Dangerous Confession

Civilization itself is the target of extremist Muslims.
David Aikman|December 11, 2006
Global Prognosis
Suffocating the Faithful

Will the last Mideast church leader be sure to turn off the lights?
David Aikman|December 17, 2007
Book Review
Song of the Secularist

Jacques Berlinerblau offers a soaring paean to freedom from religion, but the American people don't seem to be singing along.
Review by David Aikman|September 20, 2012
Global Prognosis
Attack Dogs of Christendom

Is this how to bring grace and savor to a crumbling civilization?
David Aikman|August 27, 2007
Global Prognosis
An Ugly Phoenix Reborn

European anti-Semitism is more widespread than has been let on.
David Aikman|June 01, 2006
Atheist Apostle 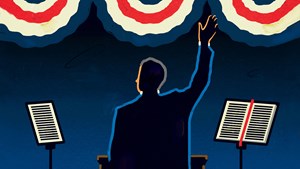