Will Ferrell returns to dangerous—and R-rated—waters in a comedy about family that’s hardly a family comedy.
Josh Hurst |July 25, 2008
Entertainment
The Uninvited

The latest American remake of an Asian thriller is modestly suspenseful and entertaining, even if a few things are lost in translation. Not bad, but not as good as it could've been.
Josh Hurst|January 30, 2009
Glimpses of God
The Sermon on Exposition Boulevard 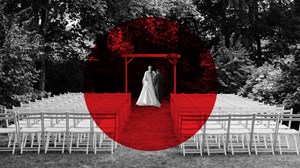