Lisa Ann Cockrel |October 07, 2005
Entertainment
Because I Said So

The directorial debut of The Office's John Krasinski provides no easy illumination to its actual question—what do men really want?
Lisa Ann Cockrel|September 25, 2009
Entertainment
The American

The Autobots and Decepticons lay waste to Chicago and revive the franchise.
Lisa Ann Cockrel|June 29, 2011
Entertainment
A Whale of a Tale

The remarkable creature—and the man of faith who took her in—behind 'Dolphin Tale.'
Lisa Ann Cockrel|September 22, 2011
Women
Bullied News Anchors and Our Fear of Fat

What Jennifer Livingston's response to one ignorant reviewer gets right and wrong about obesity.
Lisa Ann Cockrel, guest writer|October 08, 2012
Speaking Out
If Thy Stomach Offends Thee
Weight loss for me isn't about beauty or health.
by Lisa Ann Cockrel|December 01, 2005
Entertainment
Miss Congeniality 2: Armed and Fabulous

Lisa Ann Cockrel |May 05, 2006
Entertainment
Made of Honor

Lisa Ann Cockrel |April 11, 2008
Entertainment
Nothing Like the Holidays

In this latest remake of the children's book, director Michael Landon Jr. delivers not quite a classic, but an enjoyable film that nicely explores a child's imagination.
Lisa Ann Cockrel|February 27, 2009
Entertainment
17 Again

Zac Efron turns in a decent performance as a man who time travels back to his teens with a second shot at life, only to realize that his first shot was just fine after all.
Lisa Ann Cockrel|April 17, 2009
Entertainment
Away We Go

A couple on the cusp of parenthood sets out in search of community in this uneven-yet-compelling portrait of nomadic hipsters trying to put down roots.
Lisa Ann Cockrel|June 05, 2009
1 – 20 of 79 ARTICLES
page:123...4Next > 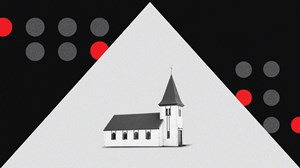 Easter
Not Even the Gates of a Hellish Pandemic Will Prevail Over God’s Church
Scripture doesn’t promise wealth or health or even life. What, then, does it promise?