1 – 20 of 178 ARTICLES
page:123...9Next >
Under Discussion
Should Marital Infidelity Disqualify a Candidate from Office?

Observers weigh in on questions related to the 2012 election.
Compiled by Ruth Moon|June 27, 2011
Women
How Sewing Saved My Sanity

I took up quilting as a hobby. I had no idea it would become a tool for soul care.
Ruth Moon|September 19, 2016
Entertainment
Is Everybody Really Fine?

Kirk Jones, writer/director of Everybody's Fine, hopes his new film will inspire families to have more realistic expectations of one another.
Ruth Moon|December 03, 2009
Women
God's Wrath and Natural Disasters: Whom Do We Blame?

Christian groups hope Meira Kumar will raise profile of India's Untouchables.
Ruth Moon|June 15, 2009
Under Discussion
Should Pastors Know How Much Church Members Give?

Experts weigh in.
Compiled by Ruth Moon|May 06, 2013
Under Discussion
Is Mercury Pollution's Effect on Newborns a Pro-Life Issue?

You can disbelieve in God, never go to church, and still identify as "evangelical" in most polls. But if you're black and evangelical, you literally don't count.
Ruth Moon|November 13, 2014
News
Why Pope Francis Excites (Most) Evangelical Leaders

Bergoglio expected to focus on poverty and set a friendlier tone in Protestant-Catholic relations.
Ruth Moon|March 14, 2013
Women
Get Thee to a Swanky Tourist Trap
What missions-oriented evangelicals gain from seeing the richer side of a poorer country.
Ruth Moon Mari|September 29, 2017
Under Discussion
Under Discussion

What was the most significant change in Christianity over the past decade?
Compiled by Ruth Moon|December 23, 2009
Business
What Makes a Company Division 'Christian'?

Wealth coach accused of swindling church members out of $5 million.
Ruth Moon|June 18, 2014
News
For Giving Tuesday: Where Evangelicals Donate (And No Longer Donate) Their Dollars

Christians are giving away more money than before the recession. But the parachurch, not churches, is getting most of it.
Ruth Moon|December 02, 2014
News
Seven Egyptian Christians Executed on Benghazi Beach

Her debut novel explores what the Book of Genesis would look like from the first woman's view.
Ruth Moon|June 08, 2009
News
NRB Forces Out WaterBrook Multnomah Publishers Over Sister Imprint's 'Gay Christian' Book 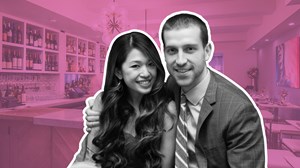