1 – 20 of 42 ARTICLES
page:123Next >
Anatomy of a Giver Part 2
American Christians are the nation's most generous givers, but we aren't exactly sacrificing.
by Tim Stafford|May 19, 1997
The Church—Why Bother?
There is no healthy relationship with Jesus without a relationship to the church.
by Tim Stafford|January 06, 2005
Great Sex: Reclaiming a Christian Sexual Ethic
By Tim Stafford|October 02, 1987
Imperfect Instrument
World Vision's founder led a tragic and inspiring life.
by Tim Stafford|February 24, 2005
Interview
Os Guinness: Welcome to the 'Grand Age of Apologetics'

With the era of 'Christian consensus' coming to a close, we have a fresh opportunity to make the gospel appealing.
Interview by Tim Stafford|July 23, 2015
A Heaven-made Activist
Joni Eareckson Tada is driven forward by hymns of praise and her sovereign God.
By Tim Stafford|January 01, 2004
The First Black Liberation Movement
The untold story of the freed slaves who brought Christ—and liberty—to West Africa. An interview with Lamin Sanneh.
By Tim Stafford|July 14, 2000
Interview
It's Okay to Expect a Miracle
Scholar Craig Keener rediscovers the reality of divine intervention.
Interview by Tim Stafford|December 09, 2011
News
Seated Next to You

Chris Wright makes a serious call to global evangelicalism
by Tim Stafford|October 24, 2010
Interview
We Are Not Enough in Awe of God

The first chapter of Tim Stafford's new novel about the abolitionist movement.
By Tim Stafford|January 01, 2000
Stamp of Glory (Part 3) 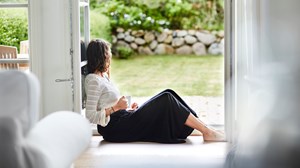 Discipleship
Bloom Where You’re Quarantined
Some of us were lonely well before the pandemic. How do we find God’s comfort now?