The evangelist speaks to CT on obedience, Heaven and Hell, and his My Hope campaign.
Interview with Christianity Today|October 15, 2013
Interview
Q & A: Billy Graham on Aging, Regrets, and Evangelicals

The evangelist says he "sometimes crossed the line" in politics, "old age can be a lonely time," and warns evangelicals of being "victims of our own success."
Interview by Sarah Pulliam Bailey|January 21, 2011
Interview
Billy Graham on Watergate

The evangelist speaks about his relationship with Nixon and the implications of the Watergate scandal.
October 28, 2008
Interview
Taking the World's Temperature

Billy Graham speaks on the spiritual atmosphere of the late 1970s, the charismatic movement, and his regrets.
October 28, 2008
Interview
The Evangelical World Prospect

Graham speaks about televangelism, safeguarding against temptations, and other issues in ministry.
Interview by Terry Muck and Harold Myra|October 14, 2008
Interview
Candid Conversation with the Evangelist

Graham's freewheeling comments reflect the character and charisma that have spurred his career as a Christian crusader.
October 24, 2006
1 – 8 of 8 ARTICLES
page:1
Top Story January 17, 2020 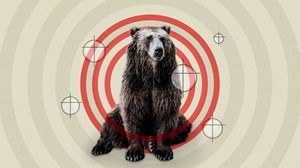