Featured Topics
Obedience
Related:
Spiritual Formation | Vocation | Virtues and Vices | Purpose | Prayer
1 – 20 of 239 ARTICLES
page:123...12Next >
Blog Forum | The Exchange
Defining Leadership: What Is It and Why Does It Matter in Church?
Leadership is a key component in the health of any church or ministry.
Ed Stetzer |December 06, 2019
Book Review
Celibate Gay Christians: Neither Shockingly Conservative nor Worryingly Liberal

A new book uses stories and statistics to dispel stereotypes and suspicion.
Ed Shaw|June 21, 2019
Blog Forum | Pivot
Faithfulness: God's Goals + Ordinary Actions = Extraordinary Results
It’s great to dream big dreams. It’s greater to be consistent in the small, mundane tasks that make those dreams possible.
October 15, 2018
Theology
How to Avoid the Folly of the Pharisees
The real mistake made by Jesus' classic adversaries might surprise you.
Brandon D. Crowe|August 17, 2018
CT Pastors |
The Pastor's Currency Is Influence

Are you spending it wisely?
Lee Eclov|April 11, 2018
Two Marvelous Truths Help Me Say No to Sexual Sin
As a same-sex-attracted woman married to a man, I was struggling to ward off temptation on my own power. Then God showed me I didn’t have to.
Rachel Gilson|December 14, 2017
Book Review
‘You Can’t Just Tell Us What to Believe’
Gregory Coles says the church should offer “breathing room” for gay Christians, like himself, who want to pursue sexual holiness.
Tyler Streckert|October 06, 2017
I Never Became Straight. Perhaps That Was Never God’s Goal.

Why I embraced the Bible's sexual ethic before I understood it.
Rachel Gilson|September 20, 2017
CT Pastors
Confessions of a Former ‘It’ Church Pastor
We were the hottest church in our area. Then everything imploded.
Anonymous|August 09, 2017
CT Pastors
How a Small Congregation Fed 145,000 People
God is using 124 people from this historic congregation to support a big ministry.
Amy Simpson|July 25, 2017
CT Pastors
How I Leverage My Autism for Pastoral Ministry
My life-changing diagnosis forced me to learn myself—and my ministry role—all over again.
Lamar Hardwick|May 10, 2017
CT Pastors |
Uniting a Violence-Plagued City in Prayer
Neither death threats nor tepid response discouraged two pastors from praying over every murder site in their city for years.
Matt Woodley and Trevor McMaken|April 25, 2017
Book Review
The Jesus Everybody Loves

Even nonbelievers value his teachings. But all of us have trouble living them out.
Rob Moll|January 26, 2017
Blog Forum | Pivot
Finding God's Will for Your Life Is Easier than You Think
Many Christians overplay the importance of God's specific will, while underestimating the value of God's universal will.
by Karl Vaters|September 12, 2016
Blog Forum | The Exchange
Individual Mission
How we respond to the church in exile?
Ed Stetzer|April 18, 2016
Blog Forum | The Exchange
Contextualization at Home: What Would Jesus Do Here?
We can’t reach the world for Jesus if we don’t know Jesus and how He operates.
Ed Stetzer|November 23, 2015
CT Pastors | MY CALLING TESTED
When Is My Ministry Done? 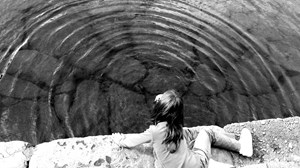 Lent
The Cross Changes Everything
Why the Crucifixion is the center of our theology—and our lives.