Featured Topics
Philip Yancey
Philip Yancey (1949-) is a best-selling Christian author and former Christianity Today columnist known for his award winning titles The Jesus I Never Knew and What ...
Related:
International | Evangelicalism | Missions | Prayer and Spirituality | Prayer
1 – 20 of 137 ARTICLES
page:123...7Next >
Christmas
Melancholy Angels
God’s messengers can be both bombastic and surprisingly subdued.
Philip Yancey|December 20, 2018
The Evangel-ist
Billy Graham restored a sense of goodness about the Good News.
Philip Yancey|February 21, 2018
The Good News Hiding Beneath the Headlines 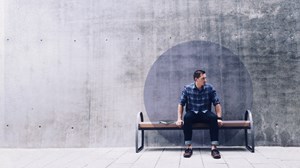