Home > 2014 > December
December 01, 2014|LeadershipDerwin L Gray
Ask for a Towel, Not a Title
Developing servant-leaders in the local church. 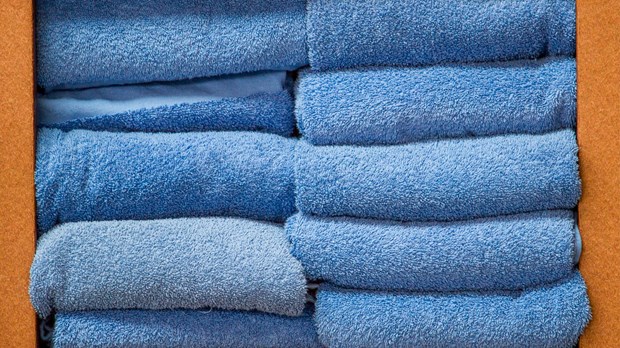 A little while back, I was in a conversation with a gentleman at our monthly newcomer’s gathering. He was a Christ-follower who had walked with Jesus for many years. He asked the typical questions that someone would ask concerning the new local church he was considering joining, including what was our biblical basis for ministry. This was great question.

I explained to him that one of our values is leadership development. This means that we are committed, through the Spirit's enabling power, to developing leaders. The church rises or falls on the shoulders of her leaders; therefore, every member must be seen as a "royal priest" and a leader (See 1 Peter 2:9).

Another value we teach is that we are a servant community. We describe it this way: “Transformation Church is committed, by the Spirit's enabling power, to develop a biblical, servant-hearted community, in which we serve each other through our grace-gifts as we serve in our spheres of influence by being the heart, hands, and feet of Jesus” (See John 13).

I told him that we are committed to developing leaders from our congregation who serve effectively at school or their jobs, as well as serve in a ministry role here in the local church. We believe a key ingredient to our discipleship and leadership development is serving people. In fact, nearly 90 percent of our staff has come from within our congregation.

More than 1,100 people serve in vital ministry roles. We don’t use the word “volunteer” to describe them; instead, we use the word “servant-leader” because they lead by serving our community. Volunteering is something that’s optional. When you are a member of the body of Christ, you have an essential function in maintaining the health and life of the local church (Eph. 4:16). My heart doesn’t “volunteer” to beat—it’s a necessary role that must be fulfilled for my body to operate the way it was designed. Servant-leaders in the body of Christ are necessary in order for the local body to operate effectively.

The gentleman said basically that he didn’t graduate from seminary to be a servant-leader, and I thought in my mind, “Yep, you’ll be around for a month or so before you leave.” This gentleman was looking for a title, instead of a towel. He left about a month later.

Ironically, about the same time there was another man, who had experienced great success in the corporate world, that came to me and said, “I’ll clean toilets. Just let me know what I can do to serve. God has changed my life so much through this ministry; I just want to give back.” After several years of behind-the-scenes service, this man is now on our executive leadership team.

I believe leadership is not telling people what to do, but living out yourself what you want those you influence to embody.

On the night that Jesus was betrayed, his disciples argued over who would have the greatest title among them, “And he said to them, ‘The kings of the Gentiles exercise lordship over them, and those in authority over them are called benefactors. But not so with you. Rather, let the greatest among you become as the youngest, and the leader as one who serves. For who is the greater, one who reclines at table or one who serves? Is it not the one who reclines at table? But I am among you as the one who serves’” (Luke 22:24–27, ESV).

The disciples wanted a title, and Jesus gave them a towel! Shockingly, Jesus––the Son of God, the King of Kings, the Great I Am––washed the feet of his disciples to embody the kind of leaders he wanted them to become.

“Jesus, knowing that the Father had given all things into his hands, and that he had come from God and was going back to God, rose from supper. He laid aside his outer garments, and taking a towel, tied it around his waist. Then he poured water into a basin and began to wash the disciples’ feet and to wipe them with the towel that was wrapped around him” (John 13:3–5).

This is the essence of leadership––this is beauty and power. Imagine how different the world would be if we led this way?

How was Jesus able to humble himself?

Ken Boa in Conformed to His Image shares an insight into why Jesus, in his humanity, was able to humble himself:

When God’s people know that their dignity, power, significance, identity, security, and destiny are rooted in the limitless, unconditional love of God in Christ, we, too, can ask for a towel, instead of a title.

Ask for a Towel, Not a Title

Ask for a Towel, Not a Title