Home > 2014 > December
December 22, 2014|Gospel of GraceDerwin L Gray
The Other Brother
Lessons in grace from the prodigal’s brother. 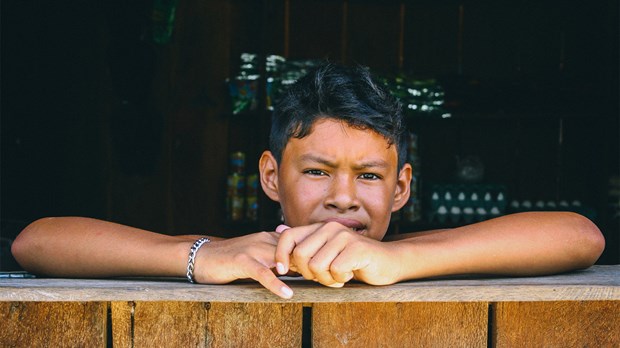 The story of the prodigal son in Luke 15 is a familiar one to many Christians. There is much to learn about grace from the story of the son who rebels and returns. But, there is also a lot to learn from the one who stays behind.

Sadly, the older brother is just as far from his father’s love as the one in rebellion. In the story we find the religious brother angry that his father would celebrate the return of his prodigal son. The other brother is a model of a man with spiritually dead heart, but an externally religious life. He faithfully served his father for years. Listen to his words,

“I never disobeyed your command, yet you never gave me a young goat that I might celebrate with my friends. But when this son of yours came, who devoured your property with prostitutes; you killed the fattened calf for him” (Luke 15:29–30).

People who do not understand grace are quick to talk about their performance when they feel like they’ve been wronged. They say, “Dad, I always obeyed you,” not “Dad, I’m honored to be your son. You have given me everything that I could ever need.” The older brother shows his true colors by basically telling his dad, “I’m the victim here. You should be celebrating me, not your whore-chasing son. I deserve more.”

This brother found his purpose in being good, not in being loved by his daddy. This is what a person who finds their purpose in being good––not in God’s goodness––does. Religion says, “I am a good person. Look what I’ve done.” Grace says, “The only goodness in me is Jesus. Look at the good thing he has done for me.” Even though the brother was religious, he was just as spiritually dead as the one who ran away. He may have appeared on the outside to be the better son to the father, but he was just as rotten to the core.

As the story continues, we find the older brother standing outside the house during the celebration. He had no experience with grace, so he could not give grace to his brother. He only experienced empty religion: His purpose was not found in being loved by his daddy but in what he did for his daddy.

His purpose was not found in being loved by his daddy but in what he did for his daddy.

In a heartbreaking scene, the father tells his older son all that I have is yours. But because the brother did not serve his father out of love, he couldn’t understand why his father was treating his rebellious brother with such extravagant love.

Both sons were living purposelessly but in different ways. Both sons abandoned their father’s love and purpose for their lives. One was a religionist and the other was a wild, hard-partying child. Both were lost. Both tried to save themselves. But only the prodigal son let his father save and restore him to his purpose.

Do you see yourself in one of these two brothers? How has God’s grace affected you?

To read more about God’s grace in our lives, check out my book Limitless Life: You are More Than Your Past When God Holds Your Future.