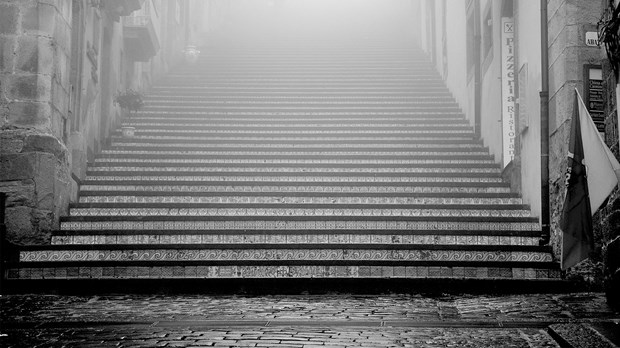 Earlier this year, I posted a large part of the following post on Ed Stetzer’s blog. But I want to share it here as well, with some important additions, to set the tone for an ongoing conversation on multiethnic churches.

In Acts 15, we find the first major church dispute. Considering how Christians like to argue about stuff, the reason for the disagreement is quite interesting.

Was it over Calvinism, Arminianism, or Molinism?

Was it over speaking in tongues, prophecy, or healing?

The first major church dispute actually was over how fast multiethnic churches were growing outside of Jerusalem. These ethnically diverse congregations were blowing up the mental and cultural circuits of the Jewish believers in the holy city.

These first-century multiethnic churches included Jews and Gentiles of Phoenicia and Samaria, as well as uncircumcised Africans, Arabs, Greeks, Syrians, Asians, Romans, Persians, and more. Their presence and growth challenged traditional concepts of what it meant to be Jewish and what it meant to follow Jesus.

If only all the theological disputes in Christian history had been caused by successful mission and rapid church growth. Undoubtedly the first dispute was. The first major council of the church (Acts 15) was convened to consider a knot of problems caused by the success of cross-cultural church planting efforts. These had been initiated by the church of Antioch and carried out among the predominately Gentile and ethnically diverse peoples of the Roman provinces that made up what we now call Turkey. Paul and Barnabas, who had been entrusted with this initiative, were not the first to cross the barrier from Jew to Gentile with the good news of Jesus Christ. Philip (Act 8) and Peter (Acts 10) had already done that. They were, however, the first to establish whole communities of believers from mixed Jewish and Gentile backgrounds―that is, to plant multiethnic churches.

Specifically, the Pharisees responded to the news about the growing churches from Paul and Barnabas, saying, “It is necessary to circumcise them and to order them to keep the law of Moses” (Acts 15:5). They leaned on their ethnicity as the means of their salvation coupled with belief in Jesus. Their thought process was that the Jews were God’s chosen people. It was Jews who had the law, the Sabbath, circumcision, and the dietary laws. Therefore, the Gentiles had to become Jews in order to be saved and become members of God’s people. This is called ethnocentrism.

In the midst of this heated debate, Peter stood up and said

“Brothers, you know that in the early days God made a choice among you, that by my mouth the Gentiles should hear the word of the gospel and believe. And God, who knows the heart, bore witness to them, by giving them the Holy Spirit just as he did to us, and he made no distinction between us and them, having cleansed their hearts by faith. Now, therefore, why are you putting God to the test by placing a yoke on the neck of the disciples that neither our fathers nor we have been able to bear? But we believe that we will be saved through the grace of the Lord Jesus, just as they will” (Acts 15:7–11, ESV).

Peter’s words match Paul’s, when Paul writes, “For as many of you as were baptized into Christ have put on Christ. There is neither Jew nor Greek, there is neither slave nor free, there is no male and female, for you are all one in Christ Jesus. And if you are Christ’s, then you are Abraham’s offspring, heirs according to promise” (Gal. 3:27–29, ESV). To Paul, it was not ethnicity that saved the Jews or Gentiles. It was the life, death, resurrection, and ascension of Israel’s Messiah alone.

Sure, the council at Jerusalem in Acts 15 was about circumcision and food, but it was also about ethnicity. The gospel of grace is so glorious––a new humanity is created and man is reconciled to God and to one another (2 Cor. 5:14–21).

In the 21st-century American church, these concepts of circumcision and eating restrictions do not make much sense; however, when we build homogenous local churches, even though ethnic diversity is possible, it is a form of ethnocentrism. Homogenous churches, in essence, have a culture that says “Our way of being the church is better than your way and that’s why our ministry models are geared to reach and minister to people who are like the majority culture.” I suspect this is mostly done out of ignorance, not out of malicious intent.

For example, my daughter’s high school was 60 percent white and 40 percent black, Asian, and Latino. Yet every church in this area is overwhelmingly homogenous. We hide our ethnocentrism with nice words like “This is our ‘style’” or “This is the way we’ve ‘always done church.’” The gospel of the Lord Jesus doesn’t give us the option to build homogenous local churches because God desires for the local church on earth to reflect the eternal church.

Why is it that the secular, public school system can achieve ethnic diversity and the supernatural local church can’t?

Why is it that the secular, public school system can achieve ethnic diversity and the supernatural local church can’t?

Speaking as a planter of a multiethnic local church, it is so beautiful to see ethnically diverse people loving Jesus and each other as one voice glorifying God. Like Paul and Barnabas witnessing the reconciliation of Jews and Gentiles, we are invited to partner with God to bring the eternal church into the present.

Are you concerned with multiethnic church planting? The apostle Paul was, and it’s God’s heart.

How Can We Have Hope When Everything Looks Hopeless?How to Hold On When Everything Is Coming Apart So What Does It Mean to Love Your Neighbor?All Good Things Must Come to an End