Home > 2015 > March
March 05, 2015|ChurchDerwin L Gray
The Gospel We Preach Determines The Churches That Exist
Why does the gospel preached in America produce homogeneous churches? 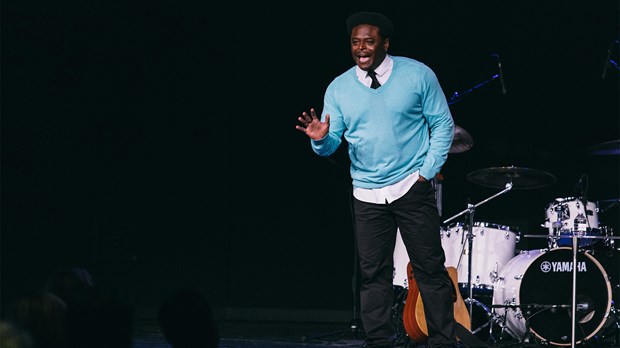 Whether you are a church planter, pastor, or other Christ-follower, I hope you will seriously grapple with the words of my good friend and doctoral advisor, New Testament scholar Scot McKnight. In his book A Community Called Atonement: Living Theology, he shares some powerful and sobering thoughts about how the gospel that the apostle Paul preached produced local churches that were much different than ours are today in America.

He writes, “About 90 percent of American churches have developed in such a way that about 90 percent of the people in those churches are of the same color. Which is to say that only about 10 percent of churches are integrated. Why might this be so? Michael Emerson and Christian Smith, in their prophetic book Divided by Faith, conclude with this: ’The processes that generate church growth, internal strength, and vitality in a religious marketplace also internally homogenize and externally divide people. Conversely, the processes intended to promote the inclusion of different peoples also tend to weaken the internal identity, strength, and vitality of volunteer organizations.’ In other words, ’The gospel we preach shapes the kind of churches we create. The kind of church we have shapes the gospel we preach.’”

The gospel that is preached in America produces homogeneous churches. But the gospel Paul preached in the first-century, Greco-Roman world produced multiethnic, multiclass churches. Reflect on these texts (emphasis added):

“Here there is not Greek and Jew, circumcised and uncircumcised, barbarian, Scythian, slave, free; but Christ is all, and in all” (Col. 3:11, ESV).

“I am under obligation both to Greeks and to barbarians . . . For I am not ashamed of the gospel, for it is the power of God for salvation to everyone who believes, to the Jew first and also to the Greek” (Rom. 1:14, 1:16, ESV).

To win Jews and Gentiles, Paul says, “I have become all things to all people so that by all possible means I might save some. I do all this for the sake of the gospel, that I may share in its blessings” (1 Cor. 9:22b, ESV).

According to another leading New Testament scholar, N.T. Wright in Paul and the Faithfulness of God, “The reconciliation of Jew and Greek, particularly, was obviously near the heart of Paul’s aim . . . Paul wanted to see as the result of all his labours cross-culturally united worship.”

Intrinsic to Paul’s gospel was a barrier-breaking, hostility-destroying power that brought ethnically diverse people together in Christ and created a species of humanity that was no longer defined by its tribe or ethnicity, but by Christ. Marinate on Paul’s God-inspired words of Ephesians 2:14-16: “For he himself is our peace, who has made us both one and has broken down in his flesh the dividing wall of hostility by abolishing the law of commandments expressed in ordinances, that he might create in himself one new man in place of the two, so making peace, and might reconcile us both to God in one body through the cross, thereby killing the hostility” (ESV).

As Paul writes in these verses, these four gospel realities are complete. God’s people just need to walk in the “good works” Jesus has prepared beforehand for us to walk in (Eph. 2:8-10).

Whether you are pastor, church planter or Christ-follower, ask yourself this question: Is the gospel I’m hearing and believing in accordance with Paul’s passion to see the local church be ethnically diverse?

The Gospel We Preach Determines The Churches That Exist

The Gospel We Preach Determines The Churches That Exist