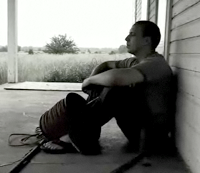 Kary Oberbrunner, self-described "Recovering Pharisee," is the Pastor of Discipleship and Leadership Development at Grace Church in Powell, Ohio. He is also the founder of Redeem the Day Ministries and author Called and The Journey Toward Relevance. His most recent book, The Fine Line: Re-envisioning the Gap between Christ and Culture, aims at helping the church figure out what it means to live in the world, while not being "of it." While many in the church are talking past one another on the issue of cultural relevance Kary's book should prove to be a helpful addition to the conversation-- if people will listen.

I had the chance to read The Fine Line when I wrote an endorsement for it. It is a good read and worth your time. We asked Kary a few questions as part of his blog tour. Kary will be around to interact so please take a look and share your questions.

Also, he is doing a radio program Monday if you want to call in instead of write questions here. See his blog for more info.

On to the interview...

Ed Stetzer: What compelled you to write a book about something the church seems to be talking a lot about these days?

Kary Oberbrunner: I grew up in a Christian home. I did the whole Christian school, Christian college, and Christian seminary gig. One day I guess I woke up and said, gee, I have nothing in common with anyone in the world. In fact, I don't even know many unbelievers. I found myself extremely judgmental toward culture and I knew God wasn't impressed. Jesus told his followers he wanted them to be in the world and not of it. But here I was, removed from the world, isolated in my little Christian subculture.

I knew my problem, but I didn't have a solution. And believe me I looked. Everywhere! CD's, seminars, conferences, you name it. Sure there was the book Christ and Culture by Richard Niebuhr, but that was written well over fifty years ago when times were different.

Niebuhr, a genius faculty member of Yale Divinity School, named the Sterling Professor of Theology and Christian Ethics, attempted to describe the variety of ways in which Christians interact with culture, and make sense of it. His book was profound, for its time. Many classify it as one of the most influential Christian books of the past century. No other book has dominated an entire theological conversation for so long.

But as a twenty-something at the time, I wasn't impressed. It's not that I didn't like the topic of a believer's role with culture- I was fascinated by it - but I couldn't understand Niebuhr's book. Even though I'd been a pastor for years, graduated from two seminaries, and have a doctorate in ministry, I couldn't grasp Niebuhr's style. It's written for the elite within the academy not for the masses within the church.

You see, in 1951 the world was very different. Homosexuality was considered a mental illness. The divorce rate was less than ½ of what it is today. Prayer was still allowed in school. Abortion was illegal. There was no Internet or cell phones. And attending movies was considered a sin by many.

A book about Christians transforming that type of culture is a little bit different than today. One might argue that our culture back then was much more Christian. On some levels it was easier.

Even though culture has changed God hasn't. And our generation needs to re-envision what it means to live in the world and not of it. Christians today want to know how they can transform culture not separate from it or conform to it. We need a new paradigm for a new time.

Ed Stetzer: So, what does it really mean to be "in the world, but not of it?" 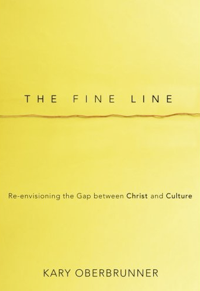 Kary Oberbrunner: Christians fall into one of three camps: the Separatists, the Conformists, and the Transformists. Only one camp is relevant. The other two have alienated themselves from the conversation. Separatists reject culture. Conformists embrace culture. Only Transformists change culture.

It's why Jesus said that the entire Law and Prophets hung on 2 commandments, loving God and loving people.

The Fine Line shows how we all lean tend toward irrelevance. Separatists think they love God and end up failing to love people. Conformists think they love people and end up failing to love God. But only Transformists love God and people. They're the Christians who walk the fine line and they're the people who are re-envisioning the gap between Christ and culture.

Ed Stetzer: Why is being "in, but not of" problematic?

Ed Stetzer: What are some of the current cultural issues that make avoiding the pitfalls of separatism and syncretism difficult for the church?

Ed Stetzer: You mention the dangers of being a separatist on the one hand (cultural retreat) and a conformist on the other (cultural conformity); how do each of those tendencies dishonor Jesus and the gospel?

Kary Oberbrunner: Many Christ followers for many years have misunderstood what being in the world, but not of it truly entails. For fear of being of the world, the Separatists (in the book "deceived God lovers") have forever attempted to escape the world. Their motives are correct, wanting to be righteous, but their outcome are always skewed.

Sometimes the Separatists have built a Christian subculture -a cheesy, vanilla flavored, sanctified copycat version of pop culture. Other times Separatists have done some fairly epic, but irrelevant acts, like a guy named Simeon Stylites a monk type figure alive in the 400's who lived on top of a 50 ft. pillar for over 36 years, in order to escape the wicked world.

The plan backfired and he became a rock star in his own right, only attracting more "worldly" fame.

For fear of going out of the world, the Conformists (in the book "deceived people lovers") have forever become of the world. Their motives are correct, wanting to be relevant, but their outcomes are always skewed too.

Many Conformists become church haters and hypocrites. Conformists want to change the stereotype of Christians being lame, but they cross the line and the limits by simply conforming to the world, instead of transforming it.

We're not perfect, but we're seekers. We long to have a pure relationship with the Creator of the Universe. We desire to know the "why" behind the "what" and the purpose behind the principle. Of course there will be mistakes along the way, but this is what sets us apart. We have a little more grace and patience with each other, because we know what we've been saved from.

Ed Stetzer: What are some other books or resources you would recommend to Christians who are trying to follow Christ into the world and see him bring about transformation?

Kary Oberbrunner: Two books rocked my world, about 8 years ago. Although most people think I'd mention Niebuhr's seminal book Christ and Culture, published in 1951, I don't. It didn't speak to me. It was simply too theoretical and academic. I mean it put a skeleton out there, but the flesh is lacking. I prefer two other books: Michael Horton's Where in the World is the Church and Bob Briner's Roaring Lambs. These books put the cookies on the bottom shelf. They got me in the conversation, but I think The Fine Line does a great job of taking the conversation (of how to be in the world, but not of it) to the next level.

The Fine Line is not yet available, but you can pre-order it now. In the meantime, check out the trailer below.

Join the conversation on Facebook
Tags:
None
Posted:
December 7, 2008