Evangelicals Say They Value the Church and Making a Difference

A recent study by the Barna Group sheds light on the differing values among various Christian segments of the American population. Individuals were asked to rate 19 possible outcomes in life in terms of personal desirability. 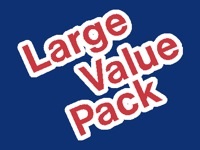 One interesting distinction between evangelicals and other groups is the high value they place on being active in the church and making a difference in the world.

The biggest gap between Catholics and Protestants was connected to the local church. "Protestants were significantly more likely than Catholics to say it would be very desirable to be personally active in a church (60% vs. 41%, respectively)."

George Barna, director of the study, points out that the study tells us something about each of the groups represented.

"The data provide a distinct image of each faith group," Barna commented. "Evangelicals are intensely driven by their faith: their life is substantially influenced by their beliefs and their lifestyle choices and aspirations reflect the centrality of their spirituality. Non-evangelical born again adults consider faith to be important but it is not the defining aspect of their existence; it is influential but not the determining factor. Notional Christians treat faith as just one of many dimensions of their life that serves a purpose, but it is not a driving force at all. Skeptics have replaced faith with a passion for healthy longevity and personal pleasure gained through world travel, sexual experiences, and obtaining knowledge. They are substantially less focused on relationships and legacy than are other groups. They tend to be less concerned about finding or pursuing a purpose in life because a majority of them believe life has no purpose beyond comfort and pleasure."

Be sure and check out the study, and offer your thoughts here. Evangelicals say they value being active in the church, what does that look like in your context?

Evangelicals Say They Value the Church and Making a Difference

expand
Evangelicals Say They Value the Church and Making a Difference