As most of you who read here know, I am not a big Willow guy, largely because I have some concerns about seeker-driven ministry.

They are good people and they love Jesus, and I have learned some good things from them, but my approach to church heads a different way. But, I have learned a lot from Hybels. And, I am interested to see how these things progressed lately. 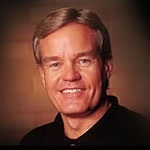 Willow has made news by, well, correcting the news. The Christian Post has the story here. And, finally, Out of Ur sorta' repents for their sensationalist headline.

When all the hubub first came up, I jumped into the fray in my monthly column in Outreach Magazine called "As I See It." (If you are a subscriber, you would have read it already! If you are not, go here and subscribe.)

The article was birthed out of my surprise at how quickly people lied about what Willow and Hybels had said. Yes, I think some were unintentional errors, and some were irresponsible spreading of misinformation, but some of it was lying.

Some misquoted what others misquoted. However, I was very surprised to see how freely people just, well, lied-- all in the name of good theology.

So, I went on a bit of a rant-- particularly addressing those who thought Willow's concern for relevance was the problem.

Here is the article.

Willow Creek repents! The evil barbarians have admitted they were wrong. Seeker churches are bad. John MacArthur is the man.

And we knew it all along. Seeker churches do not produce disciples--and even Hybels sees that now!

Too bad that is not what Hybels or the Willow team said.

Before I get too far in my rant, I must confess I am not a big proponent of seeker driven churches. My understanding of church heads a different direction. But, I am a big fan of the 9th commandment and think we ought to follow it.

Why am I not a "seeker guy"? Well, I think we need to take seekers into account when we plan what we do-- but I prefer calling that making church "seeker comprehensible." For me, I want our gathered worship to be driven more by worship and Word-- but I have learned a lot from Hybles about loving the lost, making sure my message is understandable, and having a compelling vision. And, I am learning more about how to admit you made a mistake.

So rather than listening to all the giddy Willow haters, let's take a look at what Hybels actually said:

"We made a mistake... What we should have done when people crossed the line of faith and became Christians, we should have started telling people and teaching people that they have to take responsibility to become self feeders.

We should have gotten people (and) taught people how to read their Bible between services (and) how to do the spiritual practices much more aggressively on their own."

Hybels indicated that the emphasis on programs and meetings did not produce disciples.

What does make disciples? We will soon be releasing a study at LifeWay Research that looks at over 2500 people and tracks their spiritual formation over time (longitudinally) to answer that very question.

Here are some things we have already found.

First, genuinely seeking God first in one's life produces the fruit of discipleship in a way that participating in weekly church activities cannot.

Second, being in small community makes a big difference. Those who were in small groups showed remarkably more maturity than those who were not.

More on that next year...

But, the elephant in evangelicalism is this: We have spruced up the worship, spiked up the sermons, and become great at organization-- all the while we are failing to produce disciples.

If Hybels wants to use drama, have everyone on the worship team wear matching shirts, and reaches sparkly clean suburban Unchurched Harry and Mary-- great. If you want to wear a suit, sing from a hymnal, and yell when you preach, super. The real question is this-- does your church obey the Great Commission? And, the command of the Great Commission was not to "go" (that was assumed), it was to "make disciples."

I know many Willow haters hate relevance. I can hear it now, "Brother, we don't need to be relevant, we just need to preach the word."

But, let's remember one of the four things from our recent dropout study that were most predictive of keeping young adults in church. Young adults were more likely to stay in church when they considered the sermons relevant to life.

So, after the Sunday message railing against Hybels and relevance, make sure to stand at the back door and watch the 20 year olds say good-bye-- 'cause you probably won't see them next week if not being relevant is a core value of your church.

So, relevance matters. Willow is not "repenting of relevance" they are repenting for what 95% of churches in America should also repent-- not creating Christ honoring, spiritually formed disciples. For thinking that sitting people down and having them read studies will make them disciples.

Now, you may not like Seeker churches. Great. But, listen to what the man said. Then, go home to your church and take a look at your programs and ask, "How many disciples are we really making staking people up in rows and teaching them from books..." I think you might be surprised.

Let's help people become disciples on mission, becoming spiritual self feeders, serving the marginalized, loving their neighbors, and telling others about Christ-- that might be revealing, too.

The discussion about this study has spread broadly.

For example, the Florida Baptist Witness published a Bob Burney commentary that was widely distributed. (Bob is giving opinions that I do find more harsh than necessary, but he is not among those I would include spreading falsehoods.)

The FB Witness published his commentary but, to their credit, the Florida Baptist Witness also published Willow's response to it and other statements. Looking at both sides is, I think, helpful.

Editor's note: The Nov. 15 issue carried a column by Bob Burney, "A shocking confession from Willow Creek Community Church leaders," re-printed by Baptist Press from TownHall.com responding to a new study from the Willow Creek Association. After receiving a letter to the editor referencing a statement issued by Willow Creek responding to Burney's and other accounts on the study, the Witness sought permission to publish the statement. In the interest of justice and in the spirit of Christian charity we publish the statement here.

The Willow Creek Association published a book called REVEAL in August 2007 about "ground-breaking" research findings regarding spiritual growth. These findings were based on survey results from seven churches and have now been confirmed through research with an additional two-dozen churches around the country, including two Canadian churches.

Some in the Christian blogging and media world point to these findings as evidence of a church model "flaw"/breakdown that applies exclusively to Willow Creek and/or the seeker movement inspired by Willow Creek 30 years ago.

This is not what the research shows.

Here are several quotes based on partial or incorrect information:

"'We made a mistake.' Bill Hybels ... on a study that showed the Willow Creek model had not produced spiritually mature Christians."

"The report reveals that what they've been doing for these many years and what they've taught millions of others to do is not producing solid disciples of Jesus Christ ... Numbers, yes, but not disciples... ."

"Hybels goes on to say, 'If you simply want a crowd, the "seeker sensitive" model produces results. If you want solid, sincere, mature followers of Christ, it's a bust."

Bill Hybels did not say this. Focus on the Family is printing a retraction.

REVEAL's findings are based on 30 churches besides Willow, chosen specifically to reflect a diversity of church models. We've surveyed traditional Sunday School model churches, missions-focused churches, mainline denominations, African-American churches and churches representing a wide range of geographies, sizes and styles. In all 30 churches, we've found the six segments of REVEAL's spiritual continuum, including the Stalled and Dissatisfied segments.

Forty percent of these 500 churches do not describe themselves as "seeker-focused" or "seeker-friendly".

REVEAL's findings show that Christ-followers are being developed at Willow Creek and all other surveyed churches.

The two most spiritually mature segments, called the "Close to Christ" and the "Christ-Centered" groups, account for over 40 percent of the total 30 church sample. To date the spiritual profiles of those churches show a range of 30 percent to 60 percent for these two segments.

But taking corrective action is not a new experience for Willow Creek. We've made a number of course corrections over the years - like adding a mid-week service in the '80s and building a small group ministry in the '90s. We've always been a church in motion and REVEAL is another example of Willow being open to God's design for this local church.

Willow Creek will use REVEAL's findings to take its mission to redeem people far from God to a whole new level.

Bill would say that Willow is not simply seeker-focused. We are seeker-obsessed. The power of REVEAL's insights for our seeker strategy is the evangelistic strength uncovered in the more mature segments. If we can serve them better, the evangelistic potential is enormous, based on REVEAL's findings.

I am glad Jim Smith, editor of The Witness, sought permission to publish the statement-- though it is too bad that others did not. To my knowledge, it was only publsihed in The Witness.

Now, I recognize that mentioning Hybels brings out the Pajamahadeen like moths to the flame. I would probably agree with some of the concerns, but I am not looking for a bash-Hybels session here. Instead, my question is this: why is it easier to lie about each other than to learn from each other?

Yes, we disagree on some things. But, and I know this is crazy, can we at least be honest? Honest about what others are really saying, and honest about what we are doing, or not doing, in our own churches?

Join the conversation on Facebook
Tags:
None
Posted:
July 7, 2008