So, when most people think of megachurches they not only think of mega-numbers, but also mega-sanctuaries. But you'd be surprised. While megachurch size (in number) has increased, sanctuaries have not grown in size. According to a national study co-authored by Warren Bird of Leadership Network, "Changes in American Megachurches", (see page 6), attendance in megachurches is growing but sanctuary size is the same. In fact, the average main sanctuary seating capacity in the typical American megachurch is only 1,400 (median), according to Warren's report.

That means only a few dozen churches can seat more than 5,000. Warren listed all the churches he believes have a seating capacity of 5,000 or more, and if you're curious, that list-in-progress can be downloaded here. Do you know of any U.S. church that got left out? Any thoughts or corrections to the numbers here? Please take a look and add a comment if you know of a church that's missing. 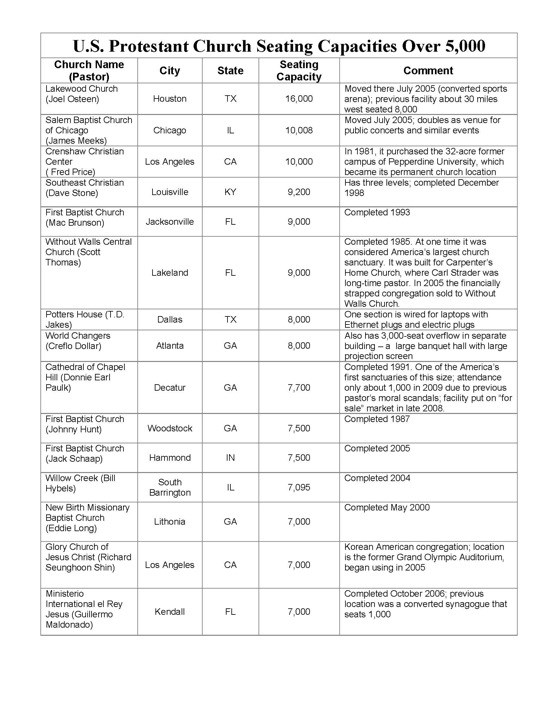 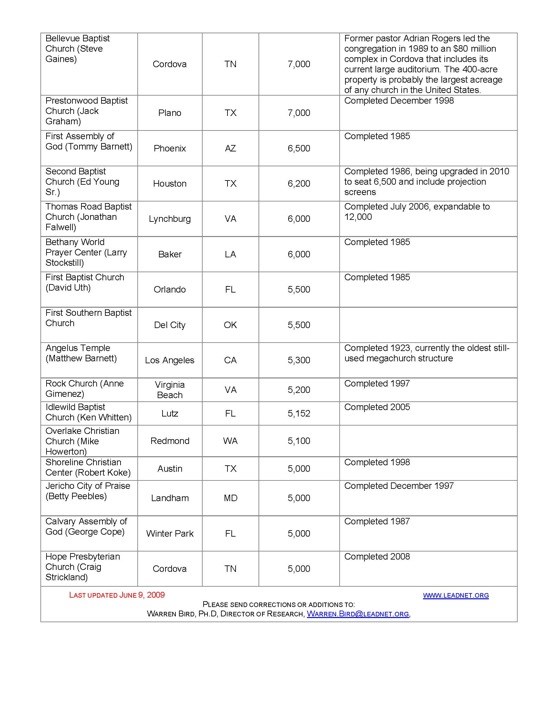 So, who would you know that needs to be on this list. Let us know and we can check and follow up.