I am not a Pentecostal, but I appreciate Pentecostals. I have had the privilege of consulting with or speaking at several different groups and denominations in the Pentecostal and charismatic movement(s). Clearly, there are many wonderful charismatic and Pentecostal Christians doing some amazing things for the Lord. But, the movement has struggled lately with some... well... odd issues over the last few years.

I have written before on the Todd Bentley saga and have expressed appreciation for the prophetic (in the discerning sense) words of Lee Grady. 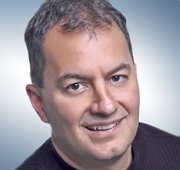 So, I was pleased to see Christianity Today write about Grady's forthcoming book in their article, "A Voice for Sanity".

The journalist wants a 'Holy Ghost housecleaning' of the charismatic movement.

It is important to tread carefully when speaking of someone else's movement-- something I wish we all might try to do. So, I want to be careful in my words. But, I think it is helpful to listen to the words of the movement's leaders. And, the charismatic and Pentecostal leaders that I know share the concerns mentioned in the Christianity Today article:

Grady is the editor of Charisma, the magazine that serves as a gathering tent for Pentecostal and charismatic Christians. Its columns and advertisements feature some of the most prominent names in the movement-- and some of the most frequent targets of Grady's criticism.

Other evangelicals have long criticized the teaching that God promises His followers wealth and happiness. But few within the movement have made their calls for repentance so public.

"Martin Luther had to say something, or they were going to keep selling indulgences. Now we have that going on in our midst," Grady told Christianity Today in his Orlando office. "If someone says, 'Send your $100 to be saved,' that is selling indulgences, and there are people doing that on Trinity Broadcasting Network." The TV corporation's fundraising appeals have been among Grady's most frequent targets.

My friend George Wood, General Superintendent of the Assemblies of God, explains:

"Lee gives a corrective word to some of the excesses that none of us want to be identified with," says George O. Wood, general superintendent of the Assemblies of God. "We've always valued the prophetic word, and part of a prophetic word is correction."

There are few people who can say this and remain the editor of the movement's leading magazine:

I am looking forward to his new book, Fire in My Bones: Recovering the Genuine Power of the Holy Spirit in an Age of Compromise and have already pre-ordered a copy.

Last week, I was discussing Lee and his views at lunch with my friend R.T. Kendall. Turns out, R.T. has written the foreword to the book and he sent it to me. In it, R.T. says,

And yet a book like this is long overdue. I just pray it will do some good. What good? Two things. First, that there will be an open, unfeigned repentance coming from the hearts of those leaders who have been right in the middle of all the sham Lee exposes. This book - just maybe - could do it. It might well be used of the Holy Spirit to awaken key Charismatic leaders who up to now have dug their heels in rather than admit to their being imprudent about certain preachers and certain alleged moves of the Holy Spirit...

Secondly, this book - just maybe - could awaken many of those sincere Christians who have ardently followed these preachers by sending in their money and using their credit cards in order to receive personal financial blessing. Such people, though utterly sincere, are encouraged to give out of greediness more than love for God. Lee tells us to beware of every church leader whose message seems to be money- centered. That covers more Charismatic preachers than one cares to think about.

Strong words from Grady, Wood, and Kendall... and worth listening to.

Let me encourage all of you to pray that this fast-growing movement might heed the Spirit's leading in these important areas.

Join the conversation on Facebook
Tags:
None
Posted:
December 17, 2009