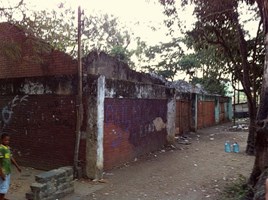 Based on our research and on my observations, evangelicals are increasingly interested in engaging global poverty-- and rightfully so. The Scriptures are clear that Jesus cared for the poor-- and calls us to do the same. Some verses are shocking, such as when Jesus connects how the sheep and goats dealt with the "least of these" to their eternal destiny. (Matt. 25:44-46)

It has also been on my my mind this week as we walked through a favela (slum) in Rio, called The City of God. There is a well known slum with a movie of the same name. 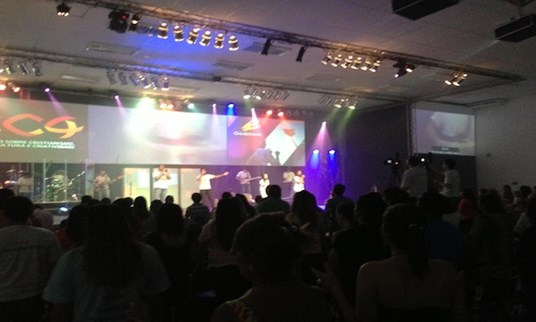 I've lived in what Americans consider poverty (having planted my first church among the urban poor in Buffalo, NY), but it is a different level in favelas like the City of God (and it is different again when you look to the famine in the horn of Africa). Open huts without running water are common.

Yet, people do minister in such places. Partnering through such ministries is good stewardship. As we walked through the City of God, many greeted Jay and Lu Bauman from Restore Brazil (pictured below). 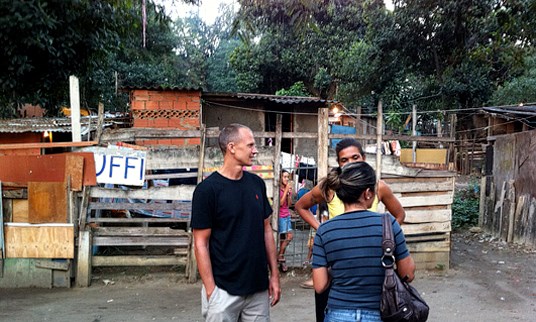 Many evangelicals, for many years, have withdrawn from social engagement. They have seen social issues overshadow concern for gospel proclamation. History, at times, has lent support to their view. And yet, increasingly, people are considering that we can be about both gospel proclamation and gospel demonstration at the same time. The question has become, "How does one deal with such overwhelming poverty?"

Now, to be fair, there is a place for for government social engagement. As I mentioned in yesterday's post, there is a great disparity between American and global views on governmental support of the poor. Your view of the amount of taxation and welfare support is not a biblical issue, in my view-- but your engagement in global poverty is. So, I believe in the government's role, but my point here is the church's redemptive role.

Now, I am not offended if some want to call for greater government support. But, my experience is that the government simply cannot do it well. Furthermore, ample evidence dating back several decades (in the United States) shows the disempowering realities of government support (see now-deceased Democratic Senator Daniel Patrick Monyihan's helpful writings, or George Gilder's Men and Marriage). Simply put, although it might make you feel better to have the government do more, it usually does not actually help the poor if that is the long term solution.

There are exceptions-- big exceptions-- when only government's can accomplish the needed relief. Yet, I believe the best course of action is to get involved in global poverty in a way that is both empowering and part of a community project.

Here are five ways you could get involved right now:

Kiva-- From their "About" page: "We are a non-profit organization with a mission to connect people through lending to alleviate poverty. Leveraging the internet and a worldwide network of microfinance institutions, Kiva lets individuals lend as little as $25 to help create opportunity around the world. Learn more about how it works."

Right now, I am an "investor" in businesses in Kyrgyzstan, Mongolia, Benin, the Philippines, and Rwanda. I believe that such ventures lift people from poverty, not just provide them a temporary escape.

Compassion International-- My family and I "adopted" a child, Jenifer, in a village in Honduras to provide support not just for her, but for sustainable development in her community. I want my children to learn and care about the poor, so we pray, write letters, and give.

Your denomination's global hunger fund-- We give through ours here. At the end of the day, you have to ask, "How can I help in a way that does not hurt?" Right now, horn of Africa does not need business plans, so give through an established system that reflects your values. Currently my denomination's global response arm is declaring a "red alert" in regards to the crisis in the horn of Africa. Read about it here. Denominations are one of the best ways to give-- they already have people on the ground and in the field, often with local believers in partnership.

International Justice Mission-- From their "About" page: "International Justice Mission is a human rights agency that secures justice for victims of slavery, sexual exploitation and other forms of violent oppression. IJM lawyers, investigators and aftercare professionals work with local governments to ensure victim rescue, to prosecute perpetrators and to strengthen the community and civic factors that promote functioning public justice systems. IJM's justice professionals work in their communities in 12 countries in Asia, Africa and Latin America to secure tangible and sustainable protection of national laws through local court systems."

Blood: water mission-- Started by Christian music artists Jars of Clay, Blood: water mission focuses on battling HIV/AIDs and thirst. From their "About" page: "We're a group of passionate people who have been inspired by our friends in Africa, friends who face unbearable challenges from the HIV/AIDS and water crises. We creatively and thoughtfully raise awareness and the necessary funds for the provision of clean blood and clean water in sub-Saharan Africa."

There are ways to get involved-- feel free to share more ideas in the comments.

Most of you reading this live in a world with petty physical problems-- we are not living in dehumanizing poverty. But, Jesus loves the poor. You cannot read the gospels without hearing God's concern for the poor. That's one of the reasons I was glad to be in Rio on Saturday with Restore Brazil-- the church generally does a better job than the government when engaging poverty at the local level.

As I wrote recently, they are "First World Problems." Let me encourage you to use some of the blessings you have received to be a blessing to others.

Join the conversation on Facebook
Tags:
None
Posted:
August 4, 2011