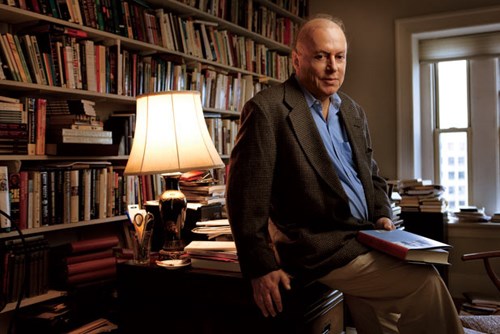 Everyone has had something to say about "The New Atheism." The New Atheist movement has been characterized by intellectually robust, agressive public discourse contra Christianity. Christians, in some cases rightfully so, have been outraged by comments that atheists like the late Christopher Hitchens have made. The center of Christian apologetics for the past decade, for some, has centered around Hitchens, Richard Dawkins, and Sam Harris.

Now Hitchens has died, and with him his ability to engage in public debate. Hitchens never shied away from debating anyone in public, especially a Christian contender. In the coming days, many will hold a sort of virtual debate online, weighing the strengths and weaknesses of his arguments. Hitchens wrote many books, so there is plenty of material to analyze. But for Hitchens, personally, the debate is over. All of the questions Hitchens wrestled with on earth have been confronted with infinite certitude, the kind that only the presence of God can provide.

So what now? Hitchens truly made an impact on the world. The New York Times actually stopped their presses last night to redraw the front page with the obituary.

Yet, Hitchens' absence should lead us to a sobering reminder that no man, legacy, or intellectual idea is bigger than God. We will all, some day, go the way of Hitchens. That should sober us. Yet for many of us, Hitchen's passing will lead to stirring up old debates and old bruises. Many would rather lick old wounds than grieve the death of a lost person created in the image of God. I want to propose a different reaction.

What if instead of focusing on the intellectual challenges of Hitchens' arguments, we reflected on the brevity of our own lives for a moment?

What if instead of bemoaning Hitchens' disgust with the Christian faith, we engaged the just-as-lost in our neighborhood with the good news?

What if instead of filling ourselves with pride at the passing of an intellectual/theological opponent of our faith, we grieved the curse of death?

What if instead of triumphalistic rhetoric, we peppered our speech about Hitchens with humility and concern for his soul and his family?

What if instead of seizing this as an opportunity to emphasize how right Christians are, we lament the toll sin has taken during the period we know as "already and not-yet"?

I would like to see the dialogue of Christian apologetics move from Hitchens, Dawkins, and Harris into our houses, diners, and local community centers. The AP news wire will not be abuzz with the passing of the atheist in your neighborhood, but your heart ought hurt for them.

I am grateful for evangelical scholars who have engaged New Atheism with the level of intellectual commitment the movement deserves. But for most of us, we ought to concern ourselves with and grieve over the debates that war in the minds of our families, friends, and coworkers.

Christopher Hitchens is never going to debate you. You can be confident of that. But the opportunity cost is too high to budget our time in favor of debate and not mission. If we learn any lesson from the life of Christopher Hitchens, it ought to be of the urgency of Christian mission and the brevity of every life.

When Christopher Hitchens died, he entered into eternity as every man does: as a beggar at the gates of the kingdom. If he approached (as he indicated) without the faith necessary for new life, I am grieved. You should be as well. Jesus was clear, "Unless someone is born again, he cannot see the kingdom of God (John 3:3). Everyone dies, but not everyone has received that new life-- and that should compel us. His death reminds us of our new life and the need to tell others of it.

"You don't even know what tomorrow will bring--what your life will be! For you are like smoke that appears for a little while, then vanishes."James 4:14

Here are some other reactions to the news:

Hitchens through the years on The Daily Show

For a good understanding of the issues, check out the "Does God Exist?" debate between Bill Craig and Hitchens at Biola University. Also, here is a video of the documentary "Collision of Lives" with Hitchens and Doug Wilson:

Join the conversation on Facebook
Tags:
None
Posted:
December 16, 2011