Today I am interviewing Irving Hexham on his new book, Understanding World Religions: An Interdisciplinary Approach.

Irving is Professor of Religious Studies at the University of Calgary, in Alberta, Canada. He has written twenty-three books and numerous articles. This most recent work is of special interest to me since my recent article on multi-faith engagement. Irving and I dialogued a bit after the article came out and I found his approach to be interesting and thought you might as well. Plus, I love Canadians (as my wife is one). ;-)

Read the interview and feel free to discuss in the comments. Irving will be checking in to interact.

Ed Stetzer: This is a book on world religions that provides no Christian answers. So why should a pastor or other Christian read it?

Irving Hexham: When Walter Martin and others wrote books about cults and non-Christian groups they were writing about people who shared a common cultural and historical background with their neighbours. That background was rooted in Christianity. Today the situation has completely changed.

We are now living in a new era which is far more like the situation faced by the first Christians than anything the majority of Christians have seen for around a thousand years. For many Christians across in Europe and North America a significant number of the people around them, their neighbours, co-workers, or fellow students, are immigrants from non-Christian cultures. In this situation it is essential for Christians to understand other religious traditions, their histories, and beliefs.

In such a complex social situation one cannot give pat answers. With groups like the Jehovah's Witnesses or Mormons it is fairly easy to know the type of things they will want to talk about and how to witness to them as Christians.

With new Americans from a wide range of cultures, rooted in very old and complex religions, one cannot have ready made answers. What we need to do is learn about our neighbours beliefs and cultural backgrounds as we befriend them. Therefore, my book aims at understanding because I believe understanding, and the establishment of both respect and friendship, precedes any attempt at evangelism.

ES: Anyone who has studied the Bible, read Church History, or even a history of the Roman World, has seen maps outlining the spread of Christianity and the early Christian world. But, on page 344 of your book you have a very strange map unlike anything I have seen before. Can you explain it?

IH: The problem with most of the maps used to show the spread of early Christianity is that they present a post-632 AD vision of the world. That is, they show the world as it came to be seen by Europeans after the Muslim conquests. What these maps omit is the fact that before 632 AD Christianity had spread deep into Africa where there were two thriving Christian kingdoms rivaling anything in Western Europe. These were Nubia and Ethiopia. Equally important is the fact that Christian missionaries had established flourishing communities in India and that their missionary efforts reached all the way to China.

With the rise of Islam and the conquest of North Africa, Persia, Afghanistan and parts of India, European Christians lost contact with these other Christian communities and they became forgotten. Equally, important is the fact that there were thriving Christian communities all across North Africa, as well as in what is today Palestine, in Syria, and Iraq. Yet after 632 AD all of this was lost in the consciousness of Western Christians who were isolated from global Christianity by the Arab conquests.

My map is intended to recover a sense of the global nature of Christianity and encourage Christians to recapture the richness of their early traditions.

ES: There is a chapter on Gandhi that some might find fascinating or even puzzling Why did you include it and why did you write about him in the way you did?

IH: Once again what I was trying to do was capture the complexity of religious thought and history. Gandhi led India to independence from the British and is often dismissed by many Westerners a religious fanatic who was anti-Western.

What I try to show here is the complexity of Gandhi who had great respect for both Western civilization and Christianity while remaining a sincere Hindu. It is fairly common for non-Christians, particularly people from a Hindu background to claim to respect Jesus. But, Gandhi was different. He had a profound knowledge of both Christian belief and Western history. Consequently, he respected people like Oliver Cromwell and loved the writings of John Bunyan.

Writing about Gandhi in the way I do enabled me to challenge stereotypes on the part of both Western Christians and many Indians. Gandhi was a complex figure as are many people from other religious traditions. The problem is many Christians assume that because someone is not a Christian they know nothing about Christianity or hate the West. The case of Gandhi shows that some people can be deeply moved by Christianity without becoming Christians and we need to respect them for the choices they make. We also need to attempt to understand why they do not become Christians even though the gospel clearly influences their thinking and lives. 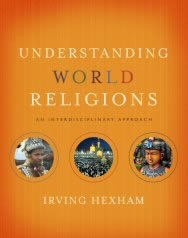 ES: Tom Paine (1773-1809) was the first person to urge Americans to separate from Britain and a great hero of the revolutionary era, about whom even Bob Dylan has written a song. Why do you think he is such an important figure for the understanding of modern religion?

IH: It seems to me that the biggest challenge Christians face today is not other religious traditions but what many people call "the new atheism" and attacks upon the Bible. Both of these features of modern life can be traced back to the writings of Tom Paine.

In fact, Christopher Hitchens, who you probably know from his book God is not Great (2007) wrote a lesser known work Thomas Paine's Rights of Man: A Biography (2006). Actually, he does a great job describing Paine as an American revolutionary leader. Then he adds a chapter on Paine's The Age of Reason. Frankly, this is the worst part of the book. Paine does a far better job criticizing Christianity and the Bible than Hitchens or any of the so-called new atheists.

Of course, I believe Paine was wrong. Yet that should not blind us from the fact that he presents what is arguably the most devastating attack on Christianity ever conceived. If anyone wants to confront anti-Christian arguments today they need to begin by reading Paine.

Paine is also the main founder of modern Biblical Criticism. The big difference between Paine and most of the nineteenth century Biblical critics who followed him is that he is more honest in stating at the outset that he totally rejects Christianity. Equally important, and something that needs far more research, is that fact that Paine initiates modern anti-Semitism. In fact, I would argue that there is a relatively straight line from Paine's writings, which were quickly translated into German in Philadelphia, and the Holocaust.

ES: After almost ten long years American forces have brought Osama bin Laden to justice. Since then we have heard a lot of people say that bin Laden was not a good Muslim and there is a growing controversy about the fact that he was given a Muslim funeral by the American navy. What do you think about bin Laden?

IH: This is a very hard question because whatever I say is likely to be misunderstood. Frankly, I think it is big a mistake to attack bin Laden's religious beliefs. His actions were evil and he caused a great deal of suffering for many people including, and we often forget this, far more Muslims than Christians. Yet, as I say in the book, many Muslims, even ones that totally disagree with his methods, saw and continue to see Osama bin Laden as a good Muslim.

Of course to most Westerners this sounds a ridiculous statement and many of our scholars go to great lengths to "prove" that he really did not understand Islam. But, the fact is that bin Laden belonged to a legitimate tradition of Islam and was pious by the standards of many Muslims.

Here a comparison with our own history may help put things in perspective. No serious historian to my knowledge doubts that Oliver Cromwell was a very sincere and well informed Christian. Yet ask an Irishman what they think of Cromwell and they will tell you he was a "bloody murderer." Cromwell combined a deep personal piety with great military skill that led him to slaughter Irish rebels. From his viewpoint the acts of barbarism that his troops carried out prevented further rebellions of generations and prompted the surrender of other rebels. Therefore, he and his men believed that their savage acts saved lives.

bin Laden thought in a similar way about Islam and the Islamic world which he saw as under attack from the West. To say this is not to justify his deeds, but simply to attempt to understand how many Muslims think about them and why it is possible to be a good Muslim and still support terrorist attacks against Western targets. To deny this, as many do, is to completely misunderstand the situation that confronts us today.

I find the conversation here worth having and you can join in it. Feel free to express an opinion or ask a question about world religions and the cause of Christianity. I think it is an important question and worthy of discussion.

Join the conversation on Facebook
Tags:
None
Posted:
May 27, 2011