Jesus + Nothing = Everything: an Interview with Tullian Tchividjian, Pt. 1

Even the title of Tullian Tchividjian's new book challenges your tendency to take the Gospel for granted. Is Jesus really enough?

Day by day Christians sift through piles of emotional, spiritual and material excess. They are reminded not of their dependency on God for these things, but rather exceedingly covetous of the next thing. We want-- right now-- the next level of spiritual maturity, his spiritual gifts, her approval, a promotion, or a different pay grade. Yet, at the point of our first confession of "Jesus is Lord," we would never guess the rest of our life we are hard-wired to run back to the shackles of "more." Jesus plus nothing really is everything, and Tullian has given a powerful tool to the church.

Today and tomorrow I will release a 3-part discussion with Tullian Tchividjian about his new book. Wednesday, Tullian will be on the blog to interact with your comments and questions. Feel free to share your thoughts in the comments of parts 1 and 2 and then interact with Tullian on part 3:

Here is part 1 of our interview:

How can someone live without depending upon the approval of others?

This is something that we as sinful people will struggle with for the rest of our lives. None of us will ever come to a place where what people think about us (good or bad) doesn't matter to us at all. But a deep grasp of the gospel does help us to become less dependent on the approval of others because the gospel announces that all of the approval we long for and need, Christ has already secured for us. We no longer need to live under the slavish pressure of trying to earn the approval of others because Jesus has already earned God's approval for us.

In the book I tell the story of how this became real to me.

With the merger of the church I planted and Coral Ridge back in 2009 and the leadership transition that accompanied it, a small but vocal group of long-time Coral Ridge members immediately began voicing opposition to practically any and every change we initiated. Blogs were posted, letters were circulated--some anonymously--with false accusations about me. Just three months after I arrived, a vigorous petition drive was started to get me removed. Battle lines were drawn, rumors raced. There was a crescendo of misunderstandings, frustration, and pain. Just three months in, I was ready to call it quits.

About that time, I opened up my Bible and in the reading plan I was following, it so happened that the day's passages included the first chapter of Paul's letter to the Colossians.

Desperate for help from God, I read those verses and my eyes were opened to see the incredible sufficiency of Jesus with greater clarity than I'd ever experienced. In my misery I told God that I wanted my old life back. The answer from God that I received from Colossians that morning was simple--but sobering: "It's not your old life you want back; it's your old idols you want back, and I love you too much to give them back to you."

You see, I never realized how dependent I'd become on human approval and acceptance until it was taken away. For the first time, I found myself in the uncomfortable position of being deeply disliked and distrusted. I was realizing just how much I'd been relying on the endorsement of others to validate me--to make me feel like I mattered. In and of itself, human approval and acceptance are not bad things. They are, in fact, a gift from God. But I had turned them into idols by making them my primary source of meaning and value and worth and significance, so that without them I was miserable and depressed. 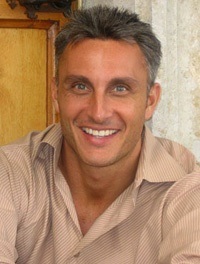 The verses that set me free, specifically, were Colossians 1:9-14. In those verses the Apostle Paul says (my summary): You will grow in your understanding of God's will, be filled with spiritual wisdom and understanding, increase in your knowledge of God, be strengthened with God's power which will produce joy filled patience and endurance (v.9-12a) as you come to a greater realization that you've already been qualified, delivered, transferred, redeemed, and forgiven (v.12b-14).

What those verses liberatingly taught me was that because of Jesus' finished work for me, I already had the justification, approval, acceptance, security, freedom, affection, cleansing, new beginning, righteousness, and rescue I was longing for. I started to see the many-faceted dimensions of the gospel in a more dazzling way. I was realizing in a fresh way the now-power of the gospel--that the gospel doesn't simply rescue us from the past and rescue us for the future. It also rescues us in the present from being enslaved to things like fear, insecurity, anger, self-reliance, bitterness, entitlement, and insignificance.

It was on that day that Jesus plus nothing equals everything became for me more than a preachable tagline. It became my functional lifeline!

It was rediscovering the gospel that enabled me to see that,

Because Jesus was strong for me, I was free to be weak;

Because Jesus won for me, I was free to lose;

Because Jesus was Someone, I was free to be no one;

Because Jesus was extraordinary, I was free to be ordinary;

Because Jesus succeeded for me, I was free to fail.

Protestants have always embraced that we are justified by grace alone, through faith alone, in the finished work of Christ alone--that our good works don't save us or merit favor with God. But once we're saved, we fall into the trap of adding a lot of things to the gospel. It's always Jesus + Something = Everything.

Remember C. S. Lewis's "The Screwtape Letters." As the high-ranking demon Screwtape trains his protégé Wormwood in satanic strategies against Christians, he discusses how (in Screwtape's words) "to keep them in the state of mind I call 'Christianity And.'" Screwtape gives a few examples (reflecting some fads from Lewis's time, the mid-twentieth century): "Christianity and the New Psychology, Christianity and the New Order, Christianity and Faith Healing," and even "Christianity and Vegetarianism." These were all various manifestations of the urgent, Devil-fostered temptation believers face to add something else to Jesus and the gospel--all because of those deficiencies we sense in our own experience.

The way I get at this in my own heart is to ask myself: What is the one thing, or things, that if God were to take away from me, I'd feel like I don't want to live anymore? What am I functionally depending on to make me feel like I matter?

You can read part two here and part three here.

Join the conversation on Facebook
Tags:
None
Posted:
November 8, 2011

Jesus + Nothing = Everything: an Interview with Tullian Tchividjian, Pt. 1

Jesus + Nothing = Everything: an Interview with ...