Today, I thought we would have an interesting and needed conversation about angry Calvinists. To be fair, this originally was going to be an interview for Joe Thorn's new book, but it turned into something more (though you should buy his new book!).

Joe Thorn is the founding pastor of Redeemer Fellowship, and the author of Note to Self: The Discipline of Preaching to Yourself. Joe is a friend who I first met while he was a student and I was his seminary professor. He and I had a friendly conversation about unfriendliness.

You see, I have some thoughts on angry Calvinists that include:

- Most Calvinists are gracious and kind people and are not angry.

- Calvinists have a bad reputation for being contentious.

- The contentious reputation has been earned by a vocal group of angry Calvinists.

- And, here is the thesis, most Calvinists are not angry, but because there are a disproportionate number of angry Calvinists, Calvinists have earned a reputation.

Now, you may not believe me, but maybe listen to John Piper answer, "Why are Calvinists so negative?"

So, I started a conversation with Joe on this very issue.

I was going to talk to you about Note to Self, but I thought it would be fun and helpful to touch on something else. Are you game?

Great. First, tell us about the book, and where people can read more about it.

Note to Self is essentially a collection of meditations on Scripture that aims at proving a method and model for "preaching to ourselves." The foreword by Sam Storms is brilliant and is reason enough to pick up the book. He helps the reader to see how and why the Scripture must be the "functional authority" in the life of a Christian. In the Introduction I explain what it means to preach the Scripture, law and gospel, to ourselves. This sets up the reader to then walk through the 48 brief chapters (daily readings).

For more information you can check out a recent conversation I had with Mike Horton on The White Horse Inn, or read interviews I did with the Biblical Counseling Center, or The Gospel Coalition.

It's a great book. I enjoyed it a lot-- and I was glad to endorse it. The book is definitely coming from a Reformed perspective. It's no secret that you're a Calvinist, but you're not maniacal or mad about it. I like that. I seem to run into the cranky Calvinists. So, that leads to my question: why do you think some Calvinists are so angry?

I know what you're talking about, but honestly, I think it has nothing to do with their Calvinism, and everything to do with their faith. I don't mean the object of their faith-- Jesus. And, I don't mean "the faith once for all delivered to the saints," but their faith. Of course, it works this way in me as well. When I'm cranky, complaining, or whatever corruption is bubbling to the surface, it's not my confession or theology that is in error, but my heart. When I am proud or petty it's my heart that is out of alignment with my theology.

Sure, I agree with that. While it obviously isn't true of all Calvinists there is a disproportionate number of angry Calvinists compared to other groups. Do you see that?

Well, yes I see that. I think we all see it. The question for me is why are we seeing that, and what exactly are we seeing? Why are there more angry, loud and proud, combative Calvinists than other kinds of Christians? I think, and I could be wrong, but I think it's a combination of a few things. 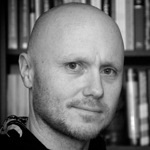 One is that Cavinism, as a biblical and beautiful understanding of God, man, and redemption, is often very exciting to those newly acquainted with it. Many who have grown in the faith with very little theology and later discover Reformed theology are simply over-zealous. They are pumped about the truth and want everyone to see what they see. We call this the "cage stage." Some of us, and I was one of them, would benefit from being locked up in a cage for a few years until our heart can catch up with our head. More realistically, good discipleship helps with that.

Second, I think some who find their way into the Reformed faith are angry for having been denied a solid theological foundation in their past. They feel as if they've wasted years of their life, or the church has let them down. So, they're angry about that, sometimes even at their past self, and it just bleeds over into this new passion they have for doctrine. I get that, but it's unfortunate. Simple gratitude for growing theologically is a better response to cultivate.

Third, knowledge can and does "puff up" as Paul says. And while this is a shared problem with other systems of theology, it is certainly a reality among the Reformed. It's ironic though. The knowledge of God's sovereignty and grace, and of man's total depravity and absolute dependence on God for mercy, should produce love and passion characterized by humility and meekness. And that gets to what we are really seeing. When we Calvinists are ungracious, unnecessarily combative, proud, and arrogant, we are not being true Calvinists. We are posers.

That's why I think we need to bring the discussion back to the heart. Angry Calvinists exist when there is some kind of short-circuit between head and heart.

So, if it's a heart issue, a sin issue, how should we address it?

First, I think it would be fruitful for more correction to come from inside our own theological tribe. I'm not saying criticism is inappropriate if it isn't in-house. As the church we should be able to correct one another across denominational and doctrinal divides. But, we should be most critical of ourselves, and I think addressing our own problems from within our own group will generally prove more fruitful.

Second, when addressing the issue of "those angry Calvinists" we need to be careful and not make Calvinism the issue. It's not about Calvinism. The negativity, pride, and finger wagging is not about the Doctrines of Grace, but the heart. So, when we see such things coming from Calvinists we should seek to point out that this attitude is actually incompatible with Calvinism.

Third, I'd encourage people to simply model a better way. Whether you're a Calvinist or not, modeling loving patience over knee-jerk reaction, gracious discernment over assuming the worst about another's words, and gospel-founded brotherhood over needless separation, will wind up having greater influence in the Christian community than simply dropping bombs on each other.

Fourth, I'd encourage others to simply not engage the haters. There are blogs I simply do not read because it doesn't benefit me spiritually. Some people move me to examine myself, look to Jesus, and grow in grace. Others just provoke me to anger. Often times that anger is unrighteous, or even self-righteous. I can become the angry Calvinist doppelgänger to the angry Calvinist I take issue with. Really, the haters are not my problem, I am my own problem. So, I have learned to just stay away from certain places on the internet. I would encourage others to simply not engage people or personalities that aren't helpful.

But, someone might reply by saying, "There is a time to be angry. We should be provoked over some things." What would you say to that?

I would agree. There is a godly form of anger. Last week you went "nuclear" on evangelical feminine legalism on your blog.

O.K., but you were torqued over an issue that matters. Anger is sometimes very appropriate. We see that in the prophets and Apostles, and even in Jesus. But when dealing with brothers and sisters in Christ it's important to do more than "set the record straight," or prove one wrong and point to the truth. We need to do that, but we need to do it in a way that bears fruit, and Biblically that means doing such work carefully. Sometimes it does mean we need to drop bombs, but more often it means we need to sit down with a brother (literally, or figuratively) and reason with him.

And, look; some people don't need any encouragement to get "good and angry" at the right stuff, they have "getting angry" down cold. They need some counsel on being more gracious, humble, and gentle. We all do. At the very least, we all need to learn to be better teachers and physicians of the soul when it comes to correcting each other.

Joe will be answering questions at the blog today. If you are an angry Calvinist, feel free to tell him your "grave concerns" about his views. If you think there are a lot of angry Calvinists, it's O.K. to share that as well.

Join the conversation on Facebook
Tags:
None
Posted:
September 14, 2011