Pew has another helpful report here, reminding us that self-identified Christians are the largest group. ("Self-identified" includes, for example, about 3/4 Americans, so consider what that means as you read the chart.)

Worldwide, more than eight-in-ten people identify with a religious group. A comprehensive demographic study of more than 230 countries and territories conducted by the Pew Research Center's Forum on Religion & Public Life estimates that there are 5.8 billion religiously affiliated adults and children around the globe, representing 84% of the 2010 world population of 6.9 billion.

The demographic study - based on analysis of more than 2,500 censuses, surveys and population registers - finds 2.2 billion Christians (32% of the world's population), 1.6 billion Muslims (23%), 1 billion Hindus (15%), nearly 500 million Buddhists (7%) and 14 million Jews (0.2%) around the world as of 2010. In addition, more than 400 million people (6%) practice various folk or traditional religions, including African traditional religions, Chinese folk religions, Native American religions and Australian aboriginal religions. An estimated 58 million people - slightly less than 1% of the global population - belong to other religions, including the Baha'i faith, Jainism, Sikhism, Shintoism, Taoism, Tenrikyo, Wicca and Zoroastrianism, to mention just a few.

At the same time, the new study by the Pew Forum also finds that roughly one-in-six people around the globe (1.1 billion, or 16%) have no religious affiliation. This makes the unaffiliated the third-largest religious group worldwide, behind Christians and Muslims, and about equal in size to the world's Catholic population. Surveys indicate that many of the unaffiliated hold some religious or spiritual beliefs (such as belief in God or a universal spirit) even though they do not identify with a particular faith.

I've been thinking a lot about corruption lately, for reasons I will probably share in the days to come. However, if you are going to be globally engaged, you must understand that corruption is a defining issue in most countries. 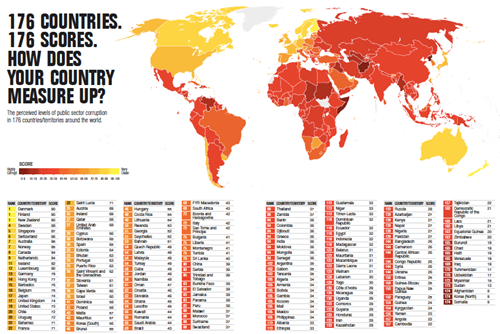 When you speak of emotions in music, it is helpful to consider the issues thoughtfully. If you wonder why that is important, read the (often silly) comments at Justin Taylor's blog related to the song "Joy to the World" sung on the same show where we discuss the emotions of worship.

From a recent episode of The Exchange, Daniel Montgomery, Brooks Ritter, and Jamie Barnes discuss the range of emotions that are present in worship.

Join the conversation on Facebook
Tags:
None
Posted:
December 20, 2012