This is part five of a nine-part series. Find all of the parts here: 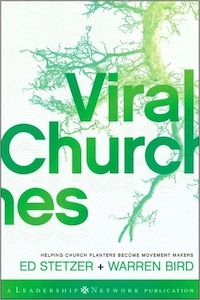 In the early 20th Century, Swiss psychologist, Hermann Rorschach developed what is now one of the most widely used psychological tests, the Rorschach Test, better known as the infamous inkblot test. Psychologists show patients pictures of ten different ink blots and their interpretation of the inkblots supposedly reveals significant insight on the patient's personality and mental well being.

I am of the opinion that the word "missional" in today's evangelical culture, is an ecclesiastical Rorschach test of sorts. The way that a church defines it tells a lot about their values, beliefs, and vision. In the last decade, "missional" has become a word adopted by nearly every evangelical denomination. The Church of God (Cleveland) called a national meeting, "The Missional Mandate." Southern Baptists adopted a Great Commission Resurgence Report that used "missional" nineteen times. As I reminded the Nazarenes when I spoke on Saturday, they consider themselves Christian, holiness, and missional. The Wesleyans say they're becoming a missional, multiplying movement. That's a lot of missional.

Everybody wants to be missional--and I am glad, as long as we define it clearly and well. So, needless to say, the million-dollar question is, however, what does it mean? Answering this question is more than just semantics and that is why we created a "Missional Manifesto" to help bring clarity. Yet, at the risk of Rorschaching myself, I'd like to propose that one aspect of a church called missional is that it multiplies itself by planting others. I propose that planting, therefore, needs to be part of the equation if we are going to define missional well.

One could argue that Scripture never commands us to plant churches and they would be right. It's never stated in Scripture because church planting was what everyone did. It was so obvious. The entire New Testament is a collection of books and letters about church planting. Joining the mission of the early church must include planting churches, both here and around the world.

Furthermore, I also realize the risk of churches being started that are far from missional--pandering to the consumer needs of a group of Christians. We all know the bad examples.

I know that being missional may encompass a breadth of meanings, but to summarize, I would propose that a missional church would naturally be planting churches. Why? Because that is what the early church did, it continues the forward advance of God's work, and the church is God's missionary instrument.

More than an inkblot interpretation, it's a Biblical picture of missional living.

If you are interested in joining me to talk about church planting partnerships in Japan, see Sunday's post for more information.

Join the conversation on Facebook
Tags:
None
Posted:
March 13, 2012