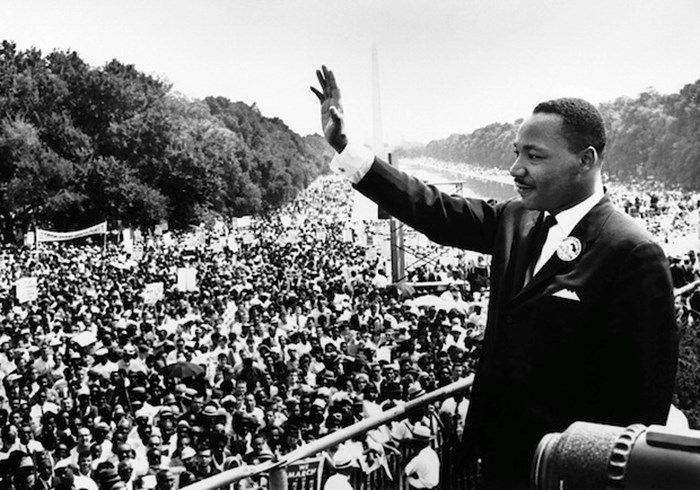 Martin Luther King Jr. had a dream. We know the familiar refrain from his speech delivered 50 years ago today in Washington D.C.

The speech lives in American lore like few others. If there were a Mount Rushmore of speeches, it would likely join Lincoln's Gettysburg Address, FDR's speech to Congress after the bombing of Pearl Harbor, and JFK's inauguration speech as the most heralded and familiar in American history.

But has the dream come true?

We have an African American President. We've had African-American cabinet members, Supreme Court Justices, Oscar winners, Nobel Peace Prize winners, star athletes, astronauts, and titans of business. These positions were likely pipe dreams for those participating in the March on Washington for Jobs and Freedom on that historic day 50 years ago.

For many, Dr. King's dream has come true.

Unfortunately for many more, the dream has not come true.

African Americans are still disadvantaged and discriminated against in many parts of the country. Churches and country clubs still have—spoken or unspoken—"Whites-only" membership policies. African Americans are incarcerated at nearly six times the rate of whites. If current trends continue, one in three black males born today can expect to spend time in prison during his lifetime (NAACP stats).

There are a myriad of factors that contribute to the statistics I mentioned, but it does not miss the reality—we are still divided by race. The dream has not yet come true.

That racial division was made evident again in the recent Trayvon Martin trial. For the third time in recent memory, a nationally politicized trial split the country almost along racial lines. In these trials, we learn about ourselves, our culture, and brokenness of our society. We are reminded that, although we have made great progress, our society remains divided.

Yes, we've made much progress in the past 50 years, and I do not intend to discount that. I want to celebrate it. Like the vast majority of Americans, even millions that did not vote for President Obama, I was proud that an African American could be President of the United States just a few decades after African Americans could not use the same water fountain as whites.

Yet, we simply cannot stop there. Racial reconciliation must continue to be a focus for us, for our churches, and for our future. In her reaction to the recent George Zimmerman verdict, Dr. Christena Cleveland wrote:

Her words drip of a line in Dr. King's speech:

I have a dream that one day every valley shall be exalted, every hill and mountain shall be made low, the rough places plains, and the crooked places will be made straight, and before the Lord will be revealed, and all flesh shall see it together.

May we be a people who rise up and carry on Dr. King's dream and make those crooked places straight for the glory of the Lord and the good of His people.