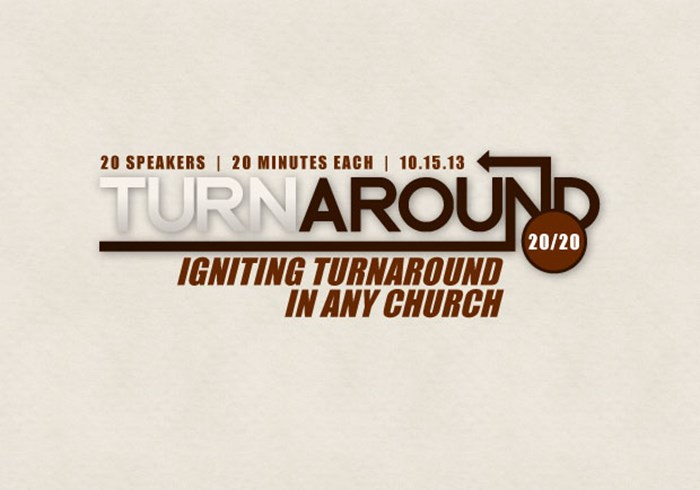 My friends at Church Central are hosting a one-day conference here in Nashville on October 15 that is focused on church revitalization.

The concept is simple: 20 speakers, 20 minutes each, giving their best advice on how to turn around a church in decline.

They've also put together an outstanding list of speakers and breakout leaders:

If you're in the Nashville area or just want to see your church turnaround and stop declining, join us October 15 for Turnaround 20/20.