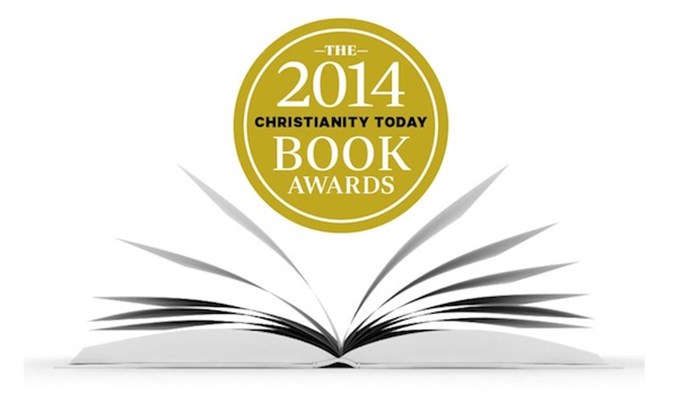 If you're a faithful reader of Christianity Today (and if so, thank you!), you'll have noticed that our magazine looks a little different from the version that arrived in your mailbox this time last year. So it's fitting that our annual book awards have some new features of their own—three, in particular.

First, beyond naming winners in our ten regular categories, we've christened from among those winners our CT Book of the Year: God's Forever Family, Larry Eskridge's history of the Jesus People movement. Now, this is no exact science. And really, we wouldn't have gone wrong laying the extra laurel atop any of the competitors, or a dozen other books besides. You may have your own favorite to recommend. But we can't see any harm in generating buzz—or provoking debate—around a book our judges praised for its originality, meticulous research, and colorful character sketches.

Second, speaking of those judges, we've lifted the veil of anonymity from their comments on the winning books. Our judges—best-selling authors, experts in their fields, and simply thoughtful people—have strained their eyes and brains reading and evaluating a thousand or more pages. They deserve to have their labors recognized. And you deserve to have your curiosity satiated.

Well, not shockingly, a federal judge rules on the NSA saying, "Surely, such a program infringes on 'that degree of privacy' that the Founders enshrined in the Fourth Amendment. Indeed, I have little doubt that the author of our Constitution, James Madison, who cautioned us to be aware 'the abridgment of freedom of the people by gradual and silent encroachments by those in power,' would be aghast."

Indeed. As I wrote (calling for Christians to speak out) our Founding Fathers were a bit wiser regarding the dangers of government power.

Richard J. Leon already had an impressive career in law and Republican politics when George W. Bush nominated him to the federal D.C. District Court—on Monday, September 10, 2001, no less. Since then, he has consistently demonstrated ideological independence, no matter which administration officials offended his constitutional principles. It was Leon, for example, who in November 2008 ordered the release from Guantanamo Bay of five Algerians who had been detained there by American forces.

This is the context for the judge's 68-page ruling Monday in Klayman v. Obama, which jeopardizes at least part of the federal government's domestic-surveillance program. Leon is many things, but he's no radical. He crafted a cogent, reasoned analysis explaining why he believes that the NSA's "Bulk Telephony Metadata Program" may violate the Fourth Amendment privacy rights of at least some American citizens—and why the plaintiffs in the case before him have the right in the first place to come to court for a redress of their grievances against the federal government.

The landmark order, the first in the Age of Snowden, comes after a request for an injunction halting the surveillance program pending trial. But though the judge says the program is likely unconstitutional, he has not blocked its operation. Instead, he has given the Obama Administration time to appeal his ruling to the D.C. Circuit Court of Appeals and then, perhaps, to the Supreme Court. We are still much closer to the beginning of this story than we are to the end. Even if the government loses on appeal, it would just lead to a trial, which the losing side presumably would appeal as well.

Fox News anchor Megyn Kelly sparked outrage this week by insisting that Jesus and Santa Claus are both white, saying it's "ridiculous" to argue that depicting Christ and St. Nick as Caucasian is "racist."

"And by the way, for all you kids watching at home, Santa just is white," Kelly said, "but this person is arguing that we should also have a black Santa."

Kelly was responding to an article in Slate that said St. Nick needs a makeover from fat, old white guy to something less "melanin-deficient."

The Fox News host would have none of it.

"Just because it makes you feel uncomfortable doesn't mean it has to change," Kelly said. "Jesus was a white man, too. It's like we have, he's a historical figure; that's a verifiable fact. As is Santa, I just want kids to know that. How do you revise it in the middle of the legacy, in the story, and change Santa from white to black?"

Arguing about St. Nick, who was originally Greek before Currier & Ives got their hands on him, is one thing. But as for Jesus, people have been arguing about his skin color since the earliest days of American history. You might even call it an American tradition.

Rev. Samuel Rodriguez is the president of the National Hispanic Christian Leadership Conference. He was nominated by TIME Magazine as one of their "100 Most Influential People in The World" and was the keynote speaker at 40th anniversary commemorative service at Ebenezer Baptist Church in Atlanta. Sammy joined me to discuss the Latino Reformation and his new book The Lamb's Agenda (Thomas Nelson, 2013). Don't forget to join me every Tuesday at 3:00 PM Eastern for The Exchange.