What do you think about naming a baby "Messiah?"
Ed Stetzer 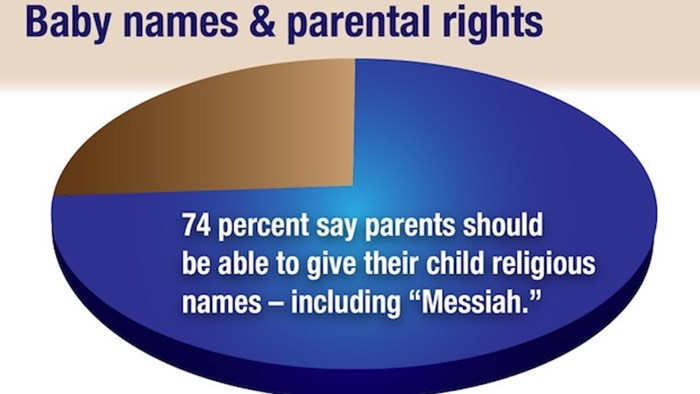 In the summer of 2013, you may recall hearing about a story out of East Tennessee regarding a couple that named their baby "Messiah."

Jaleesa Martin and the father of her child appeared in court in August to settle which last name the baby boy would bear as the parents were at odds about the issue. Upon attempting to settle the conflict in a Tennessee court, Judge Lu Ann Ballew ruled that the baby should be named, "Martin DeShawn McCollough," as it encompasses the names of both the mother and father, and, "The word Messiah is a title and it's a title that has only been earned by one person and that one person is Jesus Christ," Judge Ballew said.

LifeWay Research decided to conduct a study to find out what Americans think about naming a child Messiah.

You can read the whole article here, but here is an excerpt from the article by Bob Smietana:

NASHVILLE, Tenn.–Three out of four (74 percent) Americans say parents should be able to give their child religious names – including Messiah – according to a survey from Nashville-based LifeWay Research. A similar number (75 percent) say a judge should not be allowed to change a child's name for religious reasons.

The name "Messiah" made headlines in the summer of 2013 after East Tennessee judge Lu Ann Ballew ordered Jaleesa Martin to change her son's name from "Messiah" to "Martin."

Martin and the baby's father, Jawaan McCullough, had been in court because they disagreed about the child's last name.

"Messiah is a title and it's a title that has only been earned by one person and that one person is Jesus Christ," Ballew said at the time.

Ballew's ruling was later overturned. She now faces a possible citation for her ruling, and according to published reports, has until January 6 to respond to a complaint filed with a state judicial board.

At the time of her ruling, the judge expressed concern the child would be teased because of his name. But it turns out that "Messiah" is a surprisingly common name.

"Messiah" was the 387th most popular boys name in the United States for 2012, just after "Scott" and right before "Jay," according to the Social Security Administration. That's up from 904th place in 2005.

When asked if parents should be able to name their child "Messiah" or "Christ," 53 percent of Americans strongly agree and another 21 percent somewhat agree.

Only one in five (21 percent) disagree, with 10 percent strongly disagreeing, and 11 percent somewhat disagreeing.

Researchers also asked Americans to respond to this statement: "Judges should be allowed to change the name parents give their children if there are religious implications to those names that some people might find offensive."

About one in five agreed with 8 percent strongly agreeing and another 11 percent who somewhat disagree. 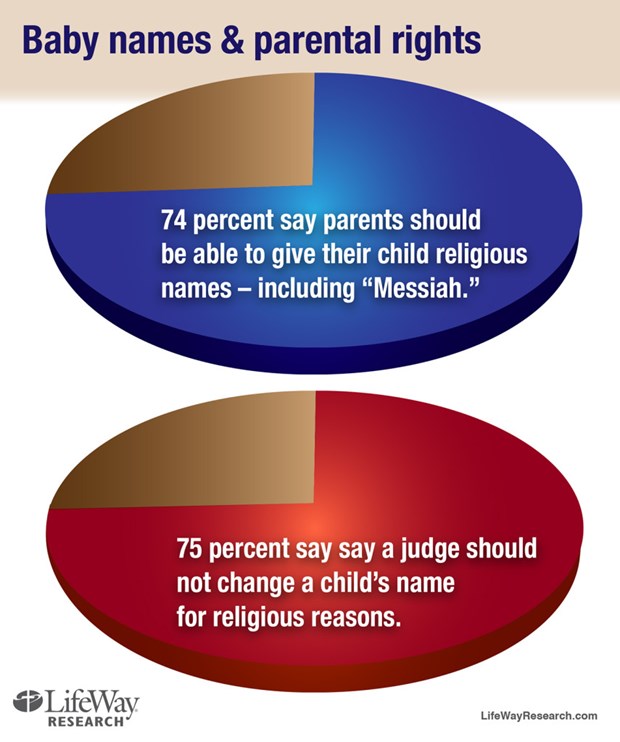 What's your take? What do you think about naming a baby "Messiah?"