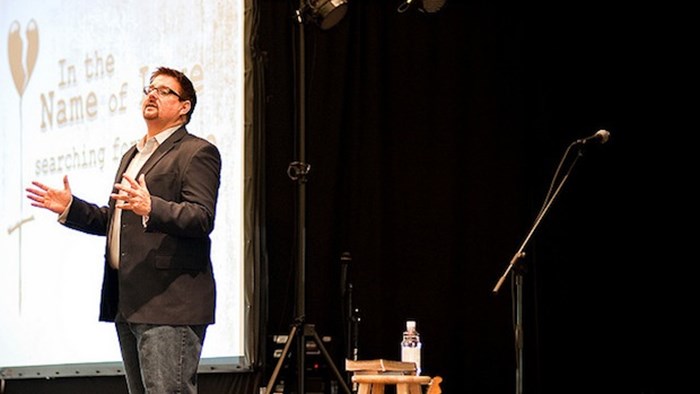 Recently, LifeWay Research conducted a study on video venue/multisite churches. I have always been interested in this technology and the phenomenon of live-streamed sermons in churches in place of a present, physical preaching pastor. I have written about multisite churches before here, here, here, and other places as well.

In addtion to this research, I have reached out to Bob Hyatt and Geoff Surrat, two pastors who have helpful, however differing, views on multisite churches and their use of video preaching. Be sure to read both of their articles and learn from what each one of them thinks about video venues.

Multisite video venues are not going anywhere anytime soon as many of the largest churches in the country use this technology, so it was fascinating to see what our respondents thought about watching a pastor preach via video versus in-person.

Here is an excerpt from the release by Bob Smietana:

About a third (35 percent) say they will only visit churches with a live sermon.

Three in 10 say a video sermon won't keep them from a church, but they still prefer live peaching. The same number say live or video sermons are fine.

Less than one percent prefer to watch a video sermon.

"I don't think anyone gets up on a Sunday morning saying, 'Boy, I'd really like to watch a video sermon,' " said Scott McConnell, vice president of LifeWay Research and author of Multi-Site Churches: Guidance for the Movement's Next Generation. "But the fact that many churches utilize video sermons means other factors such as relationships, preaching approach, music, relevance, and location can be more important."

Video sermons are mostly used by multi-site churches, which hold services in more than one location, often called a campus. Those campuses frequently have live music, prayers, and a local pastor, who does everything but preach.

About half of the estimated 5,000 multi-site churches in the U.S. use video teaching, said Jim Tomberlin of the consulting firm MultiSite Solutions.

Many large churches already project an image of their preacher on a big screen during the sermon. So when they open a new campus, people are already accustomed to seeing a video image of their pastor. That's less likely to be the case at a smaller church. 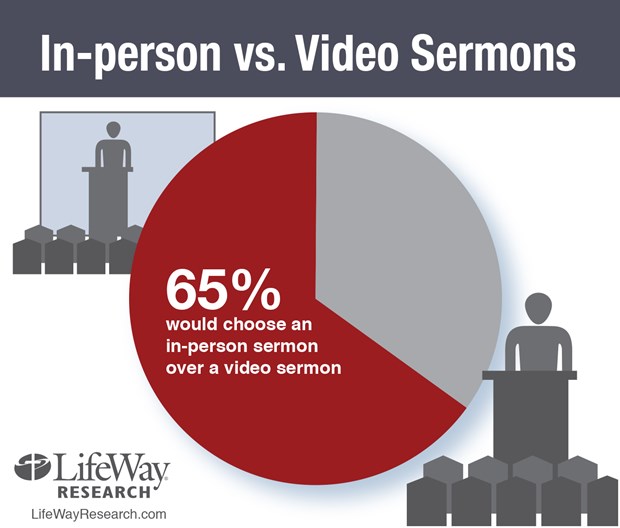 Other highlights from the research include:

You can see the full research PDF here.