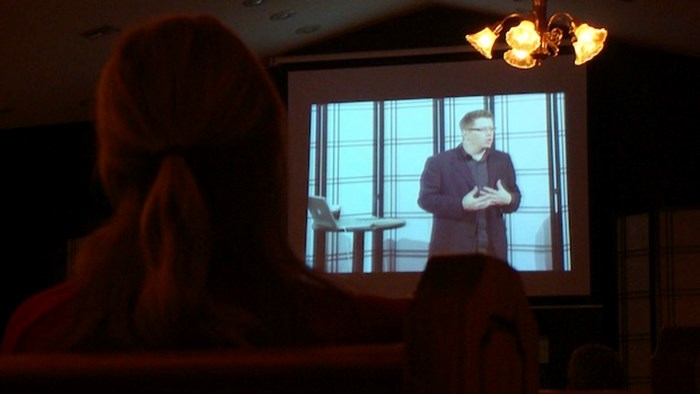 When we knew we were going to do some research on video venues, we know we needed to talk to two people: Geoff Surratt and Bob Hyatt. Why? Well, they both have spoken out (pro and con) about video venues and they've both done so in charitable ways. Both of them want the gospel to be preached and for men and women to be reach. They just disagree on whether video venues are the best way to accomplish that.

LifeWay Research just released new research on multisite video venues. So, when I needed a "con" voice to take a look at the research before it was released and write a response, I reached out to Bob who graciously wrote this reaction. Bob a grad of Western Seminary, he has a book coming out from Intervarsity called Eldership in the Missional Church, and he is the plater/pastor or Evergreen Community in Portland, OR.

Make sure you read his blog here. Here's Bob's article, "Video Venues are a Barrier to Most of the People We Want to Reach." Also, don't miss Geoff Surrat's article on the positives of video venues here.

I've been a pretty vocal critic of video venues through the years. It's not that I don't think that God can and even often does bless preaching that comes off a screen, it's more that I am concerned for the formation of communities who choose this route and the people within them. That is, I'm concerned with how technology shapes us, and what trade-offs are made when we choose to beam the sermons of one person to ever-increasing numbers of people in ever-increasingly distant locales rather than raise up, train and send communicators who can apply the Word of God in local contexts to people they actually know and regularly relate to.

Now, a new survey from LifeWay Research shows that this approach may even be turning off the very people we'd like to reach with the Gospel.

That's more than a third of respondents who would be completely turned off by a video sermon, with another third expressing a preference against them.

But even with that, it's clear that the majority of those asked, churched and unchurched, would prefer to be taught by an actual person they can know and be known by.

So why are so many churches choosing the alternative?

While I don't doubt for a minute the desire of those churches who choose this route to reach people for Christ, I do have significant suspicions that underneath it all is often a capitulation to celebrity culture—a belief that the big names will reach people best—and a desire for those ever-bigger crowds and the status and recognition that come with them. Too many pastors would rather have a multi-venue church with attendance of 5,000 than pastor a church of 500 that has planted ten other similar communities. It's easier to start a campus and beam my sermons to other locales than it is to raise up leaders and laypeople, bless and release them to begin a new work.

Video venues (along with mega churches and even personality-based smaller churches) try to parlay the gift of one or two people into something bigger and bigger. And in a world drowning in celebrity and branding I have to question whether this is really the direction the Church wants to go.

Pragmatic churches say that they will do "whatever it takes" to attract and reach people. Here's some good evidence that video venues are not that.

While I think "What people prefer" should be lower on our priority list as we shape our communities and choose our methodologies than many other factors, this is just another reminder to me that what we can do technologically is not always the same as what we ought to do.