Two Grids Every Church Pastor/Planter/Missionary Must Use: Missiological Grid

Our theology should serve as the foundation and motivating factor for our missiology.
Ed Stetzer 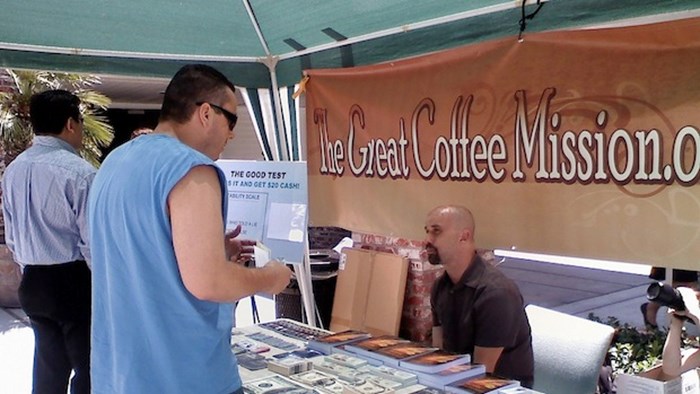 As I wrote before, no one thinks they are on the extremes theologically-speaking. But, we should all recognize that we can drift away from a biblically-centered viewpoint.

Part of that means that pastors/church planters/missionaries must be grounded in the gospel, viewing everything through a theological grid. On the other side, however, they must also be concerned about the missiological realities of the communities to which God has called them.

Previously, I explained why we need the theological grid. Today, I want to talk about how important it is we see church planting through a missiological grid as well.

"I want to plant a Reformed church for seminary students."

In the brief time I was a seminary professor, I had a student approach me about his desire to plant a church in the area. I was anxious to hear what his plans were and how he wanted to reach the community.

He said, "Dr. Stetzer," which only happens at seminary, "I want to plant a Reformed church." I was not sure what he meant so I asked, "Tell me what you mean." He replied, "There are so many students who are Reformed and they don't have anywhere to go to church. I want to plant a church for them."

I was responsible for helping church planters, but I turned him down. Not because he wanted to plant a church with a Reformed theology, but because missiologically he wasn't trying to reach those apart from Christ. I told him, "If you will plant a church that reaches people who are lost and will teach them the gospel as you understand it, that will become the kind of church you want to plant."

Church planters cannot simply go out into the world and say, "Look! I've got a theological grid. Who agrees with me?" At that point, we are essentially preaching to the choir. We have become distributors of religious goods and services catered to our specific theological clientele. That is not the same thing as engaging lost people for the cause of Christ.

Since then, that seminary student and I became friends. He is a Reformed pastor, but I would say now he sees the value in thinking theologically and missiologically about church planting and pastoring.

For a church and church planter to be missional, thinking and acting with a missiological purpose, they have to be living on mission where they are. That means behaving as if they were a missionary, because the reality is that every Christian is just that.

Think about going to plant a church in the 10/40 window of the world, where the greatest number of unreached people live. Would you just go there with no real plan or thoughts about their culture? I should hope not. No wise missionary would ignore their cultural context and never say more than, "I've got the Bible. Come listen." Now, obviously we do want people to come and hear God's Word taught, but we communicate it in a way that resonates with our hearers.

The same is true for planting a church anywhere in the world. The church I planted in Buffalo, NY looks much different than the church plant I'm working with now outside Nashville, TN. Why? Because those two areas are culturally very different. I don't preach a different gospel now than I did then. I have not drastically changed my theology. But I do communicate the message so that it reaches the intended audience.

As a seminary professor, students would often ask me what kind of church they should plant in a specific location. I would always tell them I didn't know because I didn't know the area. Instead, I would ask them specific missiological questions:

Those come from seeing things through a missiological grid. When you answer those and other questions, you can begin to understand how best to communicate the gospel in that community?

We need theology and missiology

If you plant a church with only a theological grid—where you are just saying come hang out with our grid—without any consideration to missiology, you ultimately will simply gather believers (Reformed, charismatic, traditional, etc.) in what you see as a more pure expression of church.

If that that expression is your passion, plant that church, but do it with a missiological focus by engaging people who are far from God. In the end, you'll plant a church that reflects your theological values, but it won't be the church that tied up in their theological grid with no concern to missiology.

Two Grids Every Church Pastor/Planter/Missionary Must Use: Missiological Grid