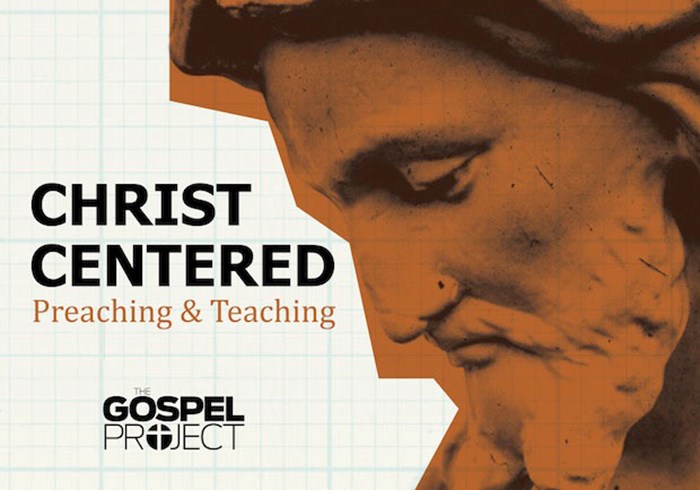 This is the seventh installment in a series of posts examining Christ-Centered hermeneutics and their impact on preaching. I have asked several well-known leaders and thinkers to examine and discuss Christ-Centered preaching:

This is the first post from Walt Kaiser Jr. (Ph.D., Brandeis University). Kaiser is the author of several books and commentaries, and is currently President Emeritus and Distinguished Professor of Old Testament and Ethics at Gordon-Conwell Theological Seminary.

I believe the first time I encountered the problem that Christ-centered preaching attempts to solve was in Dr. Sidney Greidanus' work entitled Sola Scriptura: Problems and Principles in Preaching Historical Texts, (Toronto: Wedge Publishing, 1970). In his account of the issue, the problem arose in the 1930s in the Gereformeerde Kerken in Holland as objections were raised to the manner in which preaching was being practiced in the Church at that time. As he saw it,

Simply put, their complaint was that the preachers, in preaching historical texts, would display the persons mentioned in the texts [of Scripture] as models to be imitated, as examples to be followed -- hence the term "exemplary preaching." (Sola Scriptura, pp. 8-9)

Greidanus suspected the influence of 19th century Liberalism with its emphasis on personality, for had not Schleiermacher's school of thought depicted history as the religious consciousness in individual persons? Thus, the personality idea was used as a bridge to get to relevant preaching. In the view of many, then, Liberal theology and exemplary preaching went hand in hand!

In the decade before Greidanus' book appeared, I too was trying to lead future pastors into preaching the whole Bible, for it was clear that even though 76% of the Bible comes in the earlier testament, there were precious few sermons that dared choose a text from the Old Testament, not to mention the task of clearly bringing out the authoritative point being made by the Spirit of God in that text. Thus, the twentieth century Church was being raised on a canon within a canon: the New Testament as the arbiter of the entire Bible.

Out of this maze of issues, my quest for finding for myself and my students a way to preach the Old Testament text in particular began and has continued over a half century later.

In the meantime, some of the more noticeable suggestions for solving this problem continued to come forth. Greidanus' solution was for preachers to "interpret the Old Testament in the light of its fulfillment in the New Testament" (Sidney Greidanus, The Modern Preacher and the Ancient text: Interpreting and Preaching Biblical Literature (Grand Rapids: Eerdmans, 1989): p. 119. But this reduced the available texts from the Old Testament to those the New Testament choose to use. Moreover, the specific details of the earlier texts were often jettisoned in the rush to show how the testaments agreed in their witness to the coming Messiah or his birth, death and resurrection.

Others championed a Christocentric interpretation (also known to some as the "Redemptive-Historical" method of interpreting), in which the interpretation of all Biblical texts should be done in such a way that the main theme should be explicitly and directly related to Jesus Christ. But in this method the emphasis falls on a whole-Bible-focus on God's work in redemption across the whole canon. While this is beautiful and praiseworthy, it had the potential for substituting the specificity and particularity of individual passages for what was the final work of God in Christ, by always going for the one "big idea" that embraced the whole canon. Much of Christocentric preaching tended to depend on a strong Biblical Theology, but a Biblical Theology that often wove together some twenty major biblical themes such as kingdom, temple, sacrifice, and the like, and one which then allowed the preacher to leap from anywhere in the Biblical text to a call for a trust in the Lord Jesus who is the author of so great a salvation, as recorded of course from one end of Scripture to the other. Graeme Goldsworthy reports that "[t]he riches in Christ are inexhaustible and biblical theology is the way to uncover them." (Goldsworthy, Preaching the Whole Bible as Christian Scripture: The Application of Biblical Theology to Expository Preaching, (Grand Rapids: Eerdmans, 2000): p. 30.)

But despite our approval of the fact that Christ is indeed the center of the Bible and that the redemptive emphasis is strong in the Scriptures, it is difficult, yea impossible, to lay the claim that our Lord Jesus must be found in every text of Scripture, indeed, on every page! (Dr. David Murray, Jesus on Every Page: 10 Simple Ways to Seek and Find Christ in the Old Testament (Nashville: Thomas Nelson, 2013). There are five possible Biblical passages that are often used to support the claims of Christocentric preaching, but in each case there is a tendency by those who adopt this view to say what Al Mohler concluded about this whole approach to preaching:

"Every single text of Scripture points to Christ….From Moses to the prophets, He is the focus of every single word of the Bible. Every verse of Scripture finds its fulfillment in Him, and every story in the Bible ends with Him." (Al Mohler, He is Not Silent: Preaching in a Postmodern World [Chicago: Moody, 2008] p.96, as cited by Abraham Kuruvilla, Privilege the Text: A Theological Hermeneutic for Preaching, [Chicago: Moody, forthcoming, 2013, p. 248]).

And [Jesus] beginning with Moses and all the prophets, .... explained to them what was said in all the Scriptures concerning himself. Lk 24:27.

And [Jesus] said to them, 'This is what I told you while I was still with you; Everything must be fulfilled about me in the Law of Moses, the Prophets and the Psalms. Lk 24:44.

Jews demand miraculous signs and Greeks look for wisdom, but we preach Christ crucified: a stumbling block to the Jews and foolishness to Gentiles. I Cor 1: 22-23.

For we do not preach ourselves, but Jesus Christ as Lord and ourselves as your servants for Jesus' sake. 2 Cor 4:5.

Ralph Dale Davis, whose works on the Historical books in particular I have appreciated for the breath of their theology and their adherence to the authorial teaching in each, correctly argued that not every verse, every word, or every story in the earlier testament focused on Christ alone. Instead he argued: