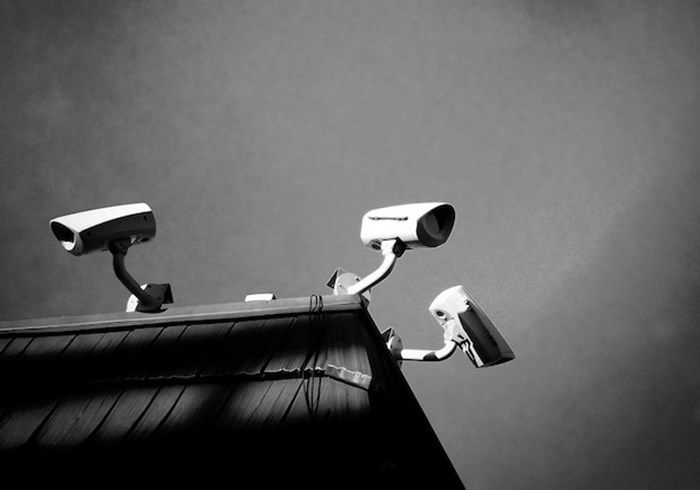 Almost immediately following the terrorist attacks of September 11, 2001, the Department of Homeland Security and the Transportation Safety Administration were created. After stumbling through an impromptu round of "God Bless America" on the capitol steps, both sides of the aisle were quick to put aside their regular differences in order to put forward their most secure faces.

Neither party wanted to be seen as soft on terrorism.

Almost twelve years later, we must face the snowball effect of those initial efforts and have a real discussion about where the priority of "security at all costs" ends and the honoring of civil liberties begin. For Christians, this is an important conversation because it involves biblical issues such as the dignity of all persons, a healthy view of human depravity, and our belief in Christian ethics.

It is important to note that we have, for example, a First Amendment in the Bill of Rights because free-church Christians (Baptists, to be specific) said that the government should not be trusted to guard the rights of the individual-- those rights had to be enumerated, so that freedom and liberty could be protected.

Actually (and ironically), some of the Founding Fathers were concerned that by listing the "rights" in these "bills," some might assume that these were the only rights, when there were many more. Regardless, they added these rights, which were generally a non-issue for many years-- until they were tested many years later and the Bill or Rights became more prominent.

Our Founding Fathers saw the Bill of Rights as providing barriers against government overreach and abuse.

People (particularly people in governments with power) could not be trusted to have no checks on their power. Why? Well, some of it had to do with history. For example, a bill of rights was an English concept preceeding the American experiment. But, some of those colonists held the view because of biblical convictions about fallen nature and the need to protect rights that some might want to take away.

While Big Brother's eyes grow stronger, some Christians just shut their eyes tighter. Perhaps if we better understood current events, we might consider their skeptical approach to the government power.

What You May Have Missed

With yesterday's new revelations about NSA monitoring and collecting the communication metadata of U.S. citizens (and even more than originally thought), the subject of government overreach is once again in the headlines.

While Edward Snowden, the former Booz Allen Hamilton employee who leaked the information to the press, is no hero, some of the now public information has shocked, and perhaps wakened, many Americans.

That our government has, for years, examined emails, phone records and text messages is of concern. According to former senior NSA crypto-mathematician William J. Binney this Bluffton, UT data center will have the capacity to harvest the complete contents of private emails, cell phones calls, Internet searches and other personal data. Supporters of the NSA claim only metadata of non-US citizens is subject to surveillance, but some reports claim US citizens have been objects of the NSA's spy tactics.

As if our digital communication is insufficient, the New York Times recently reported our snail mail isn't necessarily safe either. This collection of our personal correspondence is of double concern since the 4th Amendment was written to protect us from unreasonable search and seizure.

Just this morning, USAToday released a story with the ominous headline, "You can't hide from cops with license-plate scanners," explaining that ever licence plate is now being scanned as police drive by. And, that data is stored indefinitely-- to be looked over as needed. As the ACLU statement said in the story, "This is a way to track all Americans all the time, regardless of whether they're accused of any wrongdoing."

Those who follow me on Twitter know of my concern-- and my surprise that other Christians did not share my concern-- about the actions of the TSA. Early on, I wrote a blog post that shared my concerns and approach-- Christ-like resistance.

Under the Orwellian euphemism of "enhanced screening," travelers in American airports have become subject to groping by TSA agents. Most others were forced to endure invasive full-body scans that literally created explicit images of travelers. Agents then viewed the images in a back room, deciding whether a traveler needed further scrutiny.

There are a large number of videos on YouTube depicting confrontations between TSA agents and travelers, some of which will make your head explode. Many of them show personally invasive behavior displayed by government agents even toward children and the elderly.

Civil libertarians are very concerned about where all of these intrusions might ultimately lead. I suspect, were our Founding Fathers still around, they might just be convening a new constitutional convention to deal with the erosion of our freedoms. Why? Because they cared about the dignity of people and knew from the scriptures that human governments would tend to abuse such power. I cannot imagine how they would respond to the idea that people who give up naked pictures of their children in order to travel-- yet that is exactly what many Christians were happy to accept.

What We Should Be Doing

Recently, the government has backed off some of the more obtrusive TSA activities-- admitting they went too far. But when the government admits and corrects the problem before most Christians are even concerned about it, we have a bigger issue-- Christians who have lost perspective.

Unless we admit there are some limits to Romans 13, the government becomes like a god, rather than an instrument of God.

So, my issue here is not only to speak up against government overreach, but to speak out against Christian under-speak.

Thankfully not all have been lulled with trade, willingly shouting, "Our liberty for our safety."

Some Christians, Who Are Not Fringe Conspiracy Theorists, Are Starting to Speak

The stunning news that the United States may be the most surveilled society in human history has opened a fierce debate on security, privacy, and accountability. It has also brought about an amazing and unpredicted political realignment, at least on this issue. Rand Paul and Al Gore singing from the same hymnal? Dianne Feinstein and Michele Bachmann in agreement on something?

Clearly not everyone is buying the line that the searches and seizures of the NSA are reasonable and justified. Provisions of the Patriot Act and the Foreign Intelligence Surveillance Act are cited to give legal cover to the hyper-collecting of metadata of millions of Americans with no connection to terrorism. But as Professor Laura K. Donohue of Georgetown University Law Center has pointed out, the secret FISA courts have given the surveillance bureaucracy a virtual (meaning also real) carte blanche. Out of some 8,600 invasive search requests, only two have been denied.

Timothy is no fringe character which should remind us this is not a fringe concern.

When our government thought it was acceptable to take naked pictures of people and touch the private parts of children, most Christians were silent.

Regrettably, when our government thought it was acceptable to take naked pictures of people and touch the private parts of children in the name of security, most Christians were silent.

At least one Christian leader notably endorsed the approach—and I won't call him out because now even the government that came up with the idea is sorry they did. (Now, they take computer pictures of your naked body, a computer sees and analyses them, and they only touch the private parts of those 13 or above—which, I guess, is a step in the right direction.)

Yet, when this all started and at the heat of the controversy, most Christians were silent.

Perhaps too many do not see a correlation between dignity of all persons made in the image of God and constitutional rights, a free society and a realistic view of what power does to people.

Or perhaps they hear "ACLU" and run the other way.

Either way, part of the role of Christians in any society is speaking up against wrongs committed by their government-- and to be wise to discern the potential for such wrongs. We have a responsibility to recognize and respond to unethical behavior and the decisions that emboldened such behavior.

So, we should speak up when the government decides it knows best about our personal information and freedom. We cannot sit idly by while they decide to store the phone numbers and names of people we call, touch the private parts of 13-year olds in the name of airport security (using a system that is more about "security theater" than safety), track every piece of mail we send, or know where we drive (note that the USAToday article specifically mentions places of worship).

Part of the role of Christians in any society is speaking up against wrongs committed by their government.

For the record, I don't watch (much) right-wing television or believe there is a global cabal working toward a New World Order. Furthermore, I think that conspiracy theories make Christians look ridiculous. And, I think that President Bush (under whom most of these policies began) and President Obama (who spoke against many such policies as a candidate but largely continued them when he became President) both want to protect Americans and believe these means do so.

However, I do recall that when this country was forming, it was free-church Christians who said that government could not be trusted with the type of power that is becoming the norm today--and will only grow more expansive with each tomorrow.

This expansiveness is also a concern of retired Associate Justice of the Supreme Court David Souter, an admittedly liberal judge from New Hampshire. As he stated in a 2012 forum:

"I don't worry about our losing a republican government in the United States because I'm afraid of a foreign invasion. I don't worry about it because of a coup by the military, as has happened in some other places. What I worry about is that when problems are not addressed people will not know who is responsible, and when the problems get bad enough—as they might do for example with another serious terrorist attack, as they might do with another financial meltdown—some one person will come forward and say 'Give me total power and I will solve this problem. That is how the Roman republic fell. Augustus became emperor not because he arrested the Roman senate. He became emperor because he promised that he would solve problems that were not being solved."

We've already seen too much liberty given away in the name of false security. Furthermore, if/when a surveillance state exists, and such a situation arises per Justice Souter's description, it may be too late to speak up.

Also, it is important to note we stand on the brink of a technological explosion that will make 1984 look like holding a cup up to a door to listen to our apartment neighbors. With drones, listening devices, and remote heat sensors, there will simply be no privacy unless someone speaks up.

That someone should be Christians.

The Christians who founded this country-- and even the deists and others who agreed with the concerns-- would be surprised at our naivety.

I wonder where such discerning Christians are today.

Marty Duren contributed to this article.