What Should We Do Now?
Ed Stetzer 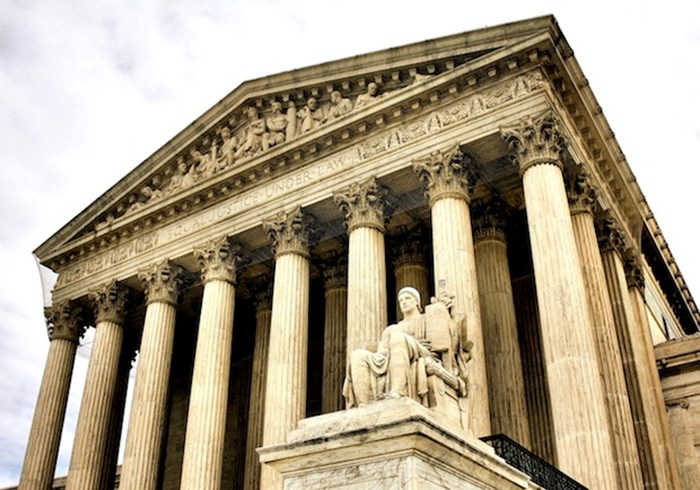 Last week, the largest Christian ministry devoted to helping homosexuals struggle against their attractions apologized to the gay community and announced it was shutting down.

Today the Supreme Court of the United States struck down parts of the Defense of Marriage Act, passed in 1996. The Supreme Court also declined to rule on Proposition 8 from California (Christianity Today has the full story here).

In doing so, same-sex marriage recognition remains a state issue and (although this is not completely clear) it appears to remain legal in California, as it is in 12 other states and the District of Columbia. Also, the United States government will recognize the legality of those marriages with respect to federal benefits.

Needless to say, our culture is changing-- quickly and dramatically on this issue. But how should Christians respond?

Our typical response has been to post on blogs, write articles, and send tweets to shout about our opinion and speak out against those who differ. That's already happening. But, I'm not sure that is the best approach right now. Why? Because courts don't determine biblical morality, and regardless of what government does, churches shouldn't stop their mission.

The Court decides what is legal and appropriate for a secular, civil government

Our own LifeWay Research findings show that 58 percent of American adults agree same-sex marriage is a civil rights issue, and 64 percent believe the legalization of same-sex marriage in the United States is inevitable. Despite evangelical Christian belief (and the beliefs of many other faiths) that homosexual activity is personally sinful, society has increasingly decided that gay marriage is legally permissible.

But to an ever-increasing majority of our culture that view is discriminatory and, ironically, they sometimes appeal to Scripture for their justification. When President Obama announced his "evolution" on the issue last summer, he quoted Jesus' Golden Rule. Proponents of same-sex marriage hold that societal change is necessary to treat others as we would like to be treated, regardless of our views of morality and sin. Christians have always taught that God's standard and intent is one man, one woman, one marriage, for one lifetime. That position makes sense to us based on the Bible's clear teachings.

We must realize that believing what the Bible says about sexuality will increasingly put us at odds with our culture. Pressure will continue to mount to accept a worldview rooted in cultural acceptance rather than biblical revelation. And we must prepare ourselves for the day when acceptance will not be enough—affirmation may be demanded to be a part of society.

What the Bible says about sexuality will increasingly put us at odds with our culture.

For those Christians seeking to witness real cultural impact, our public conversation should not begin with opposition to homosexuality-- but with our witness for Christ in word and in deed. We need to show grace and friendship to those who struggle, while holding fast to what the Scriptures teach. Without hiding our beliefs, we need to look for opportunities to have conversations, build relationships, and demonstrate grace.

For example, I was preaching at Pathway Vineyard Church in Maine on the Sunday after the state of Maine legalized gay marriage. After such a strong statement and shift in the culture around them, what did the believers there do? The same thing they did the week before: loved people, served the hurting, and preached Jesus.

Regardless of the ruling from the Supreme Court, your church—as well as mine—has the same mission it did last week: we are to love people and share the Good News of Christ with them.

Regardless of the ruling from the Supreme Court, your church—as well as mine—has the same mission it did last week.

I know it feels like many are reeling from this announcement. As I wrote in November, Christians are increasingly considering the reality that we might be on the losing side of the culture war. In truth, it will take weeks—and possibly months—for us to understand the full weight of this Supreme Court decision.

But we should not panic. It does not help to speak in ways that do not honor Christ. The sky is not falling. Jesus is still King and God is still sovereign.

We cling to the cross, stand on the rock, and remain steadfast in the hope found only in Christ. For we alone have that hope. And it is that hope which we are commanded to share with the world, whether Christianity is the cultural norm or not.

Fifty years ago, Christians comprised the mainstream in America and were fully accepted as a cultural majority. Many during that time did not stand up for those who were weak and marginalized. The "good old days" so often longed for were also times of racial oppression, gender discrimination, and theological confusion. So, pining for those "moral" days of yore is like chasing a mirage. The past simply wasn't that great for many when Christians had more influence.

Pining for those "moral" days of yore is like chasing a mirage.

During those days, Christians preached loudly and boldly the lostness of people without Christ and the need to "get your family in church." We railed against atheists and Hugh Hefner. They were not necessarily mad at us, but we were mad at them without apology for the lies and immorality they promoted in our world. Over the past five decades, they returned the favor, marginalizing our faith as out of touch and culturally unacceptable.

As kingdom citizens, we are at an historic crossroads. We can either get furious at them again and perpetuate the cycle (as I am afraid some of us are already doing), or we can respond like Jesus. Our mission demands the latter.

After all, we can't hate a people and reach a people at the same time.

If we are going to reach the world—including those who believe same-sex marriage is a civil rights issue—we must learn to love them. All of them. Not just the ones who look like us, dress like us, worship like us, believe what we do, or share our cultural traditions.

If we are going to reach the world, we must learn to love them. All of them.

So, don't rant on Facebook. Don't lose your temper on Twitter. Don't rage to your neighbor or coworkers.

We can address religious liberty concerns as they come with firm resolve and Christ-like humility. Even though the playing field may have changed, the mission of God has not. We are not here to protect our ways and traditions. We exist to show the world the love of Christ and share with the world His good news.

No election, referendum, or court ruling will ever change that.