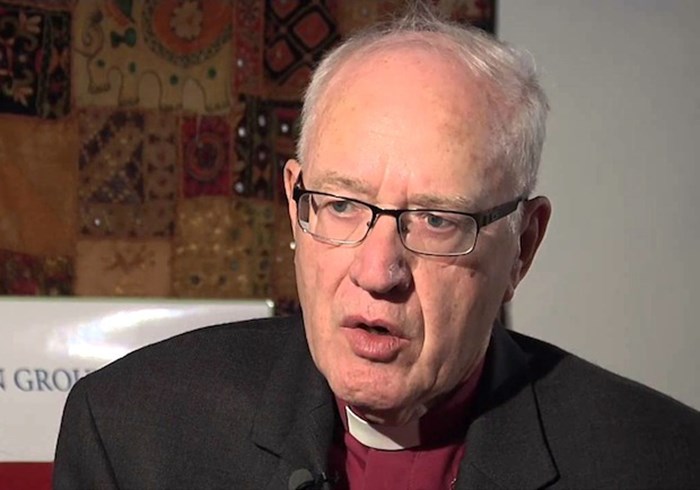 Christianity at risk of dying out in a generation, warns Lord Carey — John Bingham

Christianity is just a "generation away from extinction" in Britain unless churches make a dramatic breakthrough in attracting young people back to the faith, the former Archbishop of Canterbury Lord Carey has warned.

Clergy are now gripped by a "feeling of defeat", congregations are worn down by "heaviness" while the public simply greets both with "rolled eyes and a yawn of boredom", he said.

His comments at a Christian conference came as a stark report laid before the Church of England's General Synod warned that its position as a "national institution" will be in doubt if numbers in the pews drop much further.

The Archbishop of York, Dr John Sentamu, also underlined the scale of the crisis telling members of the Synod they must "evangelise or fossilise".

In an impassioned plea for Church to adopt a new missionary stance, he told them that their constant internal debates were like no more than "rearranging furniture when the house is on fire".

C.S. Lewis, more popular 50 years after his death than he was in life — Sarah Pulliam Bailey

Here's more on C.S. Lewis. (You can read my article here.)

The British author, described by many as perhaps the 20th century's most influential Christian intellectual and apologist, is said to have greater influence in the United States than in his own country. Yet on Friday, a memorial stone for Lewis will be added to the storied Poets' Corner in Westminster Abbey, alongside Shakespeare, John Milton and the Bronte sisters.

Many Christians are first introduced to Lewis, a philosopher, theologian, professor and author, at an early age with "The Chronicles of Narnia," a place where it is "always winter, but never Christmas." For adults, his most influential work was "Mere Christianity," where he argued that Jesus was either a lunatic, liar or Lord.

Thought this was interesting…and disturbing.

Why Some Pastors Get Little or No Vacation

I do think the pastor I encountered was an exception, but I have spoken to more than one pastor who has skipped vacations for a year or two or even three. Some of you may know of pastors who have excessive vacations or who abuse the vacations given to them, but those pastors are the exceptions.

There are many pastors who have no other staff. Though the laity do some of the work of ministry, church members still want the pastor to visit the hospital. Or officiate the funeral. Or counsel the person in crisis. As a result, many pastors are reluctant to take vacation.

Some pastors have admitted to me that critics in the church get loudest when they are gone, so they are reluctant to leave. They know the church will have some type of conflict taking place upon their return, so vacations become a time of worry and wondering.

Pastor and Innovation Leader at LifeChurch.tv, Bobby Gruenewald, joined guest host LifeWay vice-president Dr. Eric Geiger to explore the themes of technology, leadership, and innovation and the church. Bobby oversees the Digerati, Media Design, and Communications teams as well as the LifeChurch.tv Open, Network and United operations. Don't forget to join me every Tuesday at 3:00 PM Eastern for The Exchange.