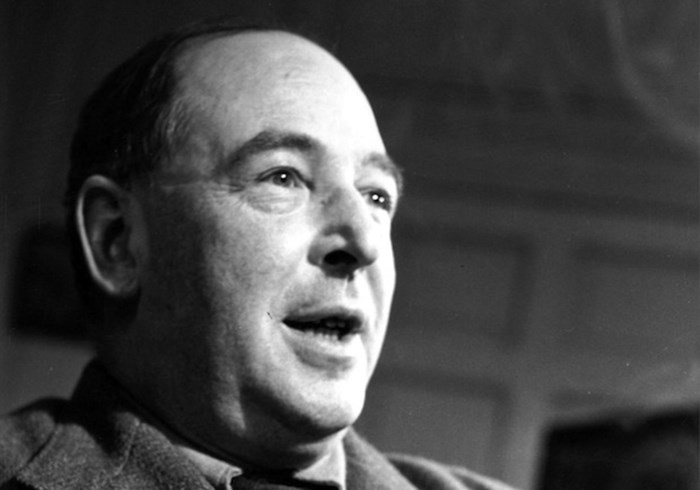 Image: Courtesy of The Wade Center

But on November 22, 1963, they were brought together in the deaths of two influential men called "Jack" – John F. Kennedy and C.S. Lewis.

I don't remember that day—my parents had not yet married, let alone had any children. Yet, that day would be significant for many reasons and to many people—including me.

The president of the United States had been assassinated and the eyes of the world turned to Dallas, Texas. Meanwhile, across the Atlantic Ocean, an Oxford professor collapsed in his bedroom, succumbing to an illness that had ravaged his body for more than two years.

Seeing the president shot dead as he rode through the streets will dominate the news and grab the attention of everyone. Lewis' death in his home due to a kidney illness he had been living with since 1961 doesn't jar the senses and beg for headlines quite as much. But, the latter had much more influence on me than the former.

Over the next decade of upheaval, Lewis' works remained almost dormant. Disillusionment following the assassination of JFK and Bobby Kennedy, Vietnam, the civil rights movement and the sexual revolution pushed aside his place in the culture.

But turmoil and revolution can only last so long. People needed something solid. There was Lewis, ready to be rediscovered by a generation of Christians looking to engage culture and move beyond the isolationist mindset of fundamentalism.

I was one of those who discovered—and had his faith bolstered by—C.S. Lewis.

The first book I read was Out of the Silent Planet and read through the entire Space Trilogy. I was a young teen at the time and my mother (a new Christian) gave them to me. I knew—because she made a point of telling me—he was a Christian, but I did not know just how much of an influence he would have on me later. I simply liked to read science fiction and I loved the idea that a Christian would write such... and then later saw more such writing in the Chronicles of Narnia.

But, it was his other writings that would later build my passion for accesible theology. It was first Mere Christianity, which I would later share with hundreds of different people as an apologetic defense of the gospel. Then, later, it was The Screwtape Letters, Miracles, The Problem of Pain, and Surprised by Joy. I read them all as a teenager and again later as an adult.

Honestly, I was unimpressed with a lot of the teen books for Christians in those days. Having been raised in a nominally Catholic home outside of New York City, and having come to Christ in an Episcopal Church, I did not relate to many of the bubble gum devotionals that were birthed from the evangelical world at that time. As a young, recently converted believer, I was drawn to his writing—an articulate Anglican talking so much about this Jesus.

To me, Lewis made it OK to love Jesus and have a brain.

Half a century later, we still read Lewis because he wrote in such an accessible, but passionate manner about the convictions of our faith. He was an atheist whose life had been transformed by Christ. In a lecture to the Oxford Socratic Club entitled, he said, "I believe in Christianity as I believe that the sun has risen, not only because I see it, but because by it I see everything else."

He was able to communicate with reason and imagination. The same mind that developed the logical arguments within Mere Christianity created the fantasy world of Narnia. And Lewis did so because he was informed and shaped by his Christian faith. He wanted others to know Christ as he knew Him.

In many ways, Lewis was before his time. There has been a recent emphasis on telling the story of Scripture. When we were developing The Gospel Project, this was part of our focus—helping people see the unifying story within the Bible. With Narnia, Lewis wanted to communicate the biblical truth through fictional stories.

He discovered that people would automatically become defensive if the conversation turned to spiritual matters. Even in his own childhood, he felt his feelings toward Christianity were hampered because they seem to be obligated. The way around that, he discovered, was through a story.

"But supposing that by casting all these things into an imaginary world, stripping them of their stained-glass and Sunday School associations, one could make them for the first time appear in their real potency? Could one not thus steal past those watchful dragons? I thought one could."

So 50 years after his death, Lewis still influences countless readers, including many whose dragons are caught unaware. Yet those who believed Kennedy would usher in an age of prosperity and peace were confronted with the very reason Scripture tells us to not place our hope in princes.

Perhaps Camelot and Narnia are a reminder to us. We should not attempt to use political means to accomplish spiritual goals. Our hope for change hearts does not come at the ballot box, but rather as we form relationships with others and tell them the story that has transformed us. Our hope flows from a blood-stained cross and an empty tomb, not Supreme Court rulings or Oval Office decisions.

On that fateful November day, Camelot was over, but Narnia lives on.

Aaron Earls, our resident C.S. Lewis guru (who blogs at Wardrobe Door, no less) contributed to this article.