Where did all these continualists come from?
Ed Stetzer 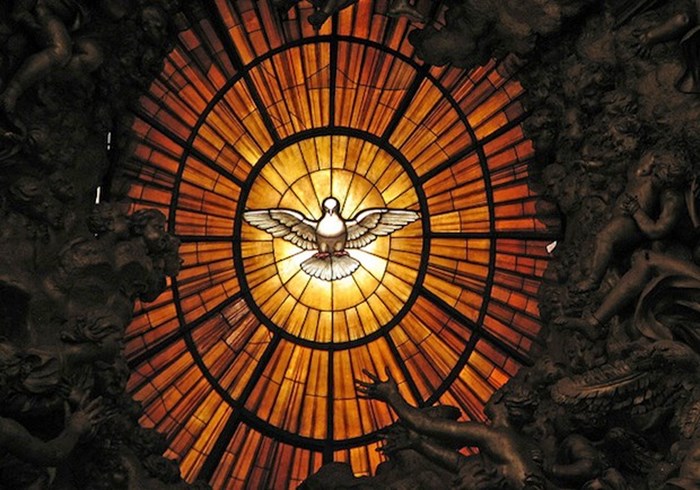 This is just one part of an entire series on various streams of Pentecostalism. Here is the rest of the series:

I've already written extensively on my continualist brothers and sisters and I thought it helpful to continue that series for a couple more posts.

I started this series during the Strange Fire Conference, to (I hope) provide some additional light in the midst of what became a lot of social media heat. (Honestly, 140 characters on Twitter is NOT the best place for theological conversations.)

One of the interesting results of the Strange Fire conference and book may be the point of John MacArthur's concern—the reaction shows that more and more evangelicals are, indeed, continualists. That's important for this post, so I thought it worth mentioning in the introduction.

Simply put, belief in the sign gifts seems to be a mainstream view now. (I'd not be surprised if it is a majority view, and plan to poll on that soon and to see how belief "in" relates to practice "of" those gifts.) Regardless, even organizations in a similar theological stream (Reformed) to John MacArthur, like The Gospel Coalition, are providing helpful analyses on the continualist movement. Pastors like John Piper are explaining their robustly continualist beliefs.

As such, I imagine that John MacArthur, as a convinced cessationist, felt a bit like Jerome who woke up "the whole world groaned and marvelled to find itself Arian." Thus, he spoke up and against this growing continualist influence and, of course, the debate was joined by others.

However, my approach has been to educate rather than debate. There's been plenty of criticism (and counter criticism) and that has been needed at times (in both directions). Of course, one of the important things we need to consider about criticism is this: do those being criticized recognize themselves in the criticism. (See my series on criticism here.)

But, I thought it worthwhile to continue to educate and let others debate. As such, I am continuing my series on the continualists today.

Perhaps this current dust-up was mostly spurred not by Pentecostals, charismatics, or even the beginning of the Third Wave. Perhaps it was because the movement has become mainstream and is often embraced by evangelicals.

If that is the case, I think a big part of the reasons will be a guy named John Wimber.

In my last post, I looked at the Third Wave—continualists who hold that all the gifts are at work, but do not see the Baptism of the Holy Spirit as separate from conversion. They started as "power evangelicals" but, I think, were more broadly accepted as "empowered evangelicals," as explained by my friend Rich Nathan and Ken Wilson.

The term "power," used among those ascribing to the early Third Wave, meant evidential power of the Holy Spirit, resulting in healing, miracles, and evangelism. Power evangelism refers to the proclamation and supernatural demonstration of the kingdom of God as an effective way of winning followers of Christ.

John Wimber wrote a book entitled Power Evangelism in 1986 and it has sold over a million copies. In 2006, Christianity Today named it the twelfth most influential book among "The Top 50 Books That Have Shaped Evangelicals." That's a lot of influence.

Wimber defined power evangelism as "a presentation of the gospel that is rational but that also transcends the rational (though it is in no way 'irrational' or anti-rational)."

Power evangelism resulted in mass conversions among families, villages and communities, according to Wimber. He documented the effects of signs and wonders back to the second century. (His history was not perfect, but it was helpful. I prefer Von Campenhausen's scholarly Ecclesiastical Authority and Spiritual Power, which comes to some similar conclusions about the post-apostolic early church.)

Signs and wonders are still occurring today... [and]... churches grow most rapidly where Western Christians—and their anti-supernatural bent—have the least immediate influence."

Wimber went on to explain power evangelism this way:

The explanation of the gospel—the clear proclamation of the finished work of Christ on the cross—comes with a demonstration of God's power through signs and wonders. Power evangelism is a spontaneous, Spirit-inspired, empowered presentation of the gospel. Power evangelism is preceded and undergirded by demonstrations of God's presence and frequently results in groups of people being saved. Signs and wonders do not save; only Jesus and His substitutionary work on the cross saves.

Those words resonated well with many evangelicals. They wanted the power that they saw in their Bibles, but (generally) did not want to be Pentecostals. Some probably did not want to be Pentecostals for theological reasons (as in they did not see the Baptism of the Holy Spirit in the same way). Some, I imagine, just saw Pentecostals as culturally different. Wimber did not look like a what some might stereotype a Pentecostal. (When I met him, he was sporting an Hawaiin shirt like Rick Warren back in the day.)

So, Wimber became a carrier—depending on your view, for good or bad—of continualist practices and beliefs into mainstream (particularly Baby Boomer) evangelicalism. Later, Wayne Grudem would become the unofficial theologian of the Vineyard movement, adding academic credibility to its influence.

Boomer evangelicals wanted the power and the gifts. They wanted what they saw in their Bible, but did not see in their churches.

Simply put, Jack Graham statement about "strange fire" may speak for many:

For many the biggest problem is not strange fire, but no fire.

And, as I will explain next time, "Empowered Evangelicals" (rather than "power evangelism") because a growing trend. Many evangelicals decided that continualists were right about the gifts being present, but they didn't want quite to be Pentecostals, did not really want it to be ALL about the power, yet still wanted to be "empowered evangelicals."