Over 300 million people in the world are considered charismatic Christians.
Ed Stetzer 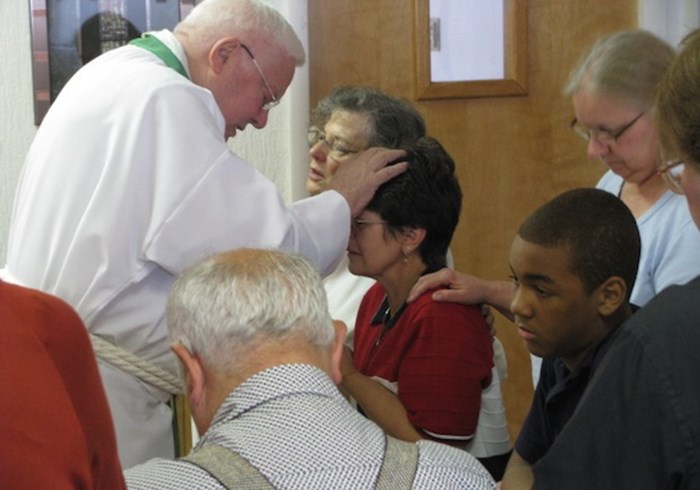 This is one part of a whole series of various streams of Pentecostalism. Here is the rest of the series:

A 2011 Pew Forum study showed that almost 305,000,000 people worldwide, or 14 percent of the world's self-identified Christian population, is part of the charismatic movement.

That's 305 million people, and their impact on Christianity and God's global mission has been powerful and far-reaching. Needless to say, and as with any movement, that includes both good and bad. Yet, to understand a movement's impact, we often need to understand it better-- including its history.

To understand the beginnings and growth of the Charismatic Renewal Movement, you need to know Dennis Bennett. Interestingly, the story of the charismatic renewal begins less than twenty miles from the Azusa Street Mission where Pentecostalism was birthed almost sixty years before that. (See my explanation of continualism here.)

Most consider Van Nuys, CA as the starting place of a distinct movement that would come to be called the charismatic movement.

Birth of the Charismatic Renewal Movement

The emphasis on the Baptism (or filling) of the Holy Spirit and charismatic gifts began to spread quickly through mainline denominations throughout the 1960s and 70s. Though much of the belief and practice of the Charismatic Movement came directly from the Pentecostals who had been around for nearly sixty years, the mainline churches who embraced such belief avoided the "Pentecostal" label for both cultural and theological reasons.

Instead, these churches adopted the descriptor "charismatic," as described by Harald Bredesen, a Lutheran minister who was part of the movement. The label came from the Greek word charismata, which means "a gift of grace," and refers to the particular gifts they emphasized.

Charismatic renewal spread into other mainline traditions, which I do not have time to address here, but that also included a charismatic movement within the Roman Catholic Church. However, let me mention the scope and impact of the movement by tracing one part in one tradition.

Bennett wrote the book Nine O'Clock In the Morning in 1970, and the impact of that movement spread around the world. Africa's Anglicans are one of the groups deeply influenced by the charismatic movement.

There are certainly many theologically aberrant groups in Africa (and around the world), but often African Anglicans are respected for their passion for liturgy, the word, and the spirit. Often, they are the ones speaking into the heterodox practices in much of what is called the charismatic movement in Africa and, ironically, some African Anglicans helped birth the new Anglican province launch here in the United States.

Anglicanism in Africa existed prior to Bennett and functioned like most other places. But the charismatic renewal created a major global shift in Africa and elsewhere. And, ironically, that renewal would eventually circle back to help bolster evangelical Anglicans in the Episcopal Church decades after Dennis Bennett.

From Mainline to Mainstream.

The Pentecostal movement in the early 1900's grew to about 50 million by 1950 and then it exploded with the Charismatic renewal coming into the mainline traditions in the 60's and 70's. The growth in the time affected Anglicans, Lutherans, Orthodox, Reformed, and even Roman Catholics (see my brief reference to charismatic Catholics here).

Movements were born in each of those denominations. Episcopalians had "Faith Alive" and "Acts 29" (not the church planting network, but the Episcopal group), the Southern Baptists had the "Fullness Movement," Lutherans had ARC, and more. Some denominations adopted guidelines (like the Methodists), but most of those movements declined as mainline denominations moved leftward theologically. One notable exception would again be the Anglicans, with the new Archbishop of Canterbury (Justin Welby) coming from a charismatic Anglican tradition.

The charismatics tended to be the evangelicals and as the mainline denominations became more progressive theologically, the charismatics began to be increasingly uncomfortable. Many left, though not all. (For example, much of the church planting in the Reformed Church in America would be in the charismatic stream.)

With the movement away from mainline denominations and the explosion of charismatic churches around the world, the center of the movement moved from renewal to independent churches (and from the United States to the Global South). These churches were often no longer tied to the theological traditions that birthed and then "contained" them. As such, the movement began to morph in many directions. Today, you can find charismatics of many stripes and beliefs-- making the movement hard to define and easy to caricature.

The charismatic movement-- mainline renewal and independent charismatic-- is now an established part of the than 500,000,000 Christians worldwide who are part of these continualist traditions (Pentecostal, charismatic, and Third Wave). The movement continues to grow rapidly with no sign that the growth is slowing.

Yet, there are also challenges, as we often see in many rapidly growing movements (consider the Second Great Awakening as I mentioned in an earlier article). Regrettably, people often think of excesses now when they think about charismatics, though that is not the focus of so many faithful charismatics. Regardless, I agree with-- and pray that more will hear and heed-- the words of Lee Grady who explained (in Charisma Magazine), "I t's (Past) Time for a Charismatic Reformation."

So, I'm both thankful for the good and prayerful for the future of my charismatic friends. I hope you will be (both) as well.