Valuing the incredible diversity that God has created across humankind requires that we step out of our comfort zones.
Ed Stetzer 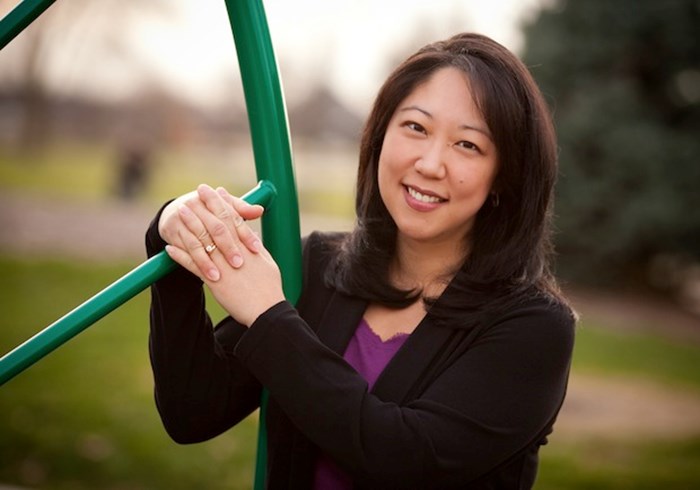 As I mentioned last week, I've decided to reach out to several Asian American friends to speak into a moment of conversation in evangelicalism about cultural sensitivity and ethnic stereotypes. Last week, my friend Ray Chang talked about investing in others. Today, Helen Lee weighs in on cultural intelligence. I've had Helen on the blog before and she's worth a read.

I was born in Spokane, Washington, and I've lived all my 40-plus years in the United States. If you never met or saw me before but heard me speak, you would likely assume that English is my first language, and you'd be correct. I love watching the NFL, I vote and pay my taxes, I make an amazing apple pie—I'm American, through and through.

But more times than I care to count, I have been treated like someone who doesn't belong here, solely because of my heritage as the daughter of two Korean immigrants. My husband is also of Korean descent so my children, too, are Korean by blood, but also 100 percent American as I often remind them. Even so, my 11-year-old eldest son broke my heart recently when he told me that he doesn't think girls will like him because he is "not American enough." And I know he's not getting that message from anyone in our family.

Talk to a group of Asian Americans and you will likely find they all have at least one story, if not multitudes of stories, of being mocked for their ethnicity. When I was in 6th grade, my schoolteacher, who was white, gave instructions to my class on filling out a form by saying, "Now everyone, please check off the box that says 'Caucasian.' Oh, except you, Helen. You mark that box that says 'Asian.'" Sixth grade is not the ideal time in one's life to be identified as the class alien. And yet alien is how I felt, as I tried to burrow further down in my seat to avoid all the staring eyes.

This is the reality of what it means to live as a person of color in this country. You can be fully American by birth or citizenship and still be made to feel like a foreigner. When I was in college, I would make late-night cookies for my friends only to be labeled the "dorm geisha" by a group of outspoken young men who also liked to say my name with a fake Asian accent. "Herro, Heren Rhee!" they would chortle and laugh, swigging their cheap beer as I passed by.

This is why every time I hear someone try to mimic an Asian accent for laughs, I feel exactly as I did in those moments in college or any other time I've been teased in this way, frustrated that people seem to still equate "Asian" with the character of Long Duk Dong from Sixteen Candles, he of the broken English with the gong sounding every time he appeared on screen. It's bad enough to still see those kinds of stereotypes continuing in the culture at large. (Read Angry Asian Man's blog if you don't believe they happen today.) But it's another thing entirely to experience it in the church. And when racial stereotyping and cultural ignorance appears in the house of God or any Christian context, it's not just offensive. It is destructive to the mission of the church, to the very Gospel of Jesus which is supposed to break down all dividing walls and barriers.

For this reason, a number of my colleagues, friends, and acquaintances came together to release an open letter to the evangelical church, asking for greater cultural sensitivity towards Asian Americans and by extension, all people of color in the church. Perhaps you were not aware of this initiative, or maybe if you did hear about it you gave it only passing attention. If either are true, I encourage you to read the letter and then consider this question: is it important for Christians to possess a high level of cultural intelligence?

My answer is that I don't think it's important for Christians to become more culturally literate and sensitive. I believe it's critical. By 2050, the demographics of this country will be such that a white majority will no longer exist. How well prepared are we for this reality, personally and corporately as the church? How much do we evangelicals demonstrate that we are striving to adapt to this coming culture shift, which in many ways is already here today?

Too many evangelical institutions still seem blind to the reality that the church is far more diverse than is represented in their organizations, particularly in positions of leadership and influence. Change will only happen when those who are in positions of power at those organizations, institutions, and churches learn not just to value ethnic diversity, but to pursue racial reconciliation as a mission-critical priority.

This is why I was heartened to hear last week that Wheaton College has decided to make a change to its Community Covenant, which all students, faculty, and staff are required to sign. President Philip Ryken sent an email informing the Wheaton community of the change in which he wrote,

"At its October meeting, the Wheaton College Board of Trustees formally approved a significant addition to the Community Covenant. In the section that begins, 'According to the Scriptures, followers of Jesus Christ will,' the Covenant now includes the following statement":

Pursuing, embracing, and practicing are active, not passive verbs. They imply effort and hard work, because increasing our cultural intelligence and sensitivity is not something that happens naturally. Not only does this have to happen at an organizational level, but it also has to happen individually, in each of our hearts, minds, and souls. Valuing the incredible diversity that God has created across humankind requires that we step out of our comfort zones, take steps of risk and faith to build bridges and relationships with those who are different from us, and acknowledge our own prejudices, preferences, and sins in the area of racial reconciliation.

We may never become a fully reconciled body this side of heaven. However, God still calls us to further his kingdom as best we can on earth as it is in heaven. As Chinese philosopher Lao Tse is often quoted as saying, "A journey of a thousand miles begins with a single step." If we are all taking intentional steps towards greater cultural understanding and racial reconciliation, how much less arduous and contentious that journey will be for us all.

Helen Lee is the author of The Missional Mom and one of the members of the Asian American Christians United organizing committee. You can visit her website or follow her on Facebook or Twitter.