An Appeal to John MacArthur; Public Prayer; A Song for My Mother
Ed Stetzer 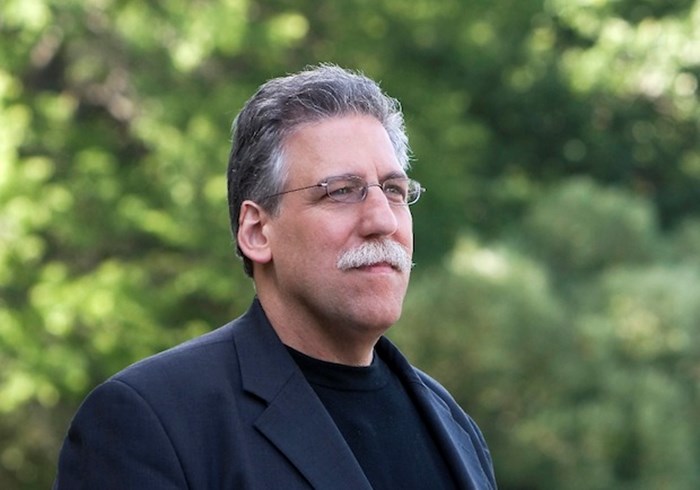 Image: Courtesy of Americans for Truth

John MacArthur is leading a conference opposed to Pentecostalism and the charismatic movement, following up on other such conferences or books against the emerging church, seeker driven churches, and other topics.

As I write these words, the Holy Spirit is moving mightily around the earth, saving lost sinners, bringing rebels to repentance, healing sick bodies, setting captives free and, above all, glorifying the name of Jesus. According to pastor John MacArthur, however, this is actually "a farce and a scam."

In his new book Strange Fire, he claims that this work of the Spirit actually represents "the explosive growth of a false church, as dangerous as any cult or heresy that has ever assaulted Christianity," and he calls for a "collective war" against these alleged "pervasive abuses on the Spirit of God."

Yes, Pastor MacArthur has branded the charismatic movement a "false church" and is calling for an all-out war against it.

For a man of his stature, a man who has done so much good for the body of Christ, this is a tragic error, a decided step in the wrong direction and a rejection of both the testimony of the written Word and the work of the Spirit today.

For the last several months, I have requested a face-to-face meeting with Pastor MacArthur to discuss our differences, but that request has been denied (either by him or by his team). Tomorrow, Oct. 16, he will begin a three-day "Strange Fire" conference, preparing the way for the release of his book next month. (I received an advanced review copy from the publisher; all quotes here are from the introduction and should be checked against the final text of the book.)

Why Public Prayer Is About More Than Culture Wars — Russell D. Moore

Russ Moore pens a helpful post, agrees with the President, and both are right.

President Obama and religious conservatives are rarely on the same side of the culture wars. But a case now headed to the Supreme Court has forced a sliver of consensus between the White House and right-leaning people of faith on -- of all things -- praying in public, in Jesus' name. Perhaps this little truce in the red state/blue state divide can give Americans of all faiths, and no faith, an opportunity to think about why our pluralistic society is better off with uncensored, unscripted public prayers.

The case is Town of Greece v. Galloway, a lawsuit by two citizens against city council meetings in a small New York town opening with a spoken prayer by an invited clergyperson. The plaintiffs argue that the prayers -- especially since some of them were explicitly Christian -- represent an establishment of religion by the government, an establishment forbidden by the First Amendment. The case, now headed to the Supreme Court, represents the first high court test of the constitutionality of such prayers in nearly a generation.

As the legal briefs were filed with the Supreme Court, they initially took the typical trajectory of such disputes. Religious conservative groups -- such as my denomination -- defended the legislative prayers, while so-called "strict separationist" groups called for an end to "sectarian" prayers that would alienate citizens such as the plaintiffs, one Jewish and one atheist.

The Obama Administration surprised some by siding with the defendants in the case, and defending voluntary prayers by invited clergy at public gatherings. The White House's decision ameliorated the potential for a "red state/blue state" shouting match over this case, and made it more difficult for some to suggest that Town of Greece is some advance toward an intolerant "Christian America" zealotry.

But that caricature of a theocracy-seeking evangelicalism, hell-bent on establishing official up-to-code prayers everywhere "in Jesus' name" -- as easy as it is -- doesn't line up with reality, anyway. Conservative evangelicals don't want government support for our faith, because we believe God created all consciences free and a state-coerced act of worship isn't acceptable to God. Moreover, we believe the gospel isn't in need of state endorsement or assistance. Wall Street may need government bailouts but the Damascus Road never does.

In fact, most of us support voluntary public prayer not because we oppose the separation of church and state but because we support it.

A Song For My Mother — Robyn Afrik

My friend Robyn, who heads up missional initiatives for the RCA and the CRC, shares a moving article worth your time.

During the 1970s, only half of the (Korean) children placed for adoption were orphans; most of the remaining children were born out of wedlock (Holt Korea 1999). Because of societal values emphasizing the importance of bloodline, children were adopted domestically only by extended family or blood relatives (Sarri, et al. 1998). By 1976, annual international adoptions of Korean children had reached an all time high of 6,597 children, with approximately 4,000 of these children adopted by families in the U.S. (also-known-as, inc. 1999). Today, there are over 100,000 Korean adoptees in the U.S. and the numbers are growing (Evan B. Donaldson Adoption Institute).

Somewhere in Korea, deep in the heart of Pyuang Chang Kun of Kangwon Province, a young mother stands alone. The sound of her water breaking flows into the rhythmic current of the Dong-gang river miles away, known to be the origins of the Han River and the lifeline of Seoul citizens. Rumor has it that a mysterious woman lives among Tae-baek, one of the more remote mountainous regions in Kangwon—she is with child, an outsider seeking refuge there.

But on this particular night, an unsettling darkness chokes her flawless body as she staggers to a place in her mind where she can no longer force her apologetic legs to continue carrying her burden. Panicky and dazed, she wraps this tiny body in a subconscious remnant of a gracious attempt, a simple pink quilt, and places it neatly along the roadside as though she is selling her diamond at a pawn shop.

As the clock strikes midnight, her magic wears off. She turns back into the young woman she once was. No witness or institution will question the evidence conceived in the womb of these mountains. She kneels beside the Han River, begging it to restore her soul.

Before vanishing into the inconspicuous night air, she leaves a small tender note attached to the child's heart. It is the only evidence giving written record of both their existence: a birth date reading as heavy as an anchor but carrying with it the perplexity of a blank name tag. She secretly hopes an angel will find this extension of her, saving them both before the sun rises on her guilty conscience and the impartial street sweepers clean up the mess she leaves.

A couple of weeks ago, pastor, speaker, author and former NFL linebacker Derwin Gray joined me in studio to share his story of coming to faith in Christ, how God called him to plant a multi-ethnic church and his first book Limitless Life. Here is a good word from him on being intoxicated with Jesus. Don't forget to join me every Tuesday at 3:00 PM Eastern for The Exchange.