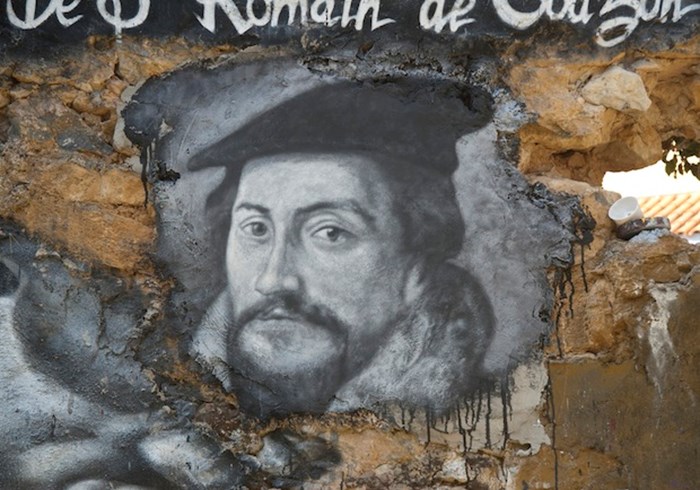 Where Did All These Calvinists Come From? — Matt Smethurst

Although I can't find a rise in Calvinism in our Protestant pastor surveys, we do find evidence of a growth of Calvinism in some denominations.

This article gives a pretty good description of the influences creating such a Calvinist growth.

Seven years ago this fall, a young journalist named Collin Hansen wrote a cover story for Christianity Today titled "Young, Restless, Reformed: Calvinism Is Making a Comeback—and Shaking Up the Church." In it he remarked:

Partly institutional and partly anecdotal, [the evidence for the resurgence] is something a variety of church leaders observe. While the Emergent "conversation" gets a lot of press for its appeal to the young, the new Reformed movement may be a larger and more pervasive phenomenon.

Two years later, Hansen released his movement-defining book Young, Restless, Reformed: A Journalist's Journey with the New Calvinists(Crossway, 2008). Traveling to destinations like the Passion conference in Atlanta, Bethlehem Baptist Church in Minneapolis, Southern Seminary in Louisville, and Mars Hill Church in Seattle, he sought to tell the stories of young people discovering Reformed theology. (Hansen, now editorial director for The Gospel Coalition, has since reflected on the book and the movement here, here, and here.)

One year earlier in 2007, Mark Dever proposed in a series of blog posts 10 factors that sparked this resurrection of Reformed theology among younger American evangelicals.

Now six years later, the "young, restless, Reformed" movement has only grown. The fact you're presently reading The Gospel Coalition blog, which didn't exist as recently as 2009, offers additional evidence.

Last week, Dever dusted off his 2007 series and delivered it, with a few changes, as an hour-long lecture at Capitol Hill Baptist Church in Washington, D.C. "If there were so few self-conscious Calvinists in the 1950s," the pastor-historian asks, "how did we get so many today?" In what follows I offer a taste of his non-exhaustive, roughly chronological attempt to answer that question—12 sources God has used to reinvigorate Reformed theology in this generation (timestamps included).

The Millennials Are Rejecting Fighting Churches and Christians — Thom Rainer

"I went to a business meeting at that church. I'm never going back."

His name is Kevin. He is a 29-year-old man from Kentucky. Kevin, by his own admission, is not a Christian. "Something made me visit that church," he told me. "I'm not sure what it was, but I know now it was a big mistake."

Kevin told me how he one day on a whim decided to go to a business meeting in the church he had visited for four weeks. He also told me how he was "blown away" by the petty disagreements and harsh language in the meeting. He was saddened to listen to one man speak in deep anger to someone else. That man was his small group leader.

"I felt like I was at a playground fight with six-year olds," he told us. "Boy did I make a mistake visiting a church."

My son, Jess Rainer, and I did a massive research project interviewing 1,200 Millennials. We shared our research in a book called The Millennials. While the interviews were done by a large team, we did get to speak to many in this generation. And we did look at all the interview results. Keep in mind that this generation is the largest in the history of the United States, almost 80 million in number. They were born between 1980 and 2000. Kevin is one of those Millennials.

But many of them are walking away from our churches, and more of them are not attending at all, when they witness or hear about negativity and divisiveness in those churches. They want to see unity among Christians, and they are often disappointed.

I got to hang out with Sarah a bit in Louisville recently. She's a brilliant writer and an all-around good person. Be sure to read this interview with Jonathan Merritt.

Anyone who's every poured themselves into living out their faith, or championing a cause, has had to face the inevitable conflict between idealism and reality. I struggled with this tension years ago after finding myself disappointed with the way I felt many Christian churches in America were failing to communicate good news and effectively love their neighbors. In a bookstore one day, I stumbled across Dear Church: Letters from a Disillusioned Generation, which taught me that I was not alone and reminded me that God works through imperfect people and churches. In many ways, it restored my faith.

That was 2006, and the author of the book was a moonfaced and unknown writer named Sarah Cunningham. Since then, she's continued to write to and for a generation of Christians who live at the nexus of idealism and reality. In her newest book, The Well-Balanced World Changer, Cunningham continues a conversation she's been leading for some time addressing how to stay sane while serving God. Her book is relevant giving the uptick in socially-conscious do-gooders and recent statistics demonstrating the tendency for those in ministry to burnout. Here, we discuss how idealistic world-changers cant fight discouragement and sustain momentum in their work.

JM: In the beginning, no one thinks burnout will happen to them. So, when people start strong, pouring themselves out for others, what is it that threatens flourishing longevity?

SC: There's a thousand different things that might threaten longevity, but almost all of them come down to a lack of awareness. When we're moving too fast, or when we're taking on too many or too big of projects that exceed our ability to emotionally manage them, we often choose to function in the rest of our lives at 60% or 80% of our energy and skill-level. We often walk around too tired or hyper-focused on just our primary cause, which dulls our own natural sense of intuition and can let us operate oblivious to the emotional warning signs stirring inside of us.

Beth Moore was a special guest on a special episode of The Exchange with me at the beginning of the summer. Beth joined me to discuss the beginning days of Living Proof Ministries, her family, and her passion for teaching the Bible. In this clip, she gives a bit of advice to pastors. Don't forget to join me every Tuesday at 3:00 PM Eastern for The Exchange.