What is the Third Wave Charismatic Movement?
Ed Stetzer 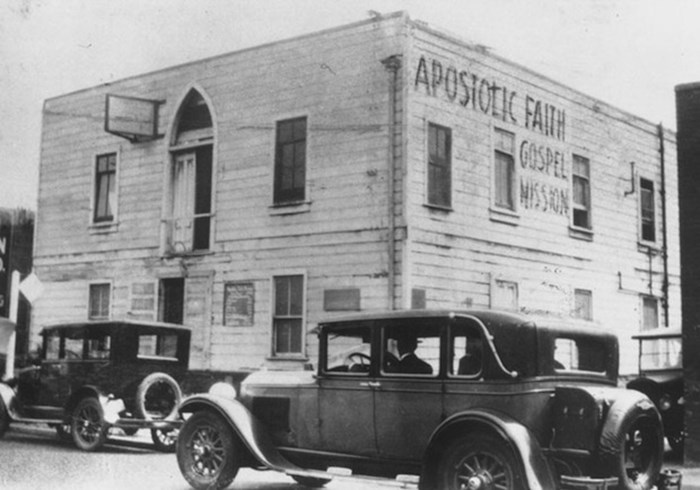 This is just one part of an entire series on various streams of Pentecostalism. Here is the rest of the series:

I've been blogging through some history of my brothers and sisters in Christ in the continualist movement, particularly focusing on Pentecostal, charismatic, and Third Wave expressions, over the last week.

It's been encouraging to see many speak about continualist believers in winsome ways in the last few days. It appears that the end result of recent conversations is that evangelicals appear to want to understand the continualist movement, not caricature it, and that's encouraging. I hope my series can be a small help in that.

As I near the end of my series on continualism, I want to highlight classical Pentecostalism's doctrine of subsequence and briefly identify the three waves of the continualist movement. Then, I'll deal with a few key elements of the Third Wave Movement.

The Doctrine of Subsequence

Historically, the vast majority of Christians throughout history have assumed that the baptism of the Holy Spirit is simultaneous to conversion. (Full disclosure: that is my view.) I use the term assumed, because it was not a major issue until the doctrine of subsequence became more prominent after the Azuza Street revival.

J.I. Packer probably is a good representation of the historic view: "Reference to a second blessing has to be read into the [biblical] text; it cannot be read out of it." [J.I. Packer, Keep in Step with the Spirit (Old Tappan, NJ: Fleming H. Revell, 1984), 203.]

On the other hand, continualist theologian Sam Storms explains, "According to most Pentecostals and charismatics, baptism in the Holy Spirit is an event subsequent to and therefore separate from the reception of the Spirit at conversion." [Grudem, W. (2011) Are Miraculous Gifts for Today? 4 Views. (Grand Rapids: Zondervan).]

Those who hold a doctrine of subsequence often (though not always) maintain that the experience of "speaking in tongues" represents the initial physical evidence of "the baptism of the Holy Spirit." Article 8 of the "Statement of Fundamental Truths" of the General Council of the Assemblies of God states, "The baptism of believers in the Holy Ghost is witnessed by the initial physical sign of speaking with other tongues as the Spirit of God gives them utterance (Acts 2:4)."

Did gifts of the Spirit die with the apostles?

The doctrine of subsequent baptism in the Spirit, as evidenced by speaking in tongues, is the classic Pentecostal belief.

In my last two posts, I looked at the first wave (Pentecostalism) and the second wave (the charismatic movement). To understand the Third Wave, you have to see it as a continualist movement without the doctrine of subsequence.

To most evangelicals, Spirit-baptism describes what occurs at salvation. Perhaps the most recognizable name identified with the Third Wave is John Wimber (though I'd certainly include less sensational continualists like the recently-deceased Chuck Smith). John Wimber, one of the founding leaders of the Vineyard Movement and a strong catalyst for the Third Wave Movement said, "Conversion and Holy Spirit baptism are simultaneous experiences."

The Vineyard churches looked like charismatics and Pentecostals, but they believed (at least in regard to subsequence) like most other evangelicals.

Classic Pentecostalism is the first of three waves that observers classify as the outpouring of the Holy Spirit in latter days. The Azusa Street Revival, led by William Seymour from 1906 to 1915, propelled this movement and included speaking in tongues, healing, and prophecy.

The Third Wave, sometimes referred to as the signs and wonders movement, is a movement that gained ground in the 1980's. The third wave constituents are "Evangelicals from reformed and dispensational backgrounds who have experienced paradigm shift and now believe that the miraculous or sign gifts portrayed in the Gospels and Book of Acts continue to the present." [Sarles, K. L. (1988). An appraisal of the signs and wonders movement. Bibliotheca Sacra, 145(577), 57-82.]

They are distinguished from other evangelicals by their belief in the continuation of the spiritual gifts, including healing, tongues, miracles, prophecy, and word of knowledge.

Any Third Wave history has to include two key individuals: C. Peter Wagner, Professor of Church Growth at the Fuller Theological Seminary's School of World Missions for 30 years until his retirement in 2001 and Wimber. To my knowledge, it was Wagner who first used the term 'Third Wave' in the title of his 1988 book, The Third Wave of the Holy Spirit.

The rocket itself, with all of its state of the art technology, will go nowhere without the fuel.

Wagner explained the Third Wave as "a gradual opening of straightline evangelical churches to the supernatural ministry of the Holy Spirit without the participants becoming either Pentecostals or Charismatics."

Wagner also tied the Third Wave emphasis to the Church Growth Movement (CGM). He believed that the tools of CGM were not enough and lacked the power of the Holy Spirit and said pithily, "The rocket itself, with all of its state of the art technology, will go nowhere without the fuel." [Wagner, C. P. and Pennoyer, F. D. (1990). Wrestling with Dark Angels. (Ventura, CA: Regal Books), 9.]

Wagner teamed up with Wimber and launched a seminary course at Fuller Seminary called MC510: Signs, Wonders, and Church Growth. Wagner and Wimber co-taught the course that was described by the President of Fuller for 30 years, the late David Hubbard, as the most popular and also the most disruptive course on Fuller's campus. [Hubbard, D. A. (1987). Foreword to Ministry and the Miraculous, ed Lewis Β Smedes (Pasadena, CA: Fuller Seminary Press), 15].

Thus, Third Wave continualists did not doctrinally (in regard to subsequence) line up with Pentecostals and charismatics, though they often looked similar (such as in many Vineyard Churches). But, the view of the movement—believing in all the spiritual gifts (including the sign/miraculous gifts) was able to "fit" into evangelical denominations that did not hold to the doctrines of subsequence.

So, Third Wave continualists are the hardest to define. The category would still include the Vineyard and many other churches that would call themselves Spirit-filled. Some would call themselves Empowered Evangelicals. But, they would also include many Christians who would believe in such gifts, but would not be identifiable in the same way as the more expressive continualists. For example, theologian Wayne Grudem (once with the Vineyard, but now more associated with Calvinists) would write a very popular systematic theology (and other books) that hold continualist views, without the doctrine of subsequence.

However, the key to the Third Wave is to understand the belief in the working of all the gifts without nececcarialy a second experience called the Baptism of the Holy Spirit.

In the final installment, I'll explore a bit more on the subject of Power Evangelism and aspirational charismatics.