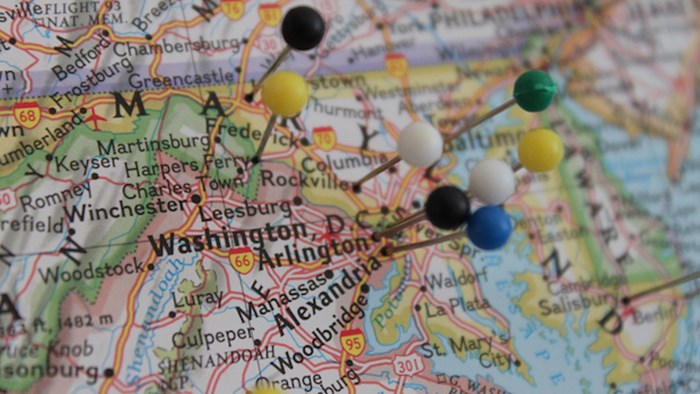 This is part one of a multipart series on Church Multiplication Movements. Find the other parts here:

Mission leaders like to talk about Church Planting Movements (CPMs), but I believe it's unlikely we will ever see one in our current context.

A Church Planting Movement has a specific definition: a movement of church planting characterized by a rapid, even exponential, multiplication of churches within a people group or population segment.

Something like that will be unlikely to happen in the society in which we live. In an industrialized society, like our own, with labor segmentation in place, people assume specialization. Whether we like it or not (and I don't) people have a hard time seeing the mechanic as the pastor.

This type of thinking hinders an exponential movement, which is why we find CPMs most often in non-industrialized societies. But that doesn't mean all movements are impossible here. In our context, we should target a different goal.

Church Multiplication Movements happen when the number of churches grow by 50 percent in a given year.

There may be various factors that prevent a Church Planting Movement in our context, but I believe we have seen and can continue to see Church Multiplication Movements. As Warren Bird and I explained in Viral Churches, these Church Multiplication Movements happen when the number of churches grow by 50 percent in a given year, with 50% conversion growth, and that growth continues to the third generation.

Over the next few weeks I want to look at how denominations in particular, but all such organizations in general, can move toward a multiplication movement.

While this is not an exhaustive list, I believe there are five basics that would help make Church Multiplication Movements a higher priority and more likely in many denominations today.

Today, I want to focus on the leaders' role in seeing a Church Multiplication Movement take place. Here are the four steps that must happen in leadership to see churches take on a viral nature.

Denominational leaders can't make a movement, but they can shape the culture of a movement by celebrating the right leaders for others to emulate.

The first thing a multiplication movement has to do is to find (or rally around) a multiplication leader. Such a person will need to be a leader with spiritual, ecclesiological and missional credibility with the denomination.

Denominational leaders can't make a movement, but they can shape the culture of a movement by celebrating the right leaders for others to emulate.

In other words, movements need movement leaders—generally pastors who will sacrifice for the sake of mission and multiplication, and will rally others to that cause. If you want your denomination, district, or network to emphasize church planting, find a multiplication leader and rally around them.

The persuasive and inspirational leader cannot do it alone, however, so they must begin to build a team with other leaders who share a multiplication vision.

2. Get other leaders to build momentum

We all know that a local church pastor seeks out key elders or deacons to build momentum for a vision within that church. In the same way, multiplication leaders must find other quality leaders to help foster a multiplication movement.

The additional leaders must actually believe in the multiplication vision and show the same willingness to sacrifice for a greater movement. You build a coalition of the willing and start planting. Then plant again. Then invite others to plant. Again.

Such a coalition starts to influence the whole denomination, which can help convince others to jump on board.

3. Get Respected Leaders to Invite Others

When it is your job it is to promote missions or church planting, you can be much more persuasive if you get involvement from respected leaders who are on board with the vision. These leaders can as validating partners. They are not paid to promote the project, but rather they are promoting it because they believe in it.

To lead a Church Multiplication Movement, you need movement leaders.

Denomination leaders have some influence persuading others to plant churches, but much less than pastors who are actually multiplying themselves. They begin to invite even more to be involved at other levels. Multiplying pastors will get others involved at various stages of the movement, including those that are actively engaged in the work and respected within the denomination.

4. Persuade others to join the movement

The reality is that a lot of the existing churches are not engaged in church planting. They haven't thought about it or don't see it as a worthy mission endeavor. Their church has become a cul-de-sac on the Great Commission highway.

These local church leaders will need to be convinced that the sending nature of God includes church planting. Each church that recognizes this and joins the movement adds credibility, momentum and a larger circle of influence to persuade others. This is where multiplication happens and the movement can go viral.

What is a leader to do?

To lead a Church Multiplication Movement, you need movement leaders. Find a persuasive leader and others with a passion for multiplication. A plan and a strategy can help, but people follow leaders. Having the right person leading is vital to move a movement toward multiplication. The movement will never happen unless key pastors are modeling sacrifice and calling others to the same.

In the next post, we will examine why your movement needs to be able to tell good stories.