The Atonement in the Passover: Exodus and Leviticus by Dr. Scot McKnight 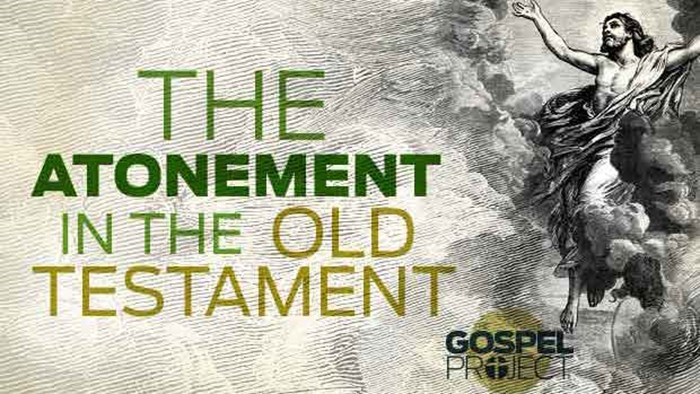 A few weeks ago, the first installment of our series on the atonement came from Dr. Stephen Um, who wrote about the atonement and blood, explaining Leviticus 17.

Two weeks ago, Dr. Jon Akin wrote on the atonement and the Garden of Eden from Genesis 3.

This week, Dr. Scot McKnight, Professor of New Testament at Northern Seminary reflects on the atonement from Exodus and Leviticus.

Atonement theories, in spite of the many claims that some of these theories did not arise until the patristic era or the medieval era or during the Reformation, derive from biblical exegesis. There are then biblical groundings for each theory—from the classical theory sometimes called Christus Victor to the satisfaction of God's honor theory with Anselm or with the more substitutionary theory of the Reformers—so it is historically inaccurate to pretend that atonement theories belong to specific eras and, the earlier one is, the better the theory.

Furthermore, we diminish the glory of the cross of Christ when we are forced to choose which theory is ours. Over coffee one day a pastor told me he had chosen the Abelardian theory and, as he put it, "You can have only one." So I did my best to provide a case for a multi-metaphor theory of the atonement.

If one but looks at the major words for atonement—from redemption to ransom to justification to the most generic of all, salvation—one sees that each plays a language game. Redemption is drawn from commerce, ransom from slavery and rescue, justification from the courtroom, and salvation from, well, about anything one needed rescuing from.

Instead of forcing us to choose which theory is best let us exploit each to the furtherance of our understanding of what God has done and the great blessings we have discovered in the cross and resurrection.

I have found great joy in contemplating atonement through the metaphors Jesus used in Mark 10:45 and 14:24, the famous "the Son of Man did not come to be served but to serve and to give his life a ransom for many," and the indisputably ground-breaking event of the last supper.

Two points about these two Jesus texts are in order here: first, the word "ransom" in Mark 10:45 is drawn from the Exodus event and the Israelites' deliverance from the judgment of God against the wickedness of Egypt through the Passover; second, the last supper occurred during Passover. We are then drawn by Jesus' own prophetic words and his own potent hermeneutical interpretation of his own death at the last supper to Passover as a clue to understanding how Jesus understood the atonement. (I am not saying this is the only way he depicted atonement.) Jesus died, indeed offered himself, as a Passover sacrifice.

Jesus died, indeed offered himself, as a Passover sacrifice.

The principal lines in Exodus 12 come from vv. 12 and 13: "On that same night I will pass through Egypt and strike down every firstborn of both people and animals, and I will bring judgment on all the gods of Egypt. I am the LORD. The blood will be a sign for you on the houses where you are, and when I see the blood, I will pass over you. No destructive plague will touch you when I strike Egypt."

Much can be learned about atonement from this simple description of Jesus' death as a Passover sacrifice.

First, the problem for the word "ransom" or Passover is captivity or slavery. That slavery in the Bible encompasses both social and national captivity as well as spiritual bondage to the devil, to the flesh, to the Torah, and to sin. So the problem is a multi-valent captivity, both spiritual and social.

Second, if the problem is slavery or captivity, the language game requires the solution is liberation or freedom. As Israel was liberated from its slavery in Egypt, so the Christian is liberated from his or her slavery to sin, the flesh, the devil and systemic injustice. (It is as unbiblical to reduce all problems to the spiritual as it is to reduce them to the social.)

I am making the case then that the language itself creates its own kind of understanding of the atonement. If the problem is slavery and the resolution is liberation, the means of liberation from slavery is the death and resurrection. At the Exodus, God stepped in to instruct Israel what to do if it would be "passed over." Blood must be smeared on the door, and in the New Testament that same means is at work to liberate us from our slaveries to sin and the flesh: we are to drink the cup of the Passover wine (or grape juice if scrupulosity has its way) as a way of smearing the blood of Christ to our heart.

Liberation is designed to make us the people of God that worship and obeys God.

Finally, why were the Israelites liberated from Egypt? To receive the Torah and to enter the Land and to obey God in covenant faithfulness by worshiping God at the core of life. So, if I may, I suggest that we are liberated in a Passover-ish way by Christ's death on the cross and resurrection from among the dead so that we might worship God, obey the Lord in the power of the Spirit, and to enter into the fellowship of the church as God's mission for this world.

The ransom and last supper language of Jesus, then, teaches us that our problem is captivity and slavery, our aim is liberation, and the means of liberation is the cross and resurrection of Jesus—and that liberation is designed to make us the people of God that worship and obeys God.

The Atonement in the Passover: Exodus and Leviticus by Dr. Scot McKnight

The Atonement in the Passover: Exodus and ...