New Research: Most Americans Want to Keep "Under God" in Pledge of Allegiance

What do Americans think about "under God" being in the Pledge of Allegiance?
Ed Stetzer 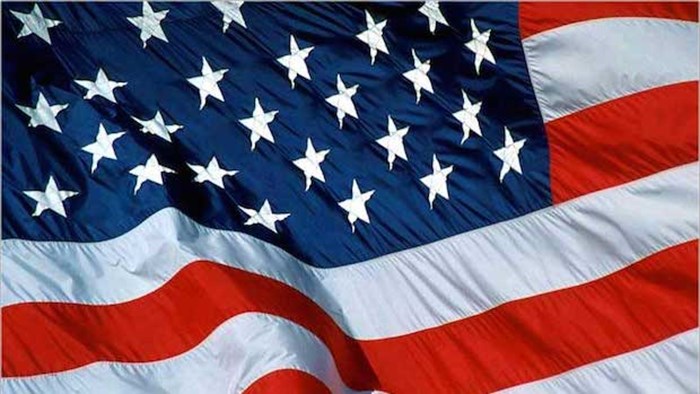 As the fabric of the United States gets markedly less Christian and more secular, evidences of the intersection of Church and State throughout America's history will be called into question.

"I pledge allegiance to my Flag and the republic for which it stands, one nation indivisible, with liberty and justice for all."

"I pledge allegiance to the Flag of the United States of America, and to the Republic for which it stands, one Nation under God, indivisible, with liberty and justice for all."

Since its addition in 1954, a number of organizations of varying atheistic backgrounds have spent enormous amounts of energy, time, and money to have the deistic phrase expelled from the Pledge.

Most recently, an atheist family in New Jersey is suing its school district in an effort to have "under God" removed from the Pledge of Allegiance on the grounds that it discriminates against atheists.

LifeWay Research just released new findings on the opinions of broader culture when it comes to "under God" in the Pledge of Allegiance. You can download the full research report here.

Here are some of the key findings:

So, if "under God" is taken out of the pledge, it will be by judicial fiat and not by popular vote. 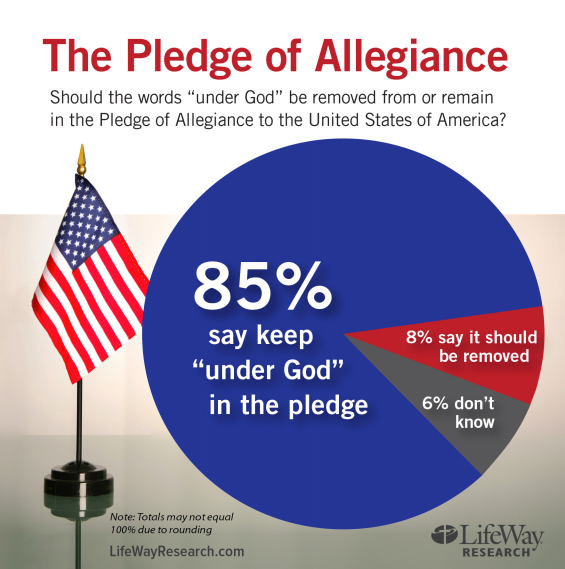 New Research: Most Americans Want to Keep "Under God" in Pledge of Allegiance

New Research: Most Americans Want to Keep "Under ...